Following the March 15 terrorist attack at two mosques in Christchurch, New Zealand, key figures in the anti-Muslim movement tried to distance themselves from the suspect, despite the fact that his manifesto contained anti-Muslim talking points that these groups have promoted in the past. John Guandolo, a prominent figure in the movement, called the attack “monstrous” but added, “[T]his also highlights the growing frustration in the West by citizens who feel helpless watching their communities being surrendered by their leaders to Islamic jihadis implementing barbaric sharia [law].” Brigitte Gabriel, the leader of the nation’s largest anti-Muslim hate group, ACT for America, undertook a national speaking tour to promote her new book. Her group planned a fundraising gala at President Trump’s Mar-a-Lago resort, but Mar-a-Lago canceled the event after it was publicized by the SPLC.

What’s Ahead he Trump administration continues to pursue policies that align with the anti-Muslim movement’s discriminatory agenda. It has set a low refugee cap for 2020, expanded the countries listed in the Muslim travel ban and floated the controversial proposal of designating the Muslim Brotherhood as a foreign terrorist organization. Anti-Muslim hate groups will have an ally in the White House for at least one more year.

All anti-Muslim hate groups exhibit extreme hostility toward Muslims. The organizations portray those who worship Islam as fundamentally alien and attribute to its followers an inherent set of negative traits. Muslims are depicted as irrational, intolerant and violent, and their faith is frequently depicted as sanctioning pedophilia, coupled with intolerance for homosexuals and women.

These groups also typically hold conspiratorial views regarding the inherent danger to America posed by its Muslim-American community. Muslims are viewed as a fifth column intent on undermining and eventually replacing American democracy and Western civilization with Islamic despotism, a conspiracy theory known as “civilization jihad.” Anti-Muslim hate groups allege that Muslims are trying to subvert the rule of law by imposing on Americans their own Islamic legal system, Shariah law. The threat of the Muslim Brotherhood is also cited, with anti-Muslim groups constantly attacking Muslim civil rights groups and American Muslim leaders for their supposed connections to the Brotherhood. Many of these groups have pushed for the Brotherhood to be designated a foreign terrorist organization.

Anti-Muslim hate groups also broadly defame Islam, which they tend to treat as a monolithic and evil religion. These groups generally hold that Islam has no values in common with other cultures, is inferior to the West and is a violent political ideology rather than a religion.

In recent years, the most influential groups — namely ACT for America and the think tank Center for Security Policy (CSP) — have sought to develop closer relationships with elected officials both at the state and local level. A shift in targets has also taken place recently with the Syrian refugee crisis, as anti-Muslim groups have increasingly directed their ire toward the American refugee program. Refugees are commonly depicted as potential terrorist infiltrators by these organizations. Small anti-refugee groups have popped up across the country and fought the relocation of refugees at the hyper-local level. 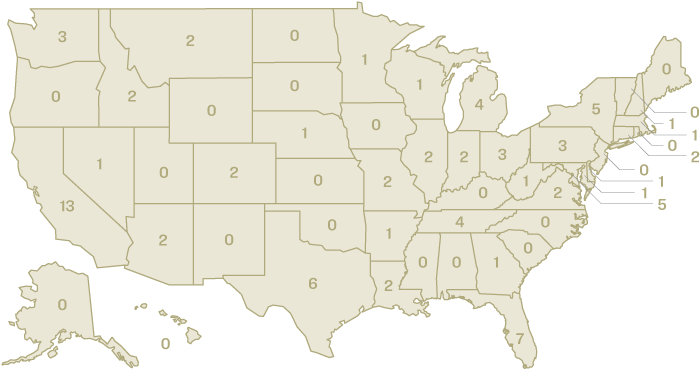 United West, The
Lake Worth, FL