Two more white supremacist organizations collapsed this spring, the latest casualties in a radical right characterized in the last few years by major troubles and organizational shifts. One of them, National Vanguard, was recently an important component of the racist scene, with 14 chapters in 11 states.

The other was a tiny New Jersey Klan group best known for its pugnacious but ineffective leader.

The neo-Nazi National Vanguard (NV) fell apart in late March, apparently unable to survive the imprisonment of its leader, Kevin Strom, on charges of child pornography and witness tampering. Strom had formed the group in April 2005 as a breakaway from the neo-Nazi National Alliance and headquartered it in his hometown of Charlottesville, Va. But as early as last September, four months before Strom's arrest, rebellious elements within NV already had attempted to move the headquarters to Sacramento, Calif. Early this year, the state of Virginia liquidated the group's legal parent, making it impossible, according to the Sacramento insurrectionists, to access the group's bank accounts.

A March posting on the NV website proposes that readers "interested in pro-European-American activism" sign on with what is apparently NV's newly minted replacement, European Americans United (EAU), which supports white separatism and is against "Third World immigration," and that they keep abreast of the news at the group's Western Voices World News site. To avoid the kind of collapse that happened to NV, a board of directors, instead of one person, will run EAU, and all directors must prove they have no criminal background. Paeans to neo-Nazi leaders like the late National Alliance founder William Pierce are to be replaced with calls to white nationalism in hopes of building a broader movement. 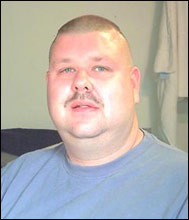 Joseph Bednarsky, the pugnacious leader of the tiny Confederate Knights of America, has shut down the group, saying he now regrets the "hateful things" he did in the Klan.

In late March, EAU held its first event in Sacramento, where Drahomir Stojkovic, a former leader in NV and the National Alliance, heads the group's local chapter. It featured a four-course dinner, complete with wine tasting, and a talk by Croatian academic Tomislav Sunic about his most recent book, Homo Americanus: Child of the Postmodern Age. A former American university professor and Croatian diplomat, Sunic often writes for the far-right Chronicles: A Magazine of American Culture. Sunic also gave a late March talk to a gathering in Phoenix primarily made up of former NV members. According to activist Kevin Walsh, Sunic gave the audience some tactical advice — talk about "European-American" consciousness rather than "white" consciousness — that EAU does seem to be following.

Meanwhile, the Confederate Knights of America, a one-chapter Klan group in Millville, N.J., that is known for its frequent rallies and belligerent leader, also shut its doors in late March. Imperial Wizard Joseph V. Bednarsky disbanded the group and said he was leaving the movement. He cited his family's safety, Klan infighting, and a newly discovered aversion to "hate."

"Don't make the same mistake that I made and waste half your life on a cause that is going nowhere," Bednarsky admonished his former friends. In a letter entitled "My Apology," Bednarsky also expressed regret for his 20-year involvement in the Klan and for the "hateful things" he had done. Bednarsky says he's now dedicated to fighting hate and plans a book, tentatively entitled Life Behind the Mask.