The jury found Barnett liable for assault and infliction of emotional distress. 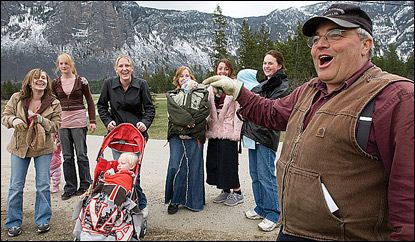 For the second time, Roger Barnett has been found liable for damages after holding suspected undocumented immigrants at gunpoint. Barnett frequently patrols with his brother, Donald.

A federal civil jury rendered a mixed verdict in the latest lawsuit against border vigilante Roger Barnett. On Feb. 17, the eight-member jury in Tucson, Ariz., rejected claims that Barnett, a southern Arizona rancher, violated the civil rights of four Mexican women he detained at gunpoint on his property in 2004. But the jury found Barnett liable for assault and infliction of emotional distress. It ordered him to pay the women $77,804 in damages, $60,000 of them punitive.

Barnett regularly patrols his 22,000-acre ranch, located about five miles north of the border. He travels armed with an AR-15 assault rifle and a pistol, bearing a blue-and-gold badge that closely resembles that of the Arizona highway patrol, emblazoned with the words, "Barnett Ranch Patrol, Cochise County, Arizona." Three years ago, he claimed to have captured more than 10,000 suspected border-crossers since 1997. 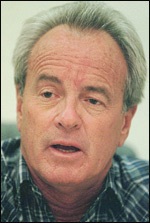 In 2006, a state jury in Arizona, ruling in a lawsuit sponsored by the Southern Poverty Law Center, ordered Barnett to pay $98,570 to a family of Mexican-Americans, including two young children and their friend, who he mistook for undocumented immigrants and held at gunpoint. The family was hunting on federal land that Barnett leases in October 2004.

The victims in that case testified that when one of them asked Barnett, in English, "What is your name, sir?" he flew into a rage, chambered a round in his rifle, used racial epithets, and then yelled: "My fucking name is Roger Barnett. If you don't get off my property, I'm going to shoot you and shoot you and shoot you."

The more recent lawsuit stemmed from another 2004 incident, this one in March, that began when Barnett's dog led him to a group of 24 immigrants in a brush-studded arroyo. The four plaintiffs alleged that Barnett drew a pistol and pointed it at them, kicking and threatening to kill them before finally turning them over to the Border Patrol.

"His activities go way beyond defense of property," said Mexican American Legal Defense and Educational Fund attorney Marisol Perez. "He intimidated these individuals, he threatened them with a gun."

Barnett has never been indicted for any criminal violations related to his vigilante activity. Although a deputy sheriff who investigated the October 2004 confrontation found evidence to charge Barnett with eight felony counts of aggravated assault and 10 misdemeanor counts of disorderly conduct and intimidation, the Cochise County prosecutor refused to file charges. Ronald Morales, a member of the hunting party, said the prosecutor told him, "No jury in Cochise County will ever convict Roger Barnett."