White supremacist David Lynch, founder of one of the nation's oldest racist skinhead groups, was found shot to death in his home in the Sacramento, Calif., suburb of Citrus Heights on March 2. Lynch's girlfriend, five months pregnant with their child, was shot in the leg but survived. Local news reports said that two children, apparently uninjured, were believed to have been inside the home at the time of the shooting.

The day of the attack, tattoo artist and musician Charles Gilbert "Charlie Boots" Demar III, described as Lynch's friend and white supremacist ally, was taken into custody. Demar faces "a multitude of felony narcotics charges" and up to life in prison under the state's three-strikes statute, said Citrus Grove police spokesman Lee Harrington. But Demar has not been charged with Lynch's murder, which is still considered an open homicide investigation, Harrington told the Intelligence Report. Demar is the lead singer of Stormtroop 16, a white-power rock band. 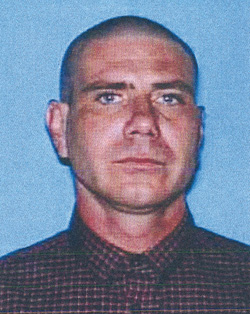 Lynch was a clever and charismatic racist skinhead organizer whose history of racist activism dates back to the late 1980s, when he became the eastern states coordinator for American Front, a nationwide racist skinhead coalition modeled after Britain's National Front. He was also a brash self-aggrandizer — and reckless, getting arrested repeatedly in the 1990s for such petty offenses as stealing beer and failing to pay parking tickets. Twice, he was caught in a car full of weapons, including machetes, pistols and AK-47 assault rifles, on his way to widely publicized white power demonstrations.

After American Front's power waned in the mid-1990s, Lynch lived for a time in Canada, then relocated to Sacramento, where he gradually assumed control of the Sacto Skins, one of the oldest skinhead gangs in the country.

In his second incarnation, Lynch positioned himself as a kind of pan-Aryan peacemaker, dedicated to uniting quarrelsome skinhead crews and promoting the white supremacist movement above his own celebrity status. He sought to unite skinhead crews in northern and southern California, Utah and Florida under a revived American Front franchise.