Polygamist and self-proclaimed prophet Warren Jeffs — one of at least three high-profile preachers embroiled in sex abuse scandals — has been extradited to Texas for a trial expected to begin sometime this year.

Jeffs is the imprisoned head of the Fundamentalist Church of Jesus Christ of Latter-Day Saints (FLDS), which has its roots in a split in the Mormon Church in 1890, when the main organization renounced polygamy. FLDS has compounds in southern Utah, northern Arizona, Texas, Colorado, South Dakota, Canada and Mexico. Jeffs was convicted in 2007 for his role in arranging the marriage of an unwilling 14-year-old girl to her 19-year-old cousin six years earlier. That conviction was overturned, but authorities plan to retry him and he remains in prison.

The new charges in Texas stem from a 2008 raid at the Yearning for Zion ranch in Eldorado, Texas, where authorities initially put more than 400 children in state custody on the grounds the girls were being sexually abused and the boys groomed to be sexual predators. 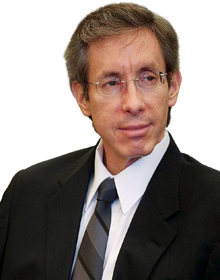 In addition to his controversial teaching on the suitability of young girls for marriage, the rawboned prophet has preached to his more than 10,000 followers that "the black race is the people through which the devil has always been able to bring evil unto the earth," and that homosexual intimacy "is the worst evil act you can do, next to murder."

Tony Alamo, another preacher convicted for sexually abusing children, made headlines again when a federal appeals court upheld his conviction for taking underage girls across state lines to sexually exploit them.

Alamo, head of the virulently anti-gay Tony Alamo Christian Ministries, was arrested in 2008 after 100 federal and state investigators raided his compound in Texarkana, Ark., as part of a child pornography investigation involving allegations of physical and sexual abuse, polygamy and underage marriage. During trial, one of his followers testified that Alamo, whose real name is Bernie LaZar Hoffman, had taken an 8-year-old wife.

Alamo was sentenced to 175 years in prison after he was convicted in 2009 on 10 counts of violating the Mann Act, a century-old law originally aimed at stopping women from being sold into prostitution. He is being held in Tucson, Ariz., where he was recently placed in a special wing after he began threatening prosecutors and others connected to his case. 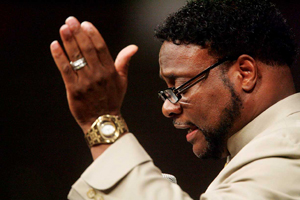 On the defense: Bishop Eddie Long, one of America’s most homophobic black preachers, has been accused by four men of coercing them into sexual acts when they were teenagers

Then there is the case of Bishop Eddie Long. He's accused by four men of misusing his role as pastor, counselor and bishop of the New Birth Missionary Baptist Church in Georgia, one of the largest megachurches in the nation, to coerce them into sexual acts when they were teens. As of press time, both parties in the lawsuit had agreed to mediation to avoid what was expected to be a long and embarrassing civil trial, scheduled this summer in the event of an impasse in negotiations.

The Southern Poverty Law Center in 2007 identified the charismatic pastor as "one of the most virulently homophobic black leaders in the religiously based anti-gay movement." In a videotaped sermon, Long declared, "The problem today, and the reason society is like it is, is because men are being feminized and women are being masculine! You cannot say, 'I was born this way' … I don't care what scientists say!"

The lawsuit alleges that Long gave the boys gifts of cars, college tuition and overnight trips to curry their favor.