One of the men behind a crude piece of anti-Muslim propaganda blamed for provoking deadly riots across the Middle East helped train a paramilitary militia at an extreme-right Christian church in California.

One of the men behind the attack film “The Innocence of Muslims” — a crude piece of anti-Muslim propaganda blamed for provoking the September murder of the American ambassador to Libya and deadly riots across the Middle East — helped train a paramilitary militia at an extreme-right Christian church in California. He also heads an organization listed as an anti-Muslim hate group by the Southern Poverty Law Center (SPLC).

Steve Klein, a Hemet, Calif., consultant on the film that has been condemned around the world, believes that his state is riddled with Muslim Brotherhood sleeper cells “who are awaiting the trigger date and will begin randomly killing as many as they can.” He recently helped lead drills for the militia run by the extremist Church at Kaweah in central California — a militia whose leader has referred to the president as “Dictator Obongo” and recommended sending guns to drug cartels to “decrease the excess population in Mexico.”

The trainings are described as a “unique system of learning how to survive the Muslim Brotherhood as we teach the Christian Morality of Biblical Warfare.” 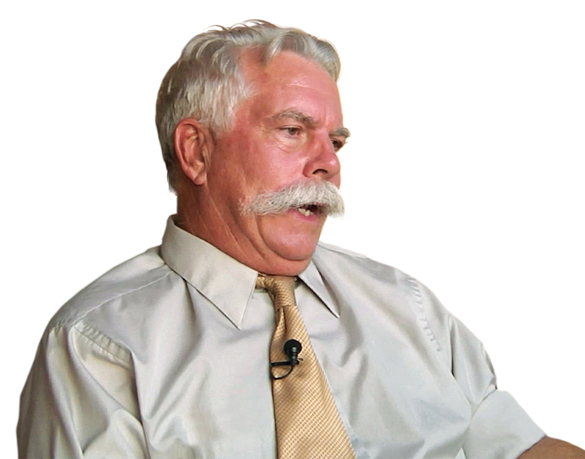 Klein also led drills with the Christian Guardians, a San Francisco-based group headed by Andrew Saqib James, an American-born Pakistani Christian who calls Islam “a giant crime syndicate” and hopes his group will become “the most feared militia in the world.” Some drills have taken place at the Church at Kaweah.

Klein has a long history on the militant religious right. In 1977, he founded Courageous Christians United (CCU), a group that conducts “respectful confrontations” outside of abortion clinics, Mormon temples and mosques. (Klein, who no longer heads CCU, was thrown off the board in September as a result of his involvement in the film.) Today, he heads Concerned Citizens for the First Amendment, an anti-Muslim group that, like the Church at Kaweah, has been designated a hate group by the SPLC.

Klein, who brags about having led a “hunter killer” team as a Marine in Vietnam, has described Islam as a “penis-driven religion” whose adherents have “no choice but to hunt Jews and Christians down, torture us and murder us.”

“We are a country at war and the enemy is among us,” he wrote on Facebook in 2011. “I don’t care what [Homeland Security Secretary] Janet Napolitano says, it’s a fight to the death and we should be prepared as possible. … I know I’m getting prepared to shoot back.”

Klein’s desire to engage in violence apparently isn’t limited to the Middle East. He recently boasted on a radio show about how an anti-Muslim leafleting campaign he conducted led to fights at a California high school. “If the kids are willing to fight,” he said, “that’s because they realize how dangerous Islam is.”