Neo-Nazi James von Brunn murdered a security guard at the U.S. Holocaust Museum. The damage he caused didn’t end there.

The attack was von Brunn’s second criminal act in the name of liberating the world from what he believed was an oppressive Jewish conspiracy. In 1981, he carried a sawed-off shotgun, a pistol and a hunting knife into the Federal Reserve, where he hoped to make a citizen’s arrest of the Board of Governors. He was arrested and ultimately sentenced to a maximum term of 11 years in prison.

Released in 1989, von Brunn continued his crusade, maintaining connections with major figures of the radical right like Ben Klassen, founder of the racist and anti-Semitic World Church of the Creator, and Holocaust denier Ernst Zundel, author of The Hitler We Loved and Why. In 1999, he wrote Kill the Best Gentiles, a racist and anti-Semitic tome that argues that whites are seeing “today on the world stage a tragedy of enormous proportions: the calculated destruction of the White Race and the incomparable culture it represents. Europe, former fortress of the West, is now over-run by hordes of non-Whites and mongrels.” He also ran the white supremacist hate site HolyWesternEmpire.org.

At the time of his attack on the Holocaust Museum, von Brunn was sharing an apartment in Annapolis, Md., with his son Erik, then 32, and Erik’s fiancée. Shortly after the shooting, Erik von Brunn, who had recently graduated from the University of Maryland and planned on being a history teacher, issued a statement to ABC News in which he denounced his father’s ideology and described the devastating impact it had had on his family. 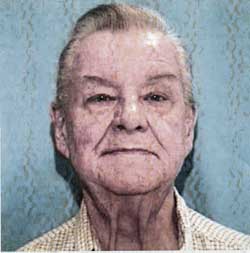 Your father was in prison for much of your early childhood. What did you know about him while growing up?

My mother didn’t let me know much of anything. Until I met him, he was always fighting a war, that’s what she used to tell me — that he was fighting a war and he’d be back soon.

I didn’t know that he was in prison until I was about nine. All the letters that he wrote, she confiscated; I never got to read any of those letters until much later in life. And when he got out, he tried to tell me all about what he was doing and get me on board. I bought into it for a while because he was my father and I wanted to know him.

What did he do to draw you in?

He would tell me his version of what was going on in America, the banking system, the world. All of his conspiracy theories. And being an impressionable kid, it all made sense. Again, like I said, I wanted to make him proud, so I tried to believe what I could believe of it. But I never really fully believed any of it, to be honest with you. It was just me trying to impress him.

When I went off to college, or even before I went to college, I was able to ask him questions he couldn’t answer. Like, okay, so how do you fix it? What’s your utopian ideal here? And he could never answer those questions. And when I got back from college and I could debate him into a corner, it was always because I was getting “brainwashed by the Marxist professors there at the University of Maryland.”

Do you know how he came to believe the things he did?

I know he did his own research. He always told me that there were a certain amount of Jews in 1938 throughout the world and then in 1946 the number had gone up, and he always wondered how that had happened when 6 million of them were supposedly killed. As he put it, they were all living in New York.

When he got back from the [Second World] war, he couldn’t find a job because his last name was von Brunn. So he was discriminated against and he started his own research. I don’t know the details; obviously, I don’t know where he applied. He was a fantastic artist and he got into advertising, did some major advertising gigs with some pretty famous companies like Perdue. But he’d talk about how he’d gotten passed over because of his name, compared to a quote, unquote, Rosenbaum or Levinstein or something like that.

Did he ever talk about his experience in the war?

Very rarely. That was a very sensitive subject for him. He frequently talked about the Messerschmitts [airplanes] coming down on his boat, how many Germans he had killed, you know, picking their bodies out of the water and stuff like that. He got very emotional on Memorial Day and that was one of the days I told him I loved him. 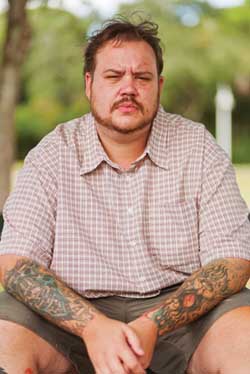 Being so devoted to history that I took it as my major, knowing what I know about history and great men of history, I really had no choice but to respect him. I mean, here was a guy who was willing to sacrifice his life and the lives of people he loved to further a cause he so wholeheartedly believed in, whether it be right or wrong. That takes courage; that takes a tremendous amount of self-will and strength and courage. And, on the one hand, I have to respect that. On the other hand, being his son and knowing he’s willing to kill me to further his agenda, I hated him for it. So it was very confusing.

He was willing to kill you to further his agenda?

He felt he was in a war, and sacrifices had to be made. And he was ostracized from his community, couldn’t get a job and was forced to rely on his sister to survive. I didn’t want that as my life. He was disappointed that I didn’t.

At one time I took him out for lunch and asked him, “What would you do?” “Well, blow up New York and D.C.” And I was like, “Okay, I live in Annapolis, the radiation alone would ensure that I was killed as well.” His response was, “Well, there have to be sacrifices in war.”

Who else did he spend time with?

He occasionally met with Ernst Zundel, the famous Holocaust denier in Canada.

If he met anybody, it was with the upper ranks of the right-wing movement, [with] which, ironically enough, he disagreed.

He disagreed with the NA [the neo-Nazi National Alliance], the skinheads, and all those kind of things. He thought that the skinheads were just an unorganized group of thugs.

The KKK was just laughable to him, because they were good ole boys just drinking beer and looking for an excuse to kill black people. They didn’t know what they were doing; they didn’t know why they were fighting. It was just, “Kill this man because of the color of his skin.” He didn’t agree with that. He wanted white people to have their own country, black people to have their own country, and so on.

What was his attitude towards black people?

He had the utmost respect for African Americans. He loved them as athletes. He felt that what happened to them in this country was a travesty. He felt that they had their own culture, which was one to be admired and gave us music and so on.

He felt that they deserved to have their own culture and their own country and survive as they were.

Don’t get me wrong, if he saw a black man with a white woman, he’d rather kill the white woman than the black man. He couldn’t stand the intermingling of races. But his biggest quarrel was with the Jewish people.

Did he talk with you about his attack on the Federal Reserve?

You majored in history in college; you must have encountered some of the same material he was obsessed with.

I didn’t want to get into modern history. I stuck to East Asian and medieval. Anything that led me back to what my father was believing, I got as far away from it as I could, again just for fear that it would consume me like it did him. I probably shortchanged myself because I didn’t read as much of it as I should have, but, again, I was terrified.

Was there ever a point when you wondered if you should say something to someone about your father because you thought there was an imminent danger?

That’s what drove me to [attempt] suicide. Looking back on the weeks before he did what he did, I saw that he was basically writing out a bucket list. And I should have said something. A little boy’s father [Stephen Tyrone Johns] is dead because I didn’t act on it.

But in the two or three years that he lived with us, he terrorized us. He was extremely disrespectful to my fiancé and constantly on me, and it just got to be too much, to the point that when I graduated our intentions were to move to Florida and let him go on with his own life.

He led me to believe he would be staying with a friend in Alexandria, who I had met. I didn’t care to remember his name because at that point I was done with my father. I wanted him out of my life. I wanted him out of our life so we could start our own life, and damn the consequences. You know, he was 88 years old; I didn’t think he had it in him.

Was the Holocaust Museum something he’d talked about?

No. I didn’t know where he would go or if he would go, what his target would be, even if he had one in mind. I don’t know what he was doing. At that point in my life, I was just thinking, well, I’m finally free. That lasted all of three days before I realized I would never be free of it.

What do you mean when you say it lasted three days?

I had driven to Florida. I was going to make plans for me and my future wife to finally have a house of our own and start moving on with our life. I finally felt free at that time.

And now I’ll never be free of it, I’ll never be rid of the guilt. He knew it. He postdated a letter to me which I received at my mother’s house in Florida when I got down there just a couple days after the incident, where he essentially said that I would never have the courage to do what was necessary, that I would never live up to the von Brunn name, that I should change my name because I don’t deserve it. And that it was my fault for what happened. Essentially that I was a terrible son. I got that a couple days after he did what he did.

Is there anything else you’d like people to know about your experience?

Well, I don’t know if I could say that there’s hope because I haven’t found any yet. Maybe it’s something you can survive — you can condemn it, you can try to live your own life. But mine hasn’t turned out exactly how I expected it to turn out. I’ve lost everything because of him. My fiancée, my ability to work. I have nothing but guilt. To have someone take your life away is a terrible thing. To have it be your father, that’s even worse.