The anti-Muslim hate parade continued its shameful march across the country in recent months. Six days before Christmas, Randolph Linn, 52, of St. Joe, Ind., pleaded guilty in U.S. District Court to setting fire to a mosque outside of Toledo, Ohio, on Sept. 30 after driving nearly two hours from his Indiana home “to get some payback” for Americans who had been killed, according to The Blade newspaper.

“When you went through that door, you did not attack extremists or terrorists,” the paper quoted Judge Jack Zouhary as telling Linn during the hearing. “Instead, you attacked the place where families come to pray.

“Ironically,” the judge added, “it’s your own violence that was sinful and evil.”

Linn admitted to setting fire to a rug in a prayer room at the mosque after walking through the building with a gun, checking each room for worshipers. As part of the plea agreement, he was sentenced in April to 20 years in prison and must pay restitution to the mosque.

Authorities, according to The Blade, said Linn left Indiana with several firearms and three gas containers. He stopped at a gas station near the mosque, filled the containers and then drove to the 60,000-square foot building, which was damaged by smoke and water. 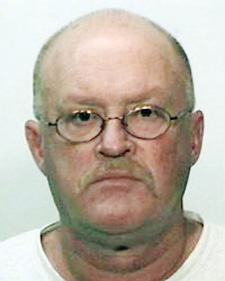 Randolph Linn walked through an empty mosque in Toledo, Ohio, with a gun looking for worshippers. Finding none, he tried burning down the mosque instead, ultimately resulting in a 20-year sentence in federal prison.

A few weeks after Linn’s guilty plea, law enforcement officials had to provide stepped-up security for Muslims taking part in “Texas Muslim Capitol Day” at the state Capitol in Austin after threats were made on a notorious anti-Islam hate blog, said Corey Saylor of the Council on American Islamic Relations (CAIR), a Muslim civil liberties and advocacy group.

Saylor said the threats included statements such as the grammatically challenged post by “Chris,” who wrote, “A big bunch of muzzies all in one place eh?? Why not give em a warm Texas welcome. How do you Americans say? LOCK AND LOAD!”

Someone else wrote, “Call out the texas militia and kill and capture all participates. What in hell is going on in texas?”

Saylor said the man allegedly threatened to kill the clerk and burn down the store because the worker was “Muslim.”

The man apparently made the same threats to at least three other stores.

“None of the store clerks,” Saylor said, “are actually Muslim.”