Law enforcement officers have often been the target of violent attacks by “sovereign citizens,” antigovernment extremists who believe they don’t have to obey most laws or pay taxes and have been known to react murderously to perceived incursions on their freedom. Seven American law enforcement officers have been killed by sovereign citizens in the past decade.

Now, Nevada law enforcement officials may have headed off yet another deadly attack. In August, following a four-month investigation, Las Vegas police arrested convicted sex offender David Allen Brutsche, 42, and a woman described as his roommate, 67-year-old Devon Campbell Newman. The pair allegedly planned to randomly encounter an officer during a traffic stop, abduct him or her at gunpoint, and take the officer to their house. There, police say they intended to conduct a bogus “common law” court trial before executing the officer, using acid and plastic bags to dispose of the body. 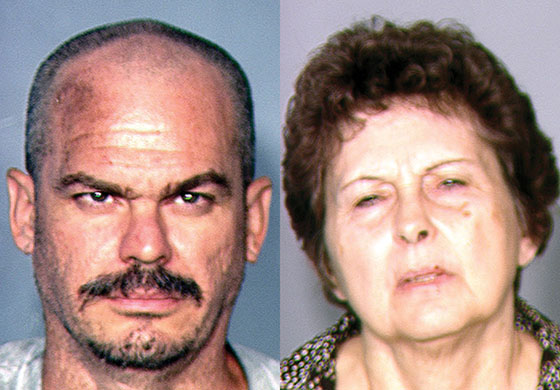 Police have described both Brutsche and Newman as sovereign citizens, and allege that Brutsche in July told an undercover police officer, “I will kill anyone that tries to stop the cause of liberty,” adding,  “I have no qualms about it.” Following more than six hours of testimony from an undercover detective, who said the pair believed police officers are guilty of treason, a judge ordered Brutsche and Newman to stand trial on one count each of conspiracy to commit kidnapping.

The problem of sovereigns is not confined to U.S. borders. In recent months, Canadian papers have increasingly reported on instances of sovereign activity. Though the setting is different, the tactics of Canadian sovereigns seem largely the same.

In Septemer, the tale of an elderly landlady whose tenant changed the locks and filed a bogus property lien against the Alberta house she’d rented him, then declared it the property of “The First Nations Sovran Embassy of Earth,” made national news. So did a report by Alberta’s justice minister that he and a fellow official had been the object of baseless lawsuits demanding “$1,000 quadrillion” — a favorite game of sovereign citizens who drag perceived enemies (often government officials) to court on imaginary charges and sue them for outlandish sums. Sovereign citizens in Canada, like their counterparts in the U.S., were also said to commonly face arrest for tax evasion, fraud, contempt of court, and driving without valid identification.

In September, The Globe and Mail reported that the Royal Canadian Mounted Police and the Canadian Association of Chiefs of Police were developing training material to help Canadian law enforcement deal with the threat posed by sovereigns, also referred to in Canada as “Natural Persons” and “Freemen-on-the-Land.” Canadian authorities estimated the movement has about 30,000 adherents, compared to an estimated 300,000 in the U.S.