The 23-year-old man who allegedly killed a TSA official and wounded four other people at Los Angeles International Airport was carrying a manifesto that referred to the NWO, or New World Order, the Federal Reserve and “fiat currency,” according to a knowledgeable source with ranking law enforcement contacts.

Paul Anthony Ciancia, who was shot and critically wounded during the Nov. 1 attack but recovered sufficiently to be released from a hospital 18 days later, also verbally attacked former Department of Homeland Security (DHS) Secretary Janet Napolitano, who had stepped down from her job in August. Ciancia’s note called her a “bull dyke” and contained the phrase “FU Janet Napolitano,” the source said. 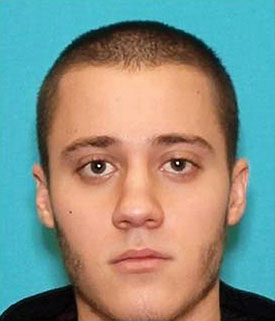 So-called Patriots increasingly see the DHS, which produces intelligence assessments of extremists that are distributed to other law enforcement agencies, as an enemy and even a collaborator in the New World Order conspiracy. Many believe DHS has targeted their movement and is somehow connected to the alleged construction of concentration camps by the Federal Emergency Management Agency. The purported camps are thought to be intended for those Americans who resist a coming seizure of their guns by agents of the New World Order.

The TSA, short for Transportation Security Administration, is an agency of DHS that is charged with ensuring the security of public transportation, notably air transportation. Several news organizations reported that Ciancia’s note also referred to his desire to kill “TSA and pigs.” Witnesses said Ciancia asked people at the airport if they were TSA employees and, if they replied no, moved on.

The Intelligence Report has found no indication that Ciancia was involved in any radical groups, including Patriot groups. But his alleged attack came at a time when the Patriot movement has been growing by leaps and bounds, from some 149 groups in 2008 to 1,096 in 2013, the latest count, according to the SPLC.