The fall of 2013 was a season of discontent — and guilty pleas — for one of the country’s most violent white supremacist prison gangs: the Aryan Brotherhood of Texas (ABT).

By Thanksgiving, federal prosecutors had racked up guilty pleas from fully half of the 36 gang members who were indicted in 2012 for committing multiple acts of robbery, arson, kidnapping, arson, narcotics trafficking and murder.

Among those pleading guilty in the sweeping racketeering case were two reputed ABT “generals” — William David “Baby Huey” Maynard and 68-year-old Charles Lee “Jive” Roberts. When it came to murder, it appears Roberts wasn’t jiving. Authorities say he admitted he had six people killed on behalf of the gang in 2011. 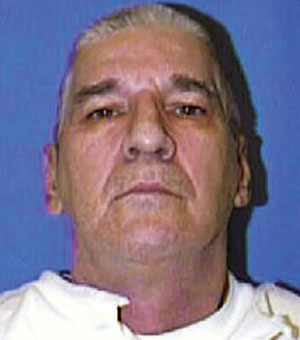 “I just want a decent place for my retirement,” he continued, asking the court to send him to a prison with a medical facility. “You give me 20 years, 30 years, life, I don’t care. If you need to make an example of somebody, here I am.”

There are plenty of other examples waiting to be made. Authorities say the Aryan Brotherhood of Texas has an estimated 2,500 members — members for life who face death for not following orders or betrayal. Those orders often include spilling blood.

“The defendants and numerous other ABT gang members met on a regular basis at various locations throughout Texas to report on gang-related business, collect dues, commit disciplinary assaults against fellow gang members and discuss acts of violence against rival gang members among other things,” court documents charged.

Indeed, ABT is considered one of the most violent crime syndicates in the United States, a menace to society in and outside of prison. Established within the Texas prison system in the early 1980s, ABT patterned itself after the precepts and writings of the Aryan Brotherhood, the evil grandfather of white prison gangs formed in California prisons in the 1960s.

The remaining 18 ABT members indicted in 2012 — including gang generals Terry Ross “Big Terry” Blake and Larry Max “Slick” Bryan — are scheduled to stand trial in May in U.S. District Court in Houston. Other guilty pleas could occur between now and the start of the trial.

It looks like spring will also be a season of discontent.