Violent hostility toward American Indians may be our original hatred, going back to more than 250 years before the American Revolution and even predating the anti-black racism that was long nourished by slavery. Indigenous peoples have been the victims of massacres, exploitation, cultural annihilation and a litany of hate violence that continues to this day. They are weak, marginalized and ignored.

Still, the organized anti-Indian movement has in recent decades adopted the language of the civil rights movement. Although its claims are clearly disingenuous, they are cloaked in terms of “equality,” complaints about government favoritism, and calls for repealing treaties and “special” rights for Indians in favor of treating all American citizens alike. Anti-Indian activists rarely talk about their enemies in the openly contemptuous ways favored by other parts of the radical right.

Until now, that is.

In the last year or two, some of the nation’s leading anti-Indian activists and groups have added a completely new twist to their attempts to wrest away water, fishing and other rights legally granted to Indians under an array of treaties: the idea that power-mad globalists are using an entirely voluntary UN sustainability plan to wipe out property rights, local democratic government and freedom itself.

“The language of Agenda 21, and the language of the United Nations’ indigenous people’s declaration, signed by President Obama, is now being incorporated into federal regulations,” Elaine Willman, the silver-haired matriarch of the movement, claimed in Kalispell, Mont., last fall. “Federal Indian policy is tying in and being coordinated with international and United Nations goals, and the long-term goal of the United Nations and Agenda 21 is that states will go away.” 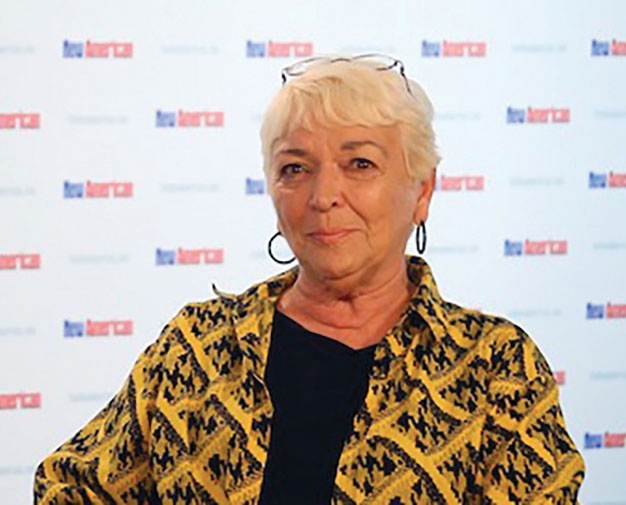 Willman was speaking to a conference hosted by the Citizens Equal Rights Alliance (CERA), arguably the most important anti-Indian group in the nation, at Kalispell’s Red Lion Hotel last September. Just five months earlier, she had moved to Montana from Wisconsin, where she worked to challenge various sovereign rights of the Oneida Indians as an official of the city of Hobart. She came because she fears the final approval of a long-contested water compact between the state of Montana and the Confederated Salish and Kootenai Tribes (CSKT) portends disaster.

“I became convinced the CSKT Compact is a template for federalizing all state waters and implementing communalism and socialism consistent with Agenda 21, and that it is intentionally aligned to spread tribalism as a governing system while eliminating State authority,” she wrote to a newspaper earlier in 2015.

“It is my belief that Montana is Ground Zero for test-driving this model in a highly-prized state of small population. I so seriously believe this peril is a fight worth fighting that I have walked away from an excellent employer and moved my family, household and consulting business to Ronan, Montana,” she said.

In a June interview with the John Birch Society — the same group that once accused President Dwight D. Eisenhower of being a Communist agent — Willman, a CERA board member, put it more bluntly. The UN plot to impose socialism in the state, she raged, amounts to “Revolutionary War for citizens of Montana.”

Agenda 21 and the Indian

Agenda 21 is not, in fact, a communist plot. It is not an international treaty or an enforceable legal document. It cannot make anyone do anything at all.

Agenda 21 is an innocuous plan aimed at helping communities around the world develop sustainability plans meant to preserve their resources and make wise use of them. It was signed without controversy in 1992 by then-President George H.W. Bush, along with the leaders of 177 other nations who had gathered in Brazil for a United Nations summit on development and the environment.

Yet in the hands of groups like the Birch Society and a growing array of others on the radical right, it has been transformed into a nefarious conspiracy by UN officials and other grasping globalists to impose a collectivist world government known as the “New World Order,” trampling American freedoms in the process.

The Agenda 21 conspiracy theory has pushed its way into parts of the political mainstream. In early 2012, the Republican National Committee adopted a resolution denouncing the plan as a “destructive and insidious scheme” aimed at imposing a “socialist/communist redistribution of wealth.” After Mitt Romney was nominated as the GOP presidential candidate later that year, that language disappeared in favor of a calmer critique, but the plan has continued to cause heated political controversy, even provoking an Alabama law intended to outlaw its feared effects.

Now, thanks to CERA and others in the anti-Indian world, Agenda 21 is being reimagined as a plot to use Indian water and other rights as the leading edge of an effort to destroy state government, federalize ownership of natural resources, and force the United States to cede its independence to politically correct globalists.

In her interview with the Birch Society’s New American magazine, Willman put it like this: “There seems to be a movement to just tear down the fabric of this country. It’s hard to envision us in the long term being the United States with [the] combined marriage of the federal executive branch, and the United Nations and Agenda 21 folks, and the environmental groups and the big billionaires, and then when they’ve got 566 tribal governments and little reservations to use as little launch pads, you can tear up this country pretty quick. So this Indian policy is but one tool.”

These ideas are not limited to Willman.

For instance, according to reports last fall by two anti-racist groups, the Montana Human Rights Network and the Institute for Research & Education on Human Rights, another speaker at the Kalispell conference has been preaching the conspiracy theory. Debbie Bacigalupi, a California activist who gave a presentation on the topic in Montana, has described Agenda 21 as “communistic history in the remaking … [b]ut in America” and “a demonically inspired dynamic.”

Of Treaties and Race

The Confederated Salish and Kootenai Tribes, as part of the Hellgate Treaty of 1855 that also created the 1,938-square-mile Flathead Reservation, was awarded water rights “for time immemorial” that included water flowing in from elsewhere. Since 2001, the state has been in negotiations with the tribes and others to come up with a compact that would quantify just what those water rights guarantee.

According to the anti-racist groups, the CSKT agreed to serious concessions, forgoing rights that they had a strong legal claim to on water from various “non-irrigation, small groundwater, and most upstream users.” “That means that all domestic, commercial, municipal, industrial, stock, and other non-irrigation water rights that exist when and if the compact is ratified will be entirely protected, both on and off the reservation,” the Montana Human Rights Network reported.

While an earlier compact was rejected, the state legislature and governor approved the current version in April. If it also wins approval from the Congress, the Montana Water Court and the CSKT Tribal Council, it will become law.

CERA and a number of other groups have vigorously opposed the compact, even as they push the idea that there is nothing racial in their opposition. Indeed, the agenda for the Kalispell conference last September — titled “This Land is our Land … Or IS it?” — was emblazoned with a quote meant to show that CERA sought only equality. “There is only one race … the human race,” it quoted Edward James Olmos saying. “There are hundreds of wonderful cultures but only one race.”

But CERA’s aims are intrinsically radical. It has sought to end Indian tribal governments, abrogate treaties signed with the tribes, and overturn a series of legal decisions favoring such treaties. The Montana Human Rights Network, which has monitored anti-Indian bias for years, says “the anti-Indian movement is a systematic effort to deny legally established rights to a group of people who are identified on the basis of their shared culture, history, religion and tradition.

“That makes it racist by definition.”

There were also other signs of the growing radicalization of the movement. One local group — the Concerned Citizens of Western Montana, which raised the money to pay for Elaine Willman’s move to the state — recruited a hydrologist several years ago to use as an “expert” in lobbying against any water compact with the CSKT. Whatever her expertise in water and the law, Dr. Catherine Vandemoer also has a documented history as a “birther” who questions President Obama’s citizenship. And Vandemoer hosts an online radio show that affords antigovernment “Patriots” a place to advocate for a “Second Constitutional Republic.”

Among others, Vandemoer has featured on her show Martin “Red” Beckman, a radical tax protester and an anti-Semite who wrote The Church Deceived, in which he asserted that the Holocaust was God’s punishment of the Jews for worshipping Satan. Beckman was long known as the “Father of the Patriot Movement.”

The radicalization of CERA and others in the anti-Indian movement comes in the context of growing antagonism among radical Patriots toward the federal government and the federal agencies that regulate land use, especially in the rural states of the West and Pacific Northwest. Most notoriously, Nevada rancher Cliven Bundy in 2014 faced off against the Bureau of Land Management, which was trying to enforce a court order to seize Bundy’s cattle after he refused for 20 years to pay grazing fees. Hundreds of radical militiamen came to defend Bundy, threatening law enforcement officials with heavy weapons until the officials backed down.

The adoption by CERA of the Agenda 21 conspiracy theory, not to mention its deepening flirtation with the John Birch Society, makes it clear that large parts of the anti-Indian movement in America have increasingly melded with other sectors of the truly radical right. It remains to be seen whether or not this radicalization will finally make the implicit white nationalism of these groups explicit.

Editor's note: SPLC changed the title of this article in January 2022 to remove derogatory and insensitive language. SPLC apologizes for the use of the previous language. We continue to work to be better, more accountable allies in the fight for human rights. None of the article content has been updated.