More than 60 members and associates of a Latino street gang carried out a campaign of racially motivated violence targeting African Americans in South Los Angeles, according to a 53-count federal racketeering indictment unsealed Oct. 17. 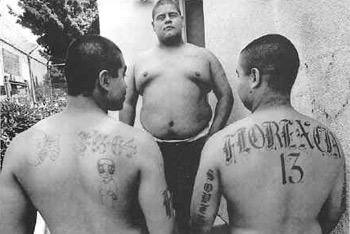 Leaders of the Florencia 13 street gang, which operates in a racially mixed district of South Los Angeles, engaged underlings in “cleansing their neighborhood of … members and associates of African-American street gangs,” according to federal prosecutors.

“The most disturbing aspect of the case is that … gang members allegedly engaged in a series of attacks on rival African-American gangs that extended to innocent citizens who ended up being shot simply because of the color of their skin,” said U.S. Attorney Thomas P. O’Brien.

Like most Latino street gangs in Southern California, Florencia 13, or “F-13,” swears allegiance to the Mexican Mafia, a prison-based criminal syndicate. The Intelligence Report revealed in January that Mexican Mafia shot callers have issued a “green light” for Latino gang members to harass and attack any African American found in a neighborhood claimed by a Latino gang.

Four members of the Avenues, a Latino gang in the Highland Park neighborhood, were convicted of federal hate crimes in 2006 for terrorizing and murdering black residents.

According to the latest indictment, in one case F-13 leaders ordered attacks on African Americans in retribution for black gang members supposedly shooting at Latino children in the neighborhood. The L.A. Sheriff’s Department attributes 80 shootings — 20 of them fatal — to warring between F-13 and black gangs since January 2005.

An Oct. 18 Los Angeles Times article by Sam Quinones, headlined “Gang rivalry grows into race war,” details how gang wars and increasing racial tension in a working class neighborhood that was once predominately black but is now mostly Latino have merged to create “a gangland version of racial profiling.” The article quotes one Florencia gang member describing how the Mexican Mafia ordered his gang to “kill this black guy just because he’s black.”

According to gang expert Alex Alonso, F-13 is the largest single Latino gang in Los Angeles, “in terms of turf size and membership.”