What’s in a highway? It depends, it turns out, on who you’re listening to. 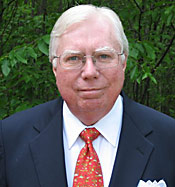 For years, nativist fearmongers and assorted conspiracy theorists have asserted that Interstate 35 — the highway that traverses the U.S. in a 1,568-mile path from Laredo, Texas, to Duluth, Minn. — is a part of a secret government plan that spells national ruin and an invasion of illegal immigrants. In the words of Jerome Corsi, the architect of the Swift boat attacks on John Kerry and a general conspiracy nut, the Bush Administration and various evil allies are “quietly but systematically” moving forward on “this key piece of the coming ‘North American Union’.” I-35, groups like the conspiracy-minded John Birch Society add, will soon be transformed into a 10-lane corridor designed expressly to bring in workers and products that will destroy American workers’ livelihoods and bring the much-feared union of Mexico, the United States and Canada one grim step closer to reality.

But wait! Now comes a whole new set of people with their own unusual ideas, and they say that I-35 isn’t evil after all — on the contrary, it’s the “Highway of Holiness,” the very same one prophesied in Isaiah 35:8: “And a highway will be there; it will be called the way of holiness.” This amazing news comes courtesy of CBN’s “The 700 Club,” the Christian Right television show hosted by Pat Robertson, who once blamed 9/11 on gays, feminists, abortionists and sundry liberals.

As recounted by 700 Club “reporter” Paul Strand (a tip of the hat to the folks at Pam’s House Blend for capturing this), a group of Texas-based Christian Right churches, “because of recent prophesies, dreams and visions,” are staging “purity sieges” up and down the highway at gay bars, abortion clinics, strip clubs and adult bookstores. Cindy Jacobs, one of the pastors behind the sieges, said she had received instructions from God to “[g]o to these cities and cry out for holiness and purity, and [then] I’ll come down and I’ll invade.”

Apparently, the “purity” campaign has saved at least one man from himself. In CBN’s report, “purity siegers” are seen praying and apparently converting James Stabile, a 19-year old gay man, into a heterosexual. “He just barely touched me and he said, ‘Fire!’ and I remember staggering back and I thought I was tripping on acid. It was the weirdest thing ever,” Stabile recounted. “And he said, ‘Fire!’ again and I fell in the Holy Ghost.” Stabile said he felt God “just came in and transformed me and radically saved me. … I didn’t feel the desires to be with men like I had felt before.”

At press time, I-35 remained an interstate and did not seem to have become a pathway for invasion, divine, demographic or otherwise. As The Washington Post’s Factchecker blog concluded, the theories surrounding I-35 are “a superhighway to nowhere.” But Paul Strand, CBN’s intrepid reporter, has a different take. “Some folks might think it odd,” Strand said as he wrapped up his report. “But how strange is it really that He’s using a highway to lead people to The Way?”