Antigovernment scofflaw Robert Fox used to make big money teaching clients how to outwit the legal system. But last week, Fox — a fugitive wanted in Texas on a felony charge since July — stumbled into the arms of law enforcement when he actually showed up for a court appearance related to a completely different case.

“It was in an act of great hubris that he was arrested,” Jacksonville, Texas, Police Detective Jason Price told Hatewatch.

Fox led the House of Israel, which masqueraded as a church but in fact served as a crash pad for “sovereign citizens” — members of an extreme-right movement whose adherents believe they are not citizens of the United States and therefore not subject to many of its laws, including the tax code. 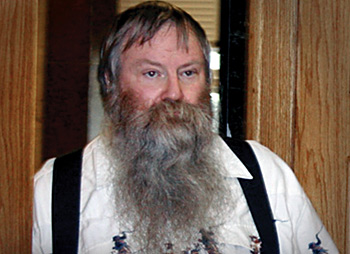 Believed to be in his late 50s, Fox went on the lam around the time he was charged with barratry, or improperly trying to solicit business for his legal practice, a felony under Texas law. He had previously posted bond after being charged with four counts of possessing dangerous drugs and two counts of practicing law without a license, all misdemeanors.

After more than four months of eluding police, Fox arrived at the Cherokee County Courthouse on Dec. 3 for an administrative hearing related to the drug charges. Although Fox knew there was a warrant for his arrest, Price suspects he showed up anyway because otherwise he would have faced a failure to appear charge and risked forfeiting his bond. As it happened, the judge who signed the barratry arrest warrant back in July was also scheduled to preside over Fox’s December court hearing. The judge remembered Fox and asked a member of his staff to alert the Jacksonville Police Department. Court personnel detained Fox until Jacksonville police got to the courthouse to arrest him. Fox was accompanied by several people who appeared to be supporters and wished him well as he was taken into custody.

Fox was uncooperative with police and gave the House of Israel as his address, even though police had seen no sign of him there over the past several months, Price said. Instead, police believe that he’d been staying with supporters in the Austin area. In July, Fox gave a presentation there at the Freedom School, a sovereign-citizens organization that claims taxes are voluntary.

A week after Fox’s arrest, he was still being held at the Cherokee County Jail for lack of $30,000 bond. He could face up to 10 years in prison if convicted on the barratry charge. He also may face further charges: A representative of the state bar is pursuing contempt of court charges after Fox filed lawsuits against the Jacksonville Police Department in Cherokee and Smith county courts. Because he’d already been declared a “vexatious litigant” by a Texas court, he was required to get a judge’s approval before filing the lawsuits, which he failed to do.