A man with an antigovernment past was going to be arrested on multiple counts of child rape and child molestation a day after he killed two women and turned his southwestern Washington home into a bullet-sprayed inferno.

Steven Douglas Stanbary had been told by his attorney to surrender on Dec. 8 to detectives with the Washougal Police Department. He would have faced multiple counts of rape of a child and child molestation, Sgt. Allen Cook told Hatewatch today.

“It was an active investigation, and he would have been arrested, booked into jail, based on probable cause to believe he had committed these crimes,” Cook said. 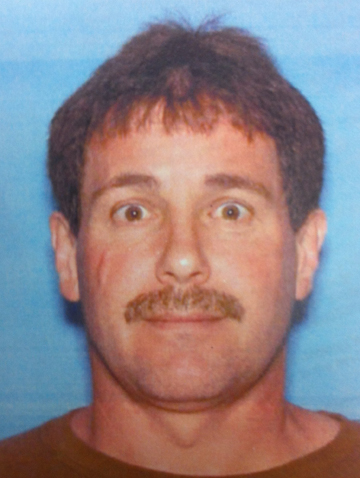 The Washougal police sergeant said he had not fully reviewed detectives’ reports associated with the sex crime investigation that had been reviewed by the Clark County prosecutor, but said it apparently involved only one child.

Instead of preparing to surrender, authorities now believe Stanbary, 47, shot and killed his wife of 11 years, Leona Bolton Stanbary, and her 50-year-old twin sister, Mona Daugherty, who lived in the home, early on Dec 7. Then he apparently set fire to his house and shot at police and firefighters who responded.

The following day, the badly burned remains of the two women were found in a destroyed back bedroom of the home, Cook said.

The remains now believed to be those of Stanbary – referred to by investigators as “Body A” – were found at the opposite end of the ranch-style home, near six to eight firearms, including an AK-47 assault rifle, that were believed to have been fired during the siege. Stanbary’s cause of death hasn’t been determined.

Investigators now believe Stanbary doused portions of the home, and possibly the bodies of the women he murdered, with an accelerant that quickly spread the fire, causing several explosions of ammunition, an acetylene tank and fireworks, Cook said.

“That’s our opinion at this point, based on how fast the fire spread and the reaction of a detection dog” that was brought to the scene by Port of Portland police officers, Cook said.

The fire also destroyed a separate 20-by-40-foot shop, four pickup trucks and a boat. “It looked like a raging wildfire had gone through there,’’ Cook said.

All three bodies were so badly burned that authorities initially thought on Thursday that they had the remains of only two bodies, but a forensic anthropologist and medical examiner later determined they were those of three people. The bone fragments were so thoroughly destroyed that DNA testing likely would be fruitless, but that processing will be attempted, nonetheless, Cook said.

The bodies of four dogs also were recovered from the home, but only one was intact enough for an X-ray by medical examiners that turned up bullet slugs. “We know conclusively that at least one of these dogs died from gunshots,” Cook said.

When neighbors approached the burning home last Wednesday morning, they fled in fear of their life as bullets were fired from inside the house, presumably by Stanbary. A Washougal police officer responding to the scene rapidly retreated after a window of his cruiser was shattered by bullets that narrowly missed him.

Police officers did not fire their weapons at any point as they and firefighters stood back while gunshots and exploding bullets continued for nearly two hours. Video from a police robot and neighbors’ cell phones helped investigators make a timeline.

Stanbary, armed with a cache of firearms, assault rifles and thousands of rounds of ammunition, had threatened a similar standoff with law enforcement in December 1994 when he lived in North Idaho. Plainclothes deputies used a broken-down car ruse in that case to arrest Stanbary without violence. One of Stanbary’s heroes he frequently mentioned, associates say, was white separatist Randy Weaver, who held federal agents at bay during the 10-day Ruby Ridge siege near Naples, Idaho, in 1992.

After the 1994 encounter, Stanbary was diagnosed as suffering from delusional schizophrenia. Medical experts described him “as a ticking time bomb” who believed “the end of the world was coming and he needed to stockpile guns and ammunition,” the Vancouver Columbian reported last week.

A psychiatrist said that “it was a very reasonable deduction” that Stanbary could commit suicide or kill someone else, the newspaper reported.

But despite that history, Stanbary moved to southeastern Washington in the late 1990s. He was “completely off the radar” and had no significant encounters with police there, and they didn’t know about his past, Cook said.

His only involvement with Washougal police came just a few years ago when he contacted them to offer video taken from a surveillance camera on his home. Cook said that video description of the suspect’s vehicle ultimately helped detectives catch and arrest a serial purse-snatcher.

Investigators “strangely enough” haven’t located any suicide note or “manifesto” left behind by Stanbary, Cook said, but detectives still have to search a safety deposit box that has been located.