An ex-convict being held in connection with the Sunday night bombing of a Grand Chute, Wis., Planned Parenthood clinic has been charged with two federal crimes, the FBI says.

Francis G. Grady, 50, was arrested Monday evening after investigators identified him based on eyewitness information and video footage from the crime scene. He was charged yesterday with arson of a building used in interstate commerce, and intentionally damaging the property of a facility that provides reproductive health services. He is scheduled to appear in court this afternoon at 1:30.

Authorities say the homemade bomb, which damaged both the clinic’s examination room and Grady’s car when it exploded Sunday evening around 7:30, was fashioned from a plastic bottle filled with incendiary chemicals. No one was injured. 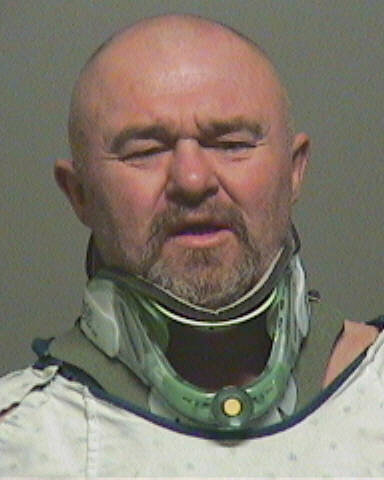 Grady reportedly has a long history of run-ins with the law. He was charged on March 30 with resisting or obstructing a police officer, and in August 2011 was sentenced to two months in jail and a year on probation after committing an apparently similar offense, Talking Points Memo reports. Last decade, he was repeatedly accused of skipping out on his bail, and in 2004, he was sentenced to a year and a half in prison and 3 1/2 years of supervised release for manufacturing or distributing cocaine.

His alleged attack on the Wisconsin Planned Parenthood is the second abortion clinic bombing this year. On Jan. 1, a Pensacola, Fla., clinic that has been a target of anti-abortion violence for nearly 30 years was leveled by a bomb for the second time in its history.

This week’s attack came amid a heated national debate over women’s health care issues, revolving around insurance coverage for birth control and a spate of proposals pushed by state lawmakers to make obtaining an abortion more onerous.

In a statement regarding the Wisconsin bombing, U.S. Attorney James Sentelle of Wisconsin said: “When the Congress passed the Freedom of Access to Clinic Entrances (FACE) Act in 1994, it specifically empowered law enforcement to respond to those who engage in violent and other obstructive behaviors that interfere with access to reproductive services. The complaint that we filed today in federal court not only responds to the particular conduct of Francis Grady in committing arson at and causing damage to the Planned Parenthood Clinic in Grand Chute, but it also signals the continuing, strong commitment of federal, state, and local authorities to ensure access to clinics—and to seek criminal penalties against anyone who would compromise that right.”