Law enforcement officials arrested two people early Sunday in connection with a deadly spate of random shootings in Tulsa that had residents on edge. The men taken into custody were identified as Jake England, 19 (left), and Alvin Watts, 32. The pair were charged with three counts of murder and two counts of shooting with intent to kill. 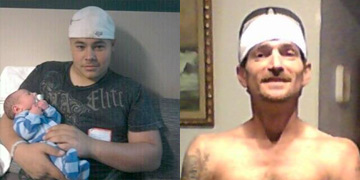 The attacks began in the early morning hours Friday and resulted in the deaths of three people. Two others were injured. All of the victims were black and the shootings, which took place in a predominantly black neighborhood and were seemingly random, prompted speculation that race was a motivating factor. At this point, police have not provided a motive.

According to his Facebook page, Jake England’s father Carl was shot and killed two years ago. Oklahoma press are reporting that his death was the result of a domestic dispute. On Thursday, England posted this racist message about his father’s death, “Today is two years that my dad has been gone shot by a f------ n-----.” Another grim posting from Thursday reads, “I hate to say it like that but I’m done if something does happen tonite be ready for another funeral later.” 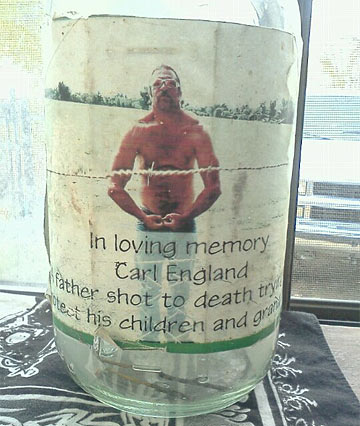 England and Watts were friends on Facebook and Watts posted a sympathetic reply to England’s message about his father’s death. “I kno i miss them 2. My last memories were great ones of them. Its nt goodbye its c u later,” read his post. Watts, who hasn’t put anything on his Facebook page since April 3, refers to some of his friends as “haterz.” Another post read, “O.b.a.m.a. Let me define. One big ass mistake america!”

The shootings come at a time when hate groups are surging—rising to 1,018 in 2011—amid a climate fueled by rapidly changing racial demographics, a sour economy and the election of the first black president. Since President Obama’s election, the country has seen an increase in domestic terrorism by racist and antigovernment extremists. Just in the past few months, members of a Georgia militia that had anti-Semitic and racist propaganda on its website were arrested for a plot to spread a deadly poison in four American cities and two white supremacists went on a murder spree on the West coast targeting Jews and minorities.