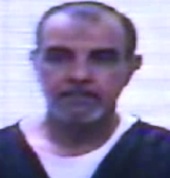 An Iraqi immigrant faces a murder trial Aug. 8 in California in the 2012 death of his wife, whose fatal beating initially sparked international attention as a possible anti-Muslim hate crime.

After the FBI ruled out the possibility of a hate crime, police in El Cajon, Calif., pursued the investigation, looking at domestic violence as a possible motive.

Kassim Al Himidi, 49, was arrested last November following his return to the United States after burying his wife, 32-year-old Shaima Alawadi, in the couple’s native Iraq.  She was found severely beaten in the family’s home in El Cajon on March 21, 2012, and died in a hospital three days later.

A note saying, “This is my country, go back to yours, terrorist,” was found in the home the day of the beating, and a similar threatening note was found eight days earlier, leading to initial speculation of a possible hate crime.

At the time, the victim’s husband, who had worked for the U.S. military as a cultural adviser, told police he was taking the couple’s younger children to school when the assault occurred.

At a preliminary hearing last week in El Cajon, a judge ruled there is sufficient probable cause for Al Himidi to stand trial even though he continues to maintain his innocence.

One of the couple’s daughters testified at the hearing that her parents, who fled Iraq and Saddam Hussein’s regime in the 1990s, started having marital problems in August 2011. Her mother wanted a divorce and planned to move to Texas, where her family lived, the San Diego television station CBS8 reported.