A Houston, Texas, man arrested Thursday in connection with the killing of his 24-year-old lesbian daughter and her partner is a registered sex offender who was living with the women after being released from prison last October, Capt. Barry Cook of the Galveston County Sheriff’s office told Hatewatch today.

The father, James Larry Cosby, did not approve of his daughter’s relationship but told investigators that “he was learning to accept it,” Cook said.

Cosby, 48, has been charged with two counts of tampering with evidence and is being held on $500,000 bond. Cook said that “we hope” to increase the charges to capital murder as more evidence is gathered.

“We found blood at the house” and other evidence, he said. 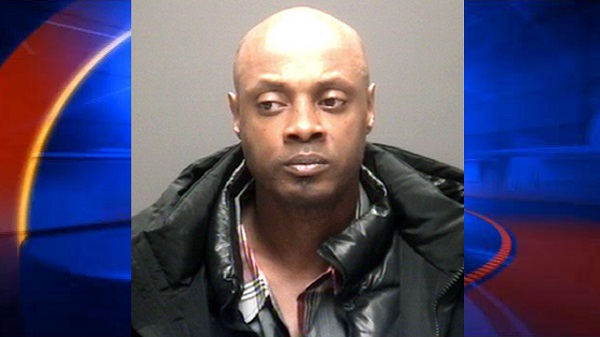 The women’s bodies were discovered by a beer salesman on March 7 near a trash Dumpster behind a convenience store in Port Bolivar, just outside Houston. But Cook said investigators believe they were killed at the home they shared with Cosby in Houston and then dumped outside the store.

The suspect’s daughter, Britney Cosby, was bludgeoned to death. Her partner, Crystal Jackson, who was also 24, was shot once.

Whether the women were victims of a twisted homophobic honor killing, Cook could not say. “We don’t know what the motive was,” he said. “He didn’t admit to the murders. So we don’t know what drove him to do that. It could have been an argument over anything.”

Cosby was convicted of the sexual assault of a 22-year-old and sentenced to 10 years in prison in 1994, Cook said. He was released in 2004 but violated rules required by his sex-offender status and was sent back to prison in 2012. He was released last October and moved into the house with his daughter and her grandmother.

“He was basically living in the living room that was changed into a bedroom for him,” the captain said. 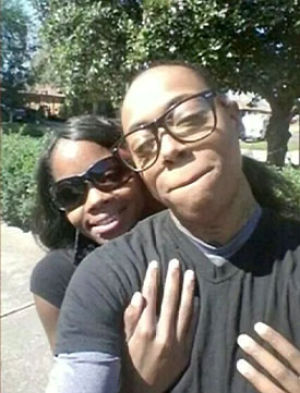 Before he was arrested and charged in his daughter’s slaying, Cosby spoke at an emotional vigil for the women at a local funeral home Wednesday night.

“You can’t really put something like this into words,” he said, according to a local television station.

Another vigil attendee said, according to the station, that Britney was devoted to her grandmother and “would help anybody.” “If she don’t know you, she would have helped you,” the mourner said. “Her grandma was her life. Church, grandma and work.”

When the vigil was over, sheriff’s investigators stepped in and asked the father to go the station to answer a few questions. “We waited because we didn’t want to interfere with the vigil,” Cook said.

After several hours of questioning, Cosby was arrested and charged around 5 AM Thursday.

The funerals for the murdered women, who had been together for two years, will be separate and are scheduled for Saturday.