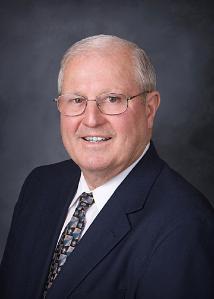 legislatures to pass bills “nullifying” federal gun laws, as in Missouri. Others have urged applying such statutes to the fight over same-sex marriage.

Lawmakers in Idaho this week, though, expanded the field by applying “nullification” to federal environmental laws.

The state’s House Resources Committee on Thursday approved HB 473, a bill declaring that “the regulation authority of the United States environmental protection agency is not authorized by the Constitution of the United States and violates its true meaning and intent … and is hereby declared to be invalid in the state of Idaho.” The bill will next go to the floor of the House for a vote. (UPDATE: The bill stalled on the floor of the House and was sent back to the Resources Committee. This will likely kill the legislation for this year's session.)

Such nullification strategies are not particularly new; they have a long history on the extremist and racist right, with roots in the Posse Comitatus movement. Nonetheless, they have been gaining favor among conservative lawmakers in recent years, often in desperation to prevent the passage of progressive measures.

The author of the Idaho bill, Rep. Paul Shepherd, hails from Riggins, a town where the economy is largely based on the mining industry. Much of his advocacy has focused on preventing the EPA from enforcing regulations on small-scale dredge-mining operations that have become popular among prospectors and wildcat miners. Much of his support has come from miners.

“Let’s get the EPA out of Idaho and get back to enjoying the Gem State,” one of them told the lawmakers during testimony.

Shepherd’s agenda appears to go well beyond helping small dredge miners. During debate in the Resources Committee, Rep. Dell Raybould of Rexburg, a fellow Republican, expressed hesitation: “I notice in here, we’re talking about dredge mining, but the wording of this would this include any EPA regulations of anything in Idaho, just flat-out,” he observed. He asked Shepherd if the bill would cover all EPA water quality and air quality standards.

“Yes,” said Shepherd. “I feel it covers any overreach that we can show is legally overreach by that agency.”

Deputy Attorney General Brian Kane warned the committee, in a six-page analysis, that the bill “would, with almost certainty, be found unconstitutional.” Committee members nonetheless approved it, despite Kane’s observation that the EPA’s constitutionality had been upheld numerous times by the Supreme Court.

These arguments, of course, not only fly in the face of the Constitution itself and its Supremacy Clause, but also in the face of numerous court precedents. Ian Millhiser at ThinkProgress has a complete rundown of the legal and constitutional issues involved in the debate, as it were.

Anti-government rhetoric during the debate over dredge mining has predictably become heated. One mining district leader described the EPA as “jack-booted thugs in swat uniforms” to the Twin Falls Times News. The same article noted that EPA officials in Idaho had so far not handed out any tickets or fines related to miners’ failures to obtain permits, in hopes of generating voluntary compliance with a new permit regime.

The state’s oldest environmental organization, the Idaho Conservation League, has long supported the permit process. They argue that dredge mining can “wreak havoc on fish habitat and stream water quality.”