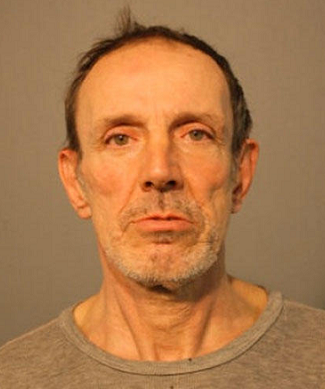 A 59-year-old white man is scheduled to appear in court today in Chicago, charged with murder and a hate crime in the death this week of a black father who died trying to protect his teenage daughter from insult and injury.

The white man, Joseph Firek, was arrested after getting into what turned out to be a fatal fistfight Wednesday with Michael Tingling, who was walking his daughter home from school in the middle of the afternoon when they encountered Firek on the street, according to the Chicago Sun-Times.

It was around 2 PM when Firek, the Chicago Tribune reported, brushed up against the girl and then stood on the sidewalk grinning as the father and daughter walked on Clark Street in the Rogers Park neighborhood on the city’s far North Side. Tingling, who was also 59 and was battling heart disease and diabetes, stepped in front of his 15-year-old, Masharah, to shield her.

Tingling’s ex-wife, Yolanda Simmons, told the Tribune that Firek “stared at them” and looked her daughter “up and down.” Simmons said Tingling, who had a pacemaker, told Firek, “You need to walk away.”

Instead of doing that, according to police, Firek shoved Tingling and started punching him, shouting racial epithets with every blow.

Tingling fell to the ground but managed to get up, and he and his daughter ran into a nearby store. Inside, he collapsed. He was rushed to a hospital, where he was pronounced dead at 2:46 PM.

According to the Sun-Times, an autopsy Thursday found Tingling died of hypertensive cardiovascular disease. The stress from the fight was listed as a secondary factor.

The death was ruled a homicide.

Tingling, a native of Belize, moved to the United States when he was around the age of his daughter, according to the Tribune. He worked factory jobs and retail and was popular in Rogers Park, one of the city’s most diverse neighborhoods, making the deadly, racially charged confrontation that much more shocking.

“He was a cool dude,” a neighbor told the paper. “This is one of those cases where, yet again, just the wrong guy. … This man took his daughter to and from school every day. He wouldn’t hurt a fly.”

Tingling’s ex-wife told the Tribune that Tingling had been unable to work recently because of his health issues. She said that Tingling was good with children and often babysat for others in the neighborhood. Tingling and his daughter were extremely close, she said.

“I’m glad I chose a good man to be her dad,” Simmons told the paper.