A jury in Phoenix has returned a record $5.2 million award, concluding that two cities in Utah and Arizona controlled by the Fundamentalist Church of Jesus Christ of Latter-day Saints (FLDS) engaged in a pattern of religious discrimination and intimidation.

The jury award went to Ronald and Jinjer Cooke, who brought a federal civil rights lawsuit. They claimed they were denied water, sewer and electrical service after moving in 2008 to the area of Colorado City, Ariz., and Hildale, Utah — twin cities known as Short Creek that are heavily dominated by the polygamous FLDS sect. Without the services, the couple was forced to live in a 35-foot travel trailer.

Significantly, the state of Arizona joined in the couple’s lawsuit, helping to convince the jury that the cities are engaging in ongoing violations of the federal Fair Housing Act and Arizona Fair Housing Act. 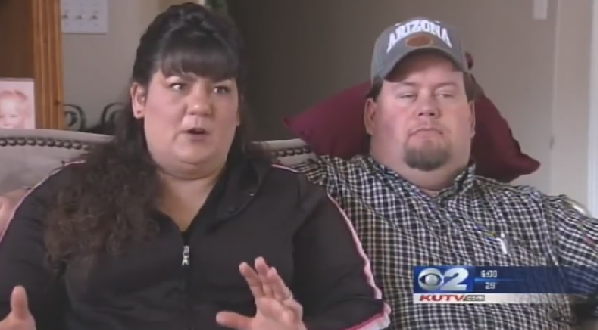 Elected and municipal officials in the two cities, including the police chief, are members of the FLDS, identified as an anti-black, homophobic and antigovernment hate group by the Southern Poverty Law Center. The FLDS is a breakaway from the far more mainstream Church of Jesus Christ of Latter-Saints, which abandoned polygamy, or “plural marriage,” in the late 19th century.

During the trial, evidence and testimony revealed the municipalities and their officials deliberately discriminate against non-FLDS members, hoping to drive them from the communities.

“Clearly, this is the largest jury award ever against FLDS-controlled municipalities — the cities of Hildale and Colorado City,” the Cookes’ attorney, William G. Walker of Tucson, told Hatewatch today.

“The claim was the cities were controlled by the FLDS and discriminated against the Cookes by denying them culinary water, sewer service and electrical power from 2008 to the present,” Walker said. “The discrimination continues to this day.”

The jury award doesn’t end the case because the panel agreed with a claim brought by the Arizona Attorney General Office, finding that the Cookes aren’t the only victims, that the FLDS-controlled cities of Hildale and Colorado City engage in a “pattern and practice” of discrimination against others. That finding allows the state of Arizona, which can’t get a monetary award, to return to court and ask Senior U.S. District Judge James A. Teilborg for an injunction ordering an end to the practice and statutory fines. Legal paperwork initiating that phase is expected to be filed in the next few weeks.

When the Cookes filed their discrimination suit in June 2010, the state of Arizona agreed with their claim and was allowed by a judge to join in the litigation as an intervener.

But then the cities retaliated against the Cookes, the jury determined, using “coercion, intimidation and interference.” Evidence at trial showed those acts included having Cooke’s brother, Seth Cooke, arrested on criminal charges that were later dismissed, and filing a civil suit against Ron and Jinjer Cooke that was later dismissed.

During the 23-day trial, the jury was shown evidence taken in two FLDS raids in Texas and Utah, Walker said. That evidence including written orders — so-called “dictations” — from the sect’s leader, Warren Jeffs, issued both when he was a fugitive and later, after he was imprisoned for sexual offenses against young girls. Jeffs, who is still in prison, has preached that black people are the descendants of Cain, “cursed with black skin” and selected by God to be the “servants of servants.”

FLDS member and current Colorado City Mayor Joseph Allred didn’t want to answer questions about Jeffs’ orders when he was subpoenaed as a witness during the trial. “He took the stand and invoked the Fifth Amendment [against self-incrimination] to more than 50 questions we put to him,” Walker told Hatewatch.

Experts believe there are an estimated 10,000 FLDS members living in various communities throughout the United States. In the past, there also have been FLDS communities in Eldorado, Texas; in Edgemont, S.D.; and in the tiny Colorado communities of Cotopaxi, Florence and Mancos, in addition to Short Creek and in Boundary County, Idaho, at the Canadian border.

FLDS members adhere to some of the early-day teachings of the Mormon Church, believing the only way to heaven is for men have multiple “celestial wives,” bearing as many children as possible. They don’t celebrate Christmas, nor do they condone rock music, comic books, cartoons or makeup.

The modern-day LDS church renounced polygamy in 1890 to allow Utah to gain statehood. The church currently denounces the FLDS movement, even though plural marriage theology remains in its “doctrine and covenants.” It gave up its last anti-black policies in 1978.