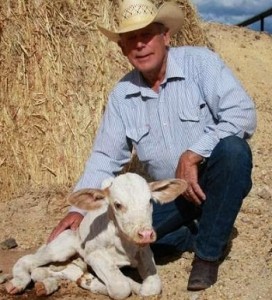 Apparently Cliven Bundy’s supporters in his showdown with the Bureau of Land Management (BLM) over cattle grazing rights aren’t satisfied with having forced the government to end its roundup operation. Now some of them are bent on punishing the people they blame for the creating the situation.

Rob Mrowka of Las Vegas, who heads up the Center for Biological Diversity – the Tucson, Ariz.-based environmental organization whose lawsuits over the desert tortoise forced the BLM’s hand in rounding up Bundy’s cattle, which had been grazing for free on public lands that comprised the animal’s habitat – says he started getting calls about three days before the right-wing Bundy media blitz. And then it became a deluge.

“It kind of started out with a phone call from a guy in Mississippi who called, and myself and someone in the Tucson office picked up and talked to him,” Mrowka said, adding that a third colleague did not pick up, and for him, he “left a disturbing voice message. That was just the start of it.”

The message the man left on the voicemail was similar to what he told Mrowka and his colleague in person: “I am holding you personally responsible for every one of Cliven Bundy’s cattle that is confiscated. For his son David, who’s in jail, and for anything that happens to them in the future. And since I am holding you responsible, I plan on making you pay. There’s no need for you to call me back. This is your notice. You’ve been fighting a war against us for awhile, we’re gonna start fightin’ back.”

“Since then, there’s been about a hundred emails, most of them very hateful and vulgar and intimidating – ‘You’re going to be held responsible,’ that sort of thing,” Mrowka said. He’s spoken with various law enforcement authorities about it, including the FBI, but so far none of the messages have reached the level of a direct threat.

“The thing that’s been frustrating is that we’re the only ones speaking out about this, and it’s really not in our wheelhouse,” he noted. “We’re about speaking up for endangered species. We don’t know that much about sovereign citizens and their theories.”

Mrowka said he has been forced to get up to speed what his harassers are talking about when they use obscure pseudo-legal language to make outlandish claims that the federal government has no authority over the lands where Bundy’s cattle graze – classic hallmarks of antigovernment “Patriot” movement ideology in action. He said that sharing information with his colleagues about sovereign citizens has helped all of them get a better handle on the level of radicalism they’re up against.

Federal employees are also in the sights of the "Patriots" in the wake of the Bundy “range war.” “I can’t speak firsthand, but I have received some confidential information that federal employees are receiving harassment similar to what I have been receiving,” Mrowka. “In fact, one of the Twitter links that is attacking me also posted the pictures, names, addresses and maps of some of the BLM officers that have been involved. And I understand that the BLM offices are just being inundated. As are those of the Clark County Commission.”