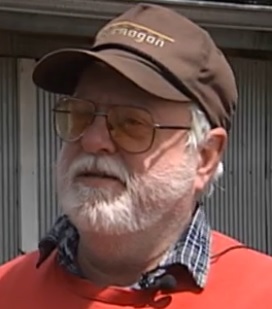 After a raucous and jam-packed City Council meeting last night, the mayor of Marionville, Mo., officially resigned early this morning. Dan Clevenger was under fire for making anti-Semitic remarks shortly after his old friend, neo-Nazi Frazier Glenn Miller, was arrested for allegedly killing three people at two Jewish community facilities in suburban Kansas City on the eve of Passover.

Clevenger, 59, announced his resignation as the leader of the largely white city of 2,200 residents in southwestern Missouri last night as the Marionville City Council voted 4-to-1 to begin impeachment procedures.

“I’m very proud of my city,” John Horner, a high school teacher and a leader of the effort to remove the mayor, told Hatewatch today. “The meeting was a little bit chaotic because people were so emotionally charged about Marionville being portrayed by the mayor’s comments as a racist place and that’s not who we are.”

Two days after Miller, who is also known as Frazier Glenn Cross, was arrested for the deadly April 13 shooting spree, Mayor Clevenger told television station KSPR that he “[k]ind of agreed with him on some things, but I don’t like to express that too much.”

“There are some things that are going on in this country that are destroying us,” he added. “We’ve got a false economy and it’s, some of those corporations are run by Jews because the names are there. The fact that the Federal Reserve prints up phony money and freely hands it out, I think that’s completely wrong. The people that run the Federal Reserve, they’re Jewish.”

Those words set off a firestorm.

For a typical Marionville City Council meeting, maybe half a dozen residents attend. Last night, according to the deputy city clerk, there were between 75 and 100 residents crowded into the council chambers. There also was a heavy police presence.

“Supposedly people have been getting death threats on both sides,” Horner said. “People are scared of retaliation, of violence.”

Horner has not received any threats. But if he does, he said he would not back down. “I’m a homosexual man in my 40s,” he said. “I have been bullied my entire life. I am like, ‘Bring it.’”

While most who spoke at the council meeting last night asked for the mayor’s resignation or impeachment, he did have some supporters, defending his First Amendment right to say whatever he wanted.

“I have seen a lot more hatred from some of you people than I have seen out of Dan Clevenger,” resident Gene Smith said, pointing at the mayor’s critics, according to the Springfield News-Leader. “I thought we had free speech in America.”

Clevenger mostly sat quietly while the city debated his fate. When asked by the News-Leader if he was hurt by the criticism and calls for his resignation, Clevenger simply said, “Yes, it does.”

The former mayor, who also runs a local repair shop, has known Miller for years. Miller, 73, lives just outside of Marionville.

About a decade ago, according to the television station, Clevenger wrote a letter to the editor of a newspaper in a nearby town in support of Miller.

“I am a friend of Frazier Miller helping to spread his warnings,” Clevenger wrote. “The Jew-run medical industry has succeeded in destroying the United States workforce.” 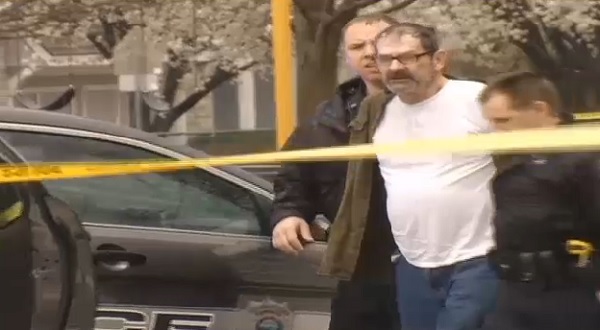 After Miller was officially charged with the killing spree, Clevenger, who was just elected mayor on April 8, tried to pull back from his support of the long-time Nazi.

“I think it’s terrible what Frazier did,” Clevenger said. “He didn’t have any right to do that and I think he should pay with his life.”

Those words, however, weren’t nearly enough to repair the damage to the city’s reputation, Horner said. Debbie Sallee, another leader of the effort to remove the mayor, said more than 150 people from around the country had called City Hall, demanding the mayor step down or be removed.

“They were even contacted by someone whose family was lost in the Holocaust,” Sallee told Hatewatch.

The day after the mayor’s remarks about Jews and the Federal Reserve were broadcast, Horner, Sallee and several other Marionville residents hit the streets, holding up handmade signs, calling for his resignation.

Yesterday, the protesters were back on the street from 9 AM until just before the city council meeting was scheduled to begin at 6:15 PM. “I took off work,” Horner said.

In a steady rain, they carried signs that proclaimed, “We are not bigots,” “Discrimination feeds on silence,” and “Love not hate, impeach the mayor.”

Horner said he was overjoyed by the turnout for the meeting, including two members of the Harrison Community Task Force on Race Relations, who drove two hours each way from Harrison, Ark., a city long haunted by racism.

“We had stumbled through 11 years of trying to figure out how to deal with a bad rap and at the same time transform people in our community,” task force member Carolyn Cline told Hatewatch. “There’s no reason why everybody has to learn the same thing over and over by themselves.”

Horner had reached out to the task force, seeking advice. Cline E-mailed Horner a copy of the group’s brochure about teaching tolerance and respecting diversity, much of which Horner incorporated into his remarks before the Marionville City Council.

“A lot of people think if you don’t talk about it – racism, anti-Semitism, hate – that it will just go away and won’t be a problem,” Horner told Hatewatch. “In my experience, opening a dialogue and creating opportunities for education and engagement increases understanding and acceptance.”