For nearly 200 years, the British medical journal The Lancet has been internationally well respected in the medical profession. But lately, the journal has come under fire for allegedly being “hijacked” by an “anti-Israel campaign.”

In July, according to The Telegraph, the journal published a controversial “open letter to the people of Gaza” that strongly condemned Israel without mention of Hamas actions. The letter’s five primary authors claimed they had “no competing interests,” but The Telegraph notes that all five have campaigned vigorously in pro-Palestinian causes over the years, something the journal failed to make clear.

Particularly controversial was the fact that two of the letter’s authors, Dr. Paola Manduca and Dr. Swee Ang, also promoted a video by David Duke, a former Grand Wizard of the Ku Klux Klan. That information was revealed in a cache of emails openly available in Google groups, according to The Telegraph. Ang is an orthopedic surgeon in the UK while Manduca is a professor of genetics at the University of Genoa in Italy. 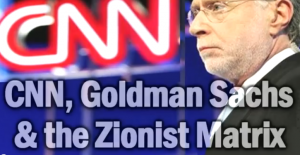 Both sent round robin emails promoting a video titled “CNN Goldman Sachs and the Zio [sic] Matrix,” which was posted on Duke’s website Feb. 4, 2013 and claimed that a Jewish Zionist (or “Zio”) conspiracy controlled politics, media and finance. Duke finished his 15-minute presentation with the apocalyptic pronouncement that, “People are learning that globalist Zionist supremacism is the greatest single danger to the entire planet, to all human expressions of life and culture and heritage on the planet, to all nations and peoples who want to be free and independent.”

This argument parallels an old theory with roots in the anti-Semitic hoax pamphlet, The Protocols of the Learned Elders of Zion, which claims there’s a Jewish plan for world domination. It was first published in Russia in the early 20th century and translated into multiple languages.

Duke’s latest book is an illustrated version of The Protocols, in which he claims to show documentation of “Jewish extremist supremacism.” According to Duke, his book “is without question one of the most important books ever written on Jewish Supremacism [sic], and is guaranteed to be another work which will go down in the annals of history as an earth-shaking opinion changer.”

Ang reportedly wrote in her email accompanying the Duke video “This is a shocking video please watch. This is not about Palestine – it is about all of us!” She exhorted others to pass the video along, because “the whole world needs to know.”

When questioned about the video, Ang claimed that she didn’t know who Duke was, but was “concerned that if there was any truth in the video, that Jews control the media, politics and banking, what on earth is going on? I was worried.” She claims a friend made her aware of the video.

In addition to the Duke video, Manduca also forwarded a message in 2013 alleging that Jews were responsible for the Boston Marathon bombings, in which the email’s author stated, “Let us hope that someone in the FBI is smart enough to look more carefully at the clues in Boston and find the real culprits behind these bombings instead of buying the Zionist spin.”

Horton dismissed the information regarding the authors of the July open letter as “irrelevant” and a “smear campaign.” He has no plans to retract the letter, he told The Telegraph, and would not retract it even if the claims were substantiated.

The Lancet has been criticized in years past for an alleged pro-Palestinian bias. In 2012, one blogger noted the Lancet hosted a two-day conference regarding the health concerns of Palestinians and included a couple of Tweets from the journal’s current editor, Richard Horton, that decried the treatment of Palestinians. In 2010, the site Honest Reporting (which defends Israel from media bias) claimed that The Lancet was providing a platform for pro-Palestinian messaging which included alleged inaccuracies to the exclusion of Israeli voices.

In 2007, Horton faced criticism regarding an article he wrote in the New York Review of Books, “Palestinians: The Crisis in Medical Care.” The deputy director-general of information and international relations in Israel’s ministry of health, Yair Amakim, accused Horton of presenting a distorted picture of the situation between Israel and Palestinians. Horton responded at length, accusing spokesmen in the Israeli government of “propagandizing” the plight of Palestinians, and downplaying the hardships they face.

He also alleged “Israel’s response to descriptions of Palestinian life appearing in the Western press is well known and well orchestrated. A network of correspondents is activated to discredit the offending writer and publication,” citing what he claimed was an orchestrated campaign against his article initiated by the Committee for Accuracy in Middle East Reporting in America. He alleged CAMERA sent out a summary of Horton’s essay along with rebuttals to an “e-mail team,” asking them to write to the editors and publishers of the Review to repudiate the “erroneous and biased account of Palestinian medical care.”

As for Duke? He posted on his blog September 16 that “[t]he latest group of people to join the ranks of those who have broken the chains of Zionist censorship have been a brave group of medical professionals, who have publicly declared their opposition to the Zio-genocide in Gaza in the famous British journal, The Lancet.”