The views of Republican legislator Ira Hansen – considered racist by many – received extensive attention in Nevada and elsewhere, including the Washington Post, after they were first reported Thursday by Dennis Myers, a columnist and news editor for the Reno News & Review. 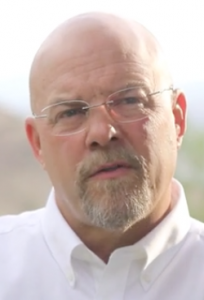 Hansen has written that women should only have limited roles in the military and that “homosexuals downplay the grossly disproportionate numbers of child molesters” in their ranks. He has opined that the “relationship of Negroes and Democrats is truly a master-slave relationship," said that "Negro leaders" should own up to "the lack of gratitude and the deliberate ignoring of white history in relation to eliminating slavery" and that the Clinton Administration was responsible for the Oklahoma City bombing in 1995.

Hansen expressed his views between 1994 and 2010 while writing a weekly column in the Sparks Tribune. Another of that paper’s columnists, Andrew Barbano, wrote last week that Hansen “is an overt bigot, racist and homophobe who also tortures little animals for days in his animal traps.”

Hansen, who is Mormon, opposed the presidential candidacy of fellow Mormon and Republican Mitt Romney, who he called too liberal. Hansen wrote that he has a Confederate battle flag on the wall while writing his columns. “I fly it proudly in honor and in memory of a great cause and my brave ancestors who fought for that cause.”

While he didn’t show up for the stand-off earlier this year between the Bureau of Land Management and Nevada rancher Cliven Bundy (who is also Mormon), Hansen has been critical of the BLM.

He frequently used the term “Negro” without capitalization. In a 2009 column Hansen wrote that there was a myth-making “cult of negro worship” surrounding the late Dr. Martin Luther King Jr., who Hansen called “a hypocrite, a liar, a phony, and a fraud.”

Myers reviewed those approximately 650 past columns of Hansen by spending six days reading past editions of the Sparks Tribune on Microfilm at a local library.

The reaction to his piece on Hansen has been overwhelming, Myers told Hatewatch today. “It goes both ways. There have been a lot of people who have thanked us.”

Hansen obviously also received reaction before announcing his decision over the weekend to not become the next speaker of the larger of the two houses of the Nevada Legislature.

“For the greater good of the State of Nevada and the cause I support it is necessary for me to withdraw as Speaker Designee,” Hansen said in a statement obtained by Myers and posted on his newsview blog.

Hansen said he was the victim of a “carefully orchestrated attack to remove a conservative Republican from a major leadership role in State government.”

“The deliberate character assassination and the politics of personal destruction have totally distorted my views and record,” said Hansen, elected to his third two-year term in this month’s general election.