A 67-year-old self-described "Patriot" has been charged with building two improvised explosive devices found last November near Atlanta in a backpack stuffed with material suggesting the bomb-builder was a Muslim.

Michael Conrade Sibley, of Marietta, Ga., was being held on a $100,000 bond after he was arraigned yesterday in U.S. District Court in Atlanta on one charge of possessing explosives on federal property. 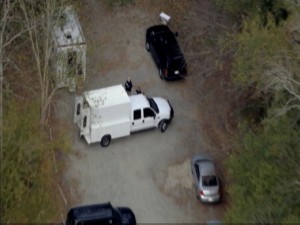 Sibley confessed to FBI agents during an interview on Friday, four days after he was initially interviewed about his involvement with planting a bomb-packed backpack in Vickery Creek Park in Roswell on Nov. 4, court documents said.

It is unclear what initially led authorities to question Sibley over the explosives, which were discovered by a mother and her daughter who were hiking in the park, located on federal property, north of Atlanta. A bomb-squad destroyed the backpack in place.

Evidence subsequently recovered by investigators likely included the suspect’s DNA. Also recovered were components of two potentially deadly pipe bombs, a Koran and a list of potential terrorist targets, including hospitals, schools and Jewish facilities in the Greater Atlanta area.

The Marcus Jewish Community Center of Atlanta was among those listed and put on a heightened state of security after the backpack was discovered.

Various media outlets have reported that the backpack bomber’s intention apparently was to frighten the public and spread fear of Islamic terrorism.

The charging documents say Sibley bought the backpack at a garage sale, and constructed the explosive devices in the garage of his home in Marietta. He admitted placing a Quran and the book The Rape of Kuwait in the backpack, along a copy of the Atlanta Falcons football schedule. He also “wrote the name, ‘Mina Khodari,’ in the backpack because it looked foreign,” the court documents say.

Sibley told FBI agents “he is a ‘patriot’ and he felt no one was paying attention to what was going on the world,” federal documents say. He also expressed the belief that if he planted the backpack bomb in a Roswell Park, “people would finally get that this type of activity could happen anywhere.”