An Arizona man once charged with trying to travel overseas to wage violent jihad and his roommate have been identified as the gunmen killed Sunday evening in Texas after they opened fire outside a contest that was being held to crown the best cartoon of the Prophet Muhammad.

The event, which was attended by about 200 people in the Dallas suburb of Garland, was sponsored by Pamela Geller, the anti-Muslim movement’s most visible and flamboyant figurehead. When the gunfire erupted shortly before 7 p.m., security guards whisked Geller to safety in the inner reaches of the building.

Extra security, including several off-duty Garland police officers, had been hired for what the organizers must have known was a potentially incendiary event, the Muhammad Art Exhibit and Contest. Under most interpretations of Islamic law, it is expressly forbidden to depict the prophet visually, and Muslims have historically reacted with violence when newspapers and magazines have done so.
In January, two French Muslim brothers killed 12 people during an attack in Paris at the offices of the satirical weekly newspaper Charlie Hebdo, which had occasionally published cartoons depicting the prophet.

Before they were killed, the gunmen in Texas, who did not make it past the parking lot of the Curtis Culwell Center, shot and wounded a security guard. The guard was treated and released. No one else was injured in the short-lived attack.

One of the fallen suspects, according to ABC’s “Good Morning America” (GMA), was identified as Elton Simpson, 30, who had previously been the subject of an FBI terror investigation. GMA quoted a senior FBI official saying investigators believed Simpson, of North Phoenix, is the person who sent out several Twitter messages prior to the failed Sunday attack. 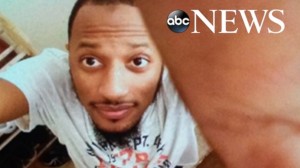 The last message, sent about half an hour before the shooting, the official said, used the hashtag #TexasAttack.

The Guardian described one tweet as saying that “the user and his ‘bro’ had pledged allegiance to Amirul Mu’mineen, Arabic for ‘commander of the faithful,’ and possibly a reference to Islamic State leader Abu Bakr al-Baghdadi.”

The New York Times reports that in 2010 federal prosecutors charged Simpson with plotting to travel to Somalia “for the purpose of engaging in violent jihad” and then lying about his plans to federal agents. The Times said a judge found Simpson guilty of lying but ruled the government did not prove the rest of its case. Simpson was sentenced to three years’ probation.

Simpson’s 34-year-old roommate, Nadir Soofi, was identified as the second gunmen as FBI agents combed the Phoenix area apartment complex where it is believed the men lived, according to The Washington Post.

Appearing on CNN this morning, Geller said the attack “will wake up the American people” to the realization that the “war is here.”

Geller, the president of the American Freedom Defense Initiative, listed by the Southern Poverty Law Center as an anti-Muslim group, also told CNN that her organization had to spend upwards of $50,000 for added security for the contest that offered a top prize of $10,000.

Weeks earlier, in justifying putting on the controversial cartoon competition, Geller said: “After the Charlie Hebdo massacre – and after the violent Muhammad cartoon riots a few years ago – there should have been cartoon exhibits all over the free world, to show jihadists and their stealth groups … that we will not kowtow to violent intimidation.”

Dutch politician Geert Wilders, best known for his criticism of Islam, delivered the keynote address. A cartoonist who calls himself “a recovered Muslim” won the $10,000 prize.

The event was almost over when the gunmen drove up to near the entrance of the parking lot, jumped out of their car and shot the security guard in the ankle.

That’s as far as they got. They were shot and killed by a police officer in a brief exchange of gunfire. Their bodies lay where they fell next to their car throughout the night and into Monday morning as police, using a robot, slowly examined the vehicle for booby-traps and bombs. None were found.

Geller has been a verbal bomber thrower for years, relentlessly shrill and coarse in her broad-brush denunciations of Islam. She also makes preposterous claims, such as the assertion that President Obama is the “love child” of Malcolm X.

Geller uses her website to publish insults of Muslims. She posted (and later removed) a video implying that Muslims practice bestiality with goats and a cartoon depicting the Muslim prophet Muhammad with a pigs’ face (observant Muslims do not eat pork).

After the shooting at Geller’s event in Garland Sunday night, Alia Salem, head of the Dallas chapter of the Council on Islamic Relations, told The Daily Beast that she had for weeks “passionately urged” Muslims to ignore Geller and her provocative contest.

On her Facebook page on April 25, Salem said Geller’s goal was “to incite our community and rile us up and I do not want to give her the satisfaction or media attention she thrives on. Without our reaction she has no story at all and no draw for the media which is what keeps her going and allows her to get publicity.”

Salem asked, “Let’s not fall for it. Please.”

At least two men did not heed her plea.