Once again, LGBT-friendly community attracts violence from the outside.

A man with a lengthy criminal record who claimed he couldn’t remember attacking three gay men in Seattle’s Capitol Hill neighborhood with a knife was sentenced this week to 30 months in prison after pleading guilty to committing a federal hate crime. 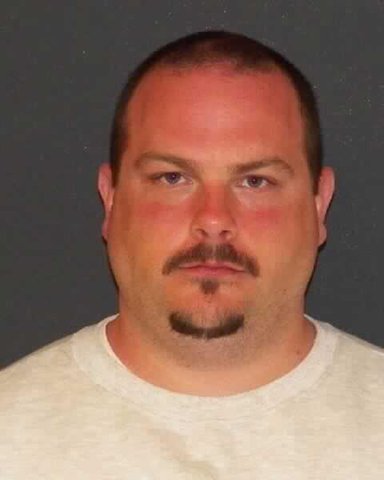 Troy Deacon Burns, a 38-year-old from Bremerton, WA, admitted in his plea agreement to threatening a group of three men with a knife on Jan. 25, 2015, while shouting homophobic slurs before being arrested by Seattle police. He was charged under the federal Shepard-Byrd Hate Crimes Prevention Act, and entered a guilty plea in August.

According to news reports, the three men encountered Burns in the Capitol Hill neighborhood, which is well known as the epicenter of the city’s LGBT community. Burns came up behind them and began shouting slurs at them, then raised a knife into a stabbing position and began chasing them.

At one point he managed to catch up to one of the men and again threatened to stab him, while simultaneously uttering an anti-gay slur. But his friends managed to pull him away from Burns’ grasp.

Seattle police arrived shortly afterward, and officers pulled their guns to arrest Burns, who then reportedly claimed he didn’t have a knife, though a search shortly revealed one in his pocket. Burns also claimed to have done nothing wrong, but then continued to shout homophobic slurs after being handcuffed and placed inside the squad car.

Burns had an extensive criminal record in Kitsap County, where Bremerton is located. It included convictions for marijuana and cocaine trafficking, as well as fourth-degree assault, supplying liquor to minors, hit-and-run driving, and for driving with a suspended license, as well as a number of other driving violations.

"No one should have to fear attack because of their sexual orientation when they walk down the streets of the cities and towns in Western Washington,” said U.S. Attorney Annette Hayes, announcing Burns’ sentencing.

The Capitol Hill neighborhood has a history being the focal point of several hate crimes, often perpetrated by people from outside the community. The problem dates back to at least 1990, when a group of neo-Nazis from northern Idaho came to Seattle intent on setting off a series of pipe bombs inside Neighbours, a popular gay nightclub in the area (those men were arrested before enacting their plot and wound up serving federal prison time). On New Year’s Eve 2014, a Libyan emigre attempted to set an arson fire behind the same club while it was packed with hundreds of patrons, but the fire was quickly extinguished, and the would-be arsonist wound up being convicted on arson charges and sentenced to a 10-year prison term.

More recently, three Russian immigrants from Whatcom County were convicted in 2005 of a hate crime assault on a gay man, Micah Painter, who was brutally beaten and slashed with a broken bottle. And in 2013, five men from out of the state were charged with hate crimes for their vicious assault on a gay black man, a crime that authorities said was motivated both by the man’s sexual orientation and his race.

A forum this spring on Capitol Hill focused on the problem, which members of the LGBT community is increasing in intensity in recent years.