Evangelist Tony Alamo, whose anti-Catholic, gay-bashing rants attracted hundreds of followers and made him a millionaire, died this week in prison where he was serving a 175-year term for raping young girls he called his child brides. He was 82.

His passing on May 2 at the Federal Correctional Institution in Butner, North Carolina — only seven years into his life prison term — brought relief to some of his victims, including one woman who called him pure evil. But she and many others likely will be scarred for life by their encounters with the religious guru who headed Tony Alamo Christian Ministries.

Its cultish, hate-group activities and propaganda recruiting efforts live on in Los Angeles, New York and on the Internet, despite his criminal conviction in 2009 and multi-million dollar civil judgments and insurance settlements against Alamo and his empire. 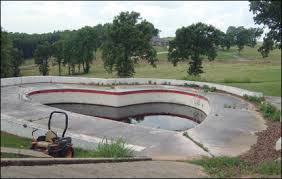 Tony Alamo's once lavish mansion is now abandoned and in disrepair.

His once-lavish, 13,064-square foot mansion — built in the 1970s with a heart-shaped swimming pool, basement recording studio and dinner seating for more than 100 — sits abandoned and vandalized on 122-acre compound near Dyer, Arkansas, 16 miles northeast of Fort Smith.

Its new owner is having trouble finding a buyer for the eerie estate — a landmark where Alamo sexually abused young girls and beat boys until the bled, where he once kept his dead wife’s body on display for months and where he and his followers designed and made sequined denim jackets for Hollywood stars, including Michael Jackson and Elvis Presley. 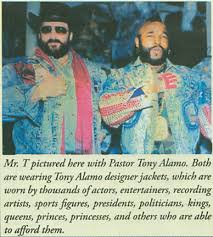 Susan Groulx, who was an Alamo follower from age 18 until she was 43, told Hatewatch Thursday she was relieved to hear of his death. “I hope it brings about the dissolution of this destructive ministry,” she said.

“I knew Alamo to be a delusional, narcissistic, unmerciful and evil man,” Groulx said. “Even behind prison bars, Alamo persisted in writing tracts, pastoring the church in his warped way, and controlling follower's lives.”

Like other religious cults, she said, Alamo required his followers to “disconnect from those that left.”

“He has caused so much damage to so many lives and has caused relationships to be fractured,” Groulx said, explaining that some adult children who left have not been able to speak to siblings or parents for years.

“It’s a heartbreaking situation, and I’m hoping his death will bring reconciliation to families,” she said.

“I no longer believe in Hell,” Groulx said, “but I’ve never met anyone more deserving than Alamo of going there.” 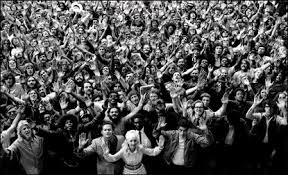 Tony and Susan Alamo in the cult's heyday.

Another ex-follower, then known as Jael Sprinkle, was abused by Alamo whom she likened to Hannibal Lector, the cannibalistic serial killer of movie legend.

“He is someone's father and husband,” Sprinkle said, “and if his death brings closure to some people that's fine.”

But, she added, “There are thousands of us for whom our Hannibal Lector posed an unsolvable question: How does a human become so shattered and why couldn't we find that one missing piece that would put them back together in time to make them feel some sort of regret for what they have done?”

“He's gone and that opportunity is no longer a possibility,” Sprinkle said. “I don't think I'll ever see closure. People I loved are dead because of him. There is no closure for that.” 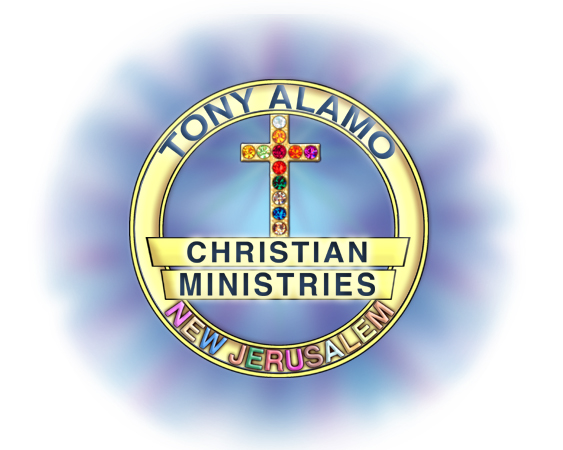 “Alamo blames the Catholic Church for every evil imaginable, including communism, Nazism, the two world wars and even the Jonestown Massacre,” the piece said, quoting from Alamo’s own tract which claimed “narcotics, prostitution, pornography, booze and black market — every filthy thing — can be traced right back to the Vatican.”

More simply put, he said “that old serpent called the Devil” was behind the Vatican, the one-world government conspiracy theory and homosexuality.

The SPLC investigative report also detailed Alamo’s unorthodox belief in polygamy, which he claimed was permitted by the Holy Scriptures. He practiced what he preached, taking at least five wives, including girls as young as 9 and 10, the article detailed.

A year after the published report, FBI agents and Arkansas state police raided Alamo’s compound, searching for evidence of child abuse and child pornography.  Authorities didn’t disclose if they seized stores of candy and Barbie dolls Alamo kept as enticements in his bedroom where he sexually abused young girls for a period of 14 years.

Seven women who were victims of physical and sexual abuse brought a civil suits, resulting in a $525 million judgment, the largest in Arkansas history.

“It was very substantial,” attorney David Carter, who represented the women, told Hatewatch.

“We were able to sell off about 35 properties in Arkansas, including church buildings, gyms, businesses and homes,” Carter said. “There are still a few properties in California, Kentucky and Florida we intend to sell to partially satisfy the civil judgments.”

“We were also able to reach settlements with a number of insurance companies who insured Alamo-controlled businesses and properties,” the victims’ attorney said, adding that the settlement amounts are confidential.

“They all have the financial resources they need to help deal with the chaos and damage Alamo heaped on them.” 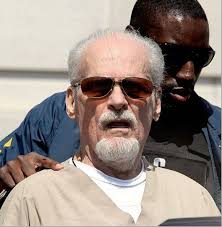 Born Bernie LaZar Hoffman to Jewish parents, Alamo changed his name to sound more like an Italian crooner and claimed to have worked as a rock 'n' roll promoter in the 1960s.  It was about that time he apparently decided there was more money to be made in street ministries in California.

His so-called Christian ministry offered free meals and a heaping dose of the stern Bible talk, attracting hippies and young people estranged from their families.  The band of self-described “Jesus Freaks” preached about the wrath of God, modern-day miracles and a denunciation of Catholicism and homosexuality.

Alamo, in a 2008 interview with The Associated Press, claimed he was a unique Christian preacher because he was born a Jew and had a “supernatural experience” through which he became a born-again Christian.

In 1966, Alamo married washed-up actress Edith Opal Horn, who reinvented herself as an evangelist and became Susan Alamo. The couple started the Tony and Susan Alamo Christian Foundation, later renamed Tony Alamo Christian Ministries. They preached to their thousands of followers that anyone who left the church would burn in hell. 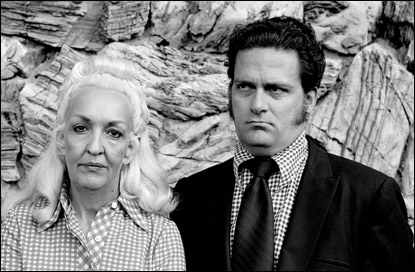 He kept her embalmed body in the dining room of their Arkansas mansion for several months, regularly ordering fresh flowers from a local florist and predicting that she would rise from the dead, Hatewatch reported in 2009. Her casket eventually was interred in a heart-shaped mausoleum, only to be spirited away and apparently hidden in a barn before a raid by federal agents. After a legal fight, her remains finally were entombed in Tulsa, Oklahoma, in 1998.

Alamo was arrested on a felony child abuse charge in 1989, but it was dismissed six years later. The case involved an 11-year-old boy who was given 140 blows at Alamo’s directions for minor academic infractions. His family late filed suit and won a $1.4 million judgment against Alamo and his Christian Ministries.

Alamo was arrested in 1994, living in Florida under an assumed name. He subsequently was convicted of violating federal tax laws — not paying taxes on more than $9 million his church with its non-profit status had raked it solely for his benefit.

Released from federal prison in 1998 on the tax evasion conviction, Alamo returned his Arkansas-based ministry, preaching for the next decade that girls should marry once they start menstruating. "God impregnated Mary when she was about 11 years old. So the government idiots, the people that don't know the Bible, what you're going to have to do is get a hold of God now, you're going to have to get up there and cuff him and send him to prison for statutory rape."

At his sentencing in 2009 in Texarkana, three of Alamo’s so-called child-brides testified.

“What kind of man of God does what you have done?” asked one of the women who had been statutorily raped by Alamo when she was 8.

Sentencing Judge Harry F. Barnes told Alamo that the day was nearing when he would face a higher judge. “May God have mercy on your soul.”