An active duty U.S. Marine who belonged to a neo-Nazi group and bragged about involvement in last year’s deadly “Unite the Right” (UTR) rally in Virginia has been convicted in a court martial.

Pistolis was charged under the Uniform Code of Military Justice with failure to obey an order or regulation and making a false official statement.

An article co-published last month by ProPublica and Frontline reported that Pistolis, who reportedly is from Charlotte, North Carolina, “has spent years in the white power movement.”

His racist ties include “a stint as a cell leader for the Atomwaffen Division,” a violent, neo-Nazi group “that espouses political terrorism and the overthrow of the U.S. government,” the media outlets reported.

The article also disclosed that Pistolis had claimed in social media chat rooms that he assaulted four people at last summer’s UTR rally in Charlottesville. 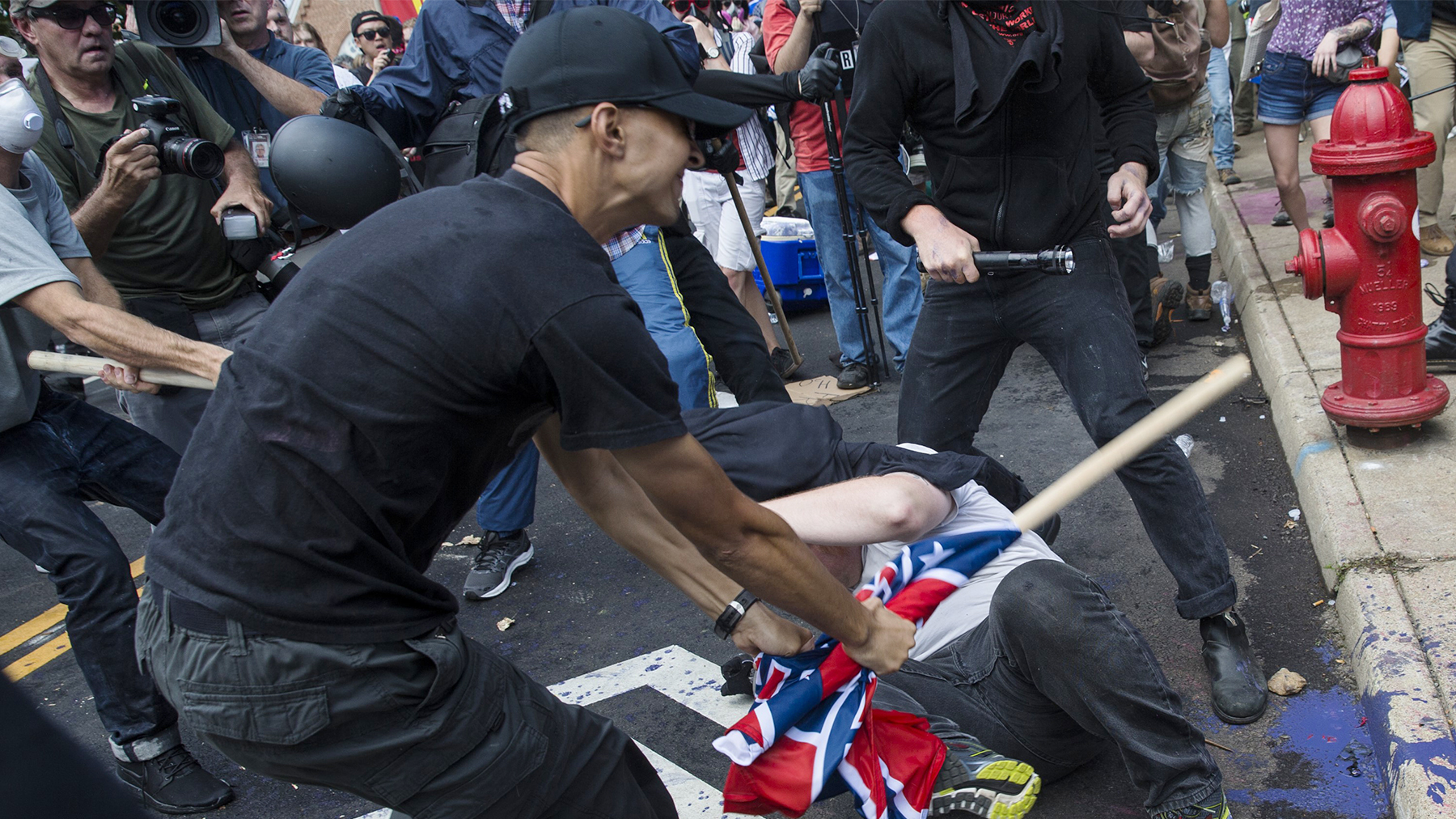 In one of those chats, the publications reported, the young marine posted: “Today [I] cracked 3 skulls open with virtually no damage to myself.”

The U.S. Department of Defense has rules forbidding military service members from joining white supremacist rallies or demonstrations. The Marine Corps also has regulations barring its members from “participation in supremacist or extremist organizations or activities.” Violations can lead to court martial or discharge.

In interviews with ProPublica and Frontline, Pistolis asked the news organizations “not to publicize his involvement in the neo-Nazi movement,” the article reported.

Pistolis denied being at the Charlottesville rally despite several photos that appear to show him “at the center of several altercations” alongside other white supremacists at the August 12 event, the article said. He claimed he infiltrated Atomwaffen “on behalf of another neo-Nazi group” that the article didn’t identify.

The news organizations “concluded that Pistolis had been a leader in the Atomwaffen Division at the time of the rally and had traveled to Virginia intent on violence,” the article reported.