This past spring, one of my friends at Hardin County High School in Savannah, Tenn. wore a T-shirt on the Day of Silence – a national observance to raise awareness of anti-gay bullying and harassment.

This past spring, one of my friends at Hardin County High School in Savannah, Tenn. wore a T-shirt on the Day of Silence – a national observance to raise awareness of anti-gay bullying and harassment. Her shirt displayed the slogan, "Lesbian and Proud."

That took courage. Many people in my small Tennessee community still look down on lesbian, gay, bisexual and transgender (LGBT) people as though they ought to be ashamed. In fact, a school official made my friend reverse her T-shirt, claiming it violated the school's dress code, which prohibits messages promoting sex.

The censorship of my friend's T-shirt upset me and a good number of other students at school. We organized a Week of Pride to show support for free speech, LGBT people and their friends who sometimes face harassment at my high school. A school official also tried to end the Week of Pride.

It felt as if things would never change. 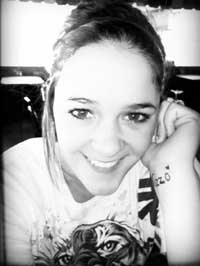 But this progress also caught the attention of a church group. This group placed an ad in the local newspaper offering free T-shirts for students in my school district. The T-shirts were emblazoned with messages including, "PROUD TO BE PRO-MARRIAGE, GOD DEFINES MARRIAGE!" The back of the shirt proclaimed, "For this reason a man will leave his father and mother and be united to his wife and they will become one flesh." Talk about promoting sex!

Other T-shirts distributed by the group declared, "I'm a CHRISTIAN AND PROUD of it!" Of course, many LGBT people are also Christian. They are our family members, friends, neighbors and classmates. It's well time we get past an “us vs. them” mentality. My sincere hope is that we can move beyond mean-spirited name-calling. We need to elevate constructive and respectful dialogue based in fact.

Sadly some of my classmates have banded together to "pray away the gay" – as if sexual orientation is a choice. I believe that sexual orientation, whether straight or gay, is not a choice. That’s why it was heartening to see many Hardin County High School students participate in the Week of Pride last summer. It’s also why I’m asking people to join me and other students this Wednesday, Aug. 15, to show our support for LGBT students and their allies by peaceably exercising their freedom of speech by wearing t-shirts, slogans and symbols in support of the LGBT community.

Together we are building dialogue, raising awareness and creating a better world by dispelling the myth that some people are less worthy of love and acceptance because of their sexual orientation.

Isabella Nuzzo is a senior at Hardin County High School in Savannah, Tenn.