A lawyer in the SPLC’s Louisiana office recalls the discrimination faced by Latino families who wanted their preschoolers to have equal opportunities to get a jump on their education.

As a parent, Maria* believed it was important for her 2-year-old daughter, Cristina, to attend Head Start in Jefferson Parish, La.

Cristina needed to be prepared for kindergarten. She needed an opportunity to learn English. She also needed to develop the independence that would come from leaving her mother’s side to play with other kids. Head Start, which prepares preschoolers from low-income families for school, offered all of those opportunities.

But when Maria attempted to register her daughter for the program in the spring of 2013, she was turned away. Though the tyke was an American citizen, the Head Start center wouldn’t accept Maria’s foreign passport as identification. They wanted a Louisiana driver’s license or other proof of citizenship.

“I felt powerless to not be able to help my kids,” Maria said at the time. “And it’s a shame that I can’t help them because of certain things I don’t have. Why are the kids being discriminated against because of parents who lack documents?  I think this is unjust.” 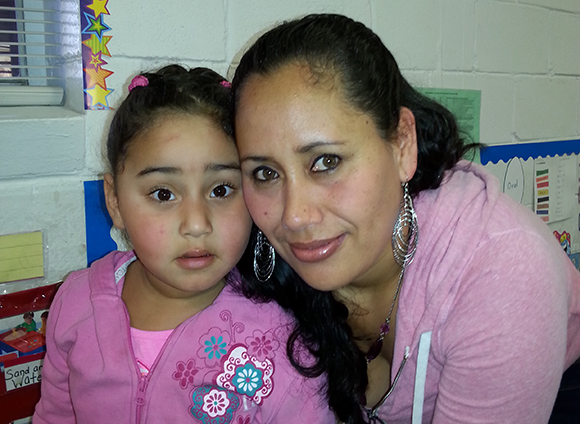 Cristina wasn’t the only Latino child turned away that day.

A volunteer at the Head Start application event saw many Latino children denied a chance to apply because their parents lacked proof of U.S. citizenship. After seeing so many parents leave disappointed, the volunteer called me, a lawyer in the SPLC’s Louisiana office. The volunteer recounted what happened, hoping we could somehow help these families.

I determined that all children, living below a certain income level, are eligible to apply for Head Start regardless of their citizenship or their parents’ immigration status. There was no legal justification for denying their applications.

We demanded that the local Head Start stop illegally denying applications from Latino families and others like them. The program changed its enrollment criteria and started accepting children such as Cristina. We also reached out to local Latino families to let them know that they could now apply.

A year later, 3-year-old Cristina is happily enrolled at her neighborhood Head Start center. Maria is thrilled about her daughter’s progress.

“She’s learning a lot.” Cristina “is becoming so independent. Before, she wouldn’t leave my side and would start to cry if she wasn’t with me. Now, she loves to play with other kids. And she’s starting to speak a little bit of English and understands even more!”

It’s all Maria ever wanted for her daughter: an opportunity to succeed.

*Client names have been changed to protect their identities.

Jennifer Coco is a staff attorney with the SPLC’s Louisiana office.