The SPLC president attends a Berlin conference on anti-Semitism and reminds us that the battle against such bigotry is everyone’s fight, one that Americans cannot afford to ignore. 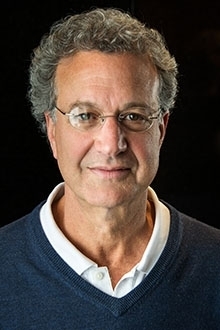 Last week, I participated in a conference in Berlin on European anti-Semitism, held by the Organization for Security and Cooperation in Europe (OSCE). I was a member of a “rainbow” delegation of U.S.-advocacy organizations that came to the conference to emphasize, by our example and our words, that the battle against European anti-Semitism is everyone’s fight, not simply a Jewish one. It is also a battle that we, as Americans, cannot ignore.

The conference commemorated the 10th anniversary of the OSCE’s Berlin Declaration – a declaration that called on the 57 member-countries to combat anti-Semitism in a variety of ways.

But it was difficult to see the glass as half full rather than half empty.

The consensus was that anti-Semitism is more virulent in Europe today than it was 10 years ago. Furthermore, the political will to respond seems uncertain. A third of the OSCE member-countries did not attend the conference; most of those that did sent only midlevel officials. Despite the fact that the Berlin Declaration called on OSCE countries to collect data on anti-Semitic incidents, only 11 of 57 are doing so today.

The speech by Samantha Power, the U.S. ambassador to the United Nations, was one of the conference’s bright spots. She emphasized that the increasing number of anti-Semitic incidents in Europe “are not only a threat to the Jewish community, they are a threat to the larger project of European liberalism and pluralism.”

We would take Ambassador Power’s point a step further. We went to the conference in Berlin not only out of concern for our European friends but also because we recognize that bigotry is a virus akin to Ebola, something that can spread across international borders with deadly consequences unless checked. The Internet acts as a carrier, connecting anti-Semites and other bigots across the globe.

Earlier this year, we released a report about one of the main “carriers” – a racist, anti-Semitic web forum called Stormfront.org that is operated from Florida but draws most of its daily visitors from foreign countries. Its motto is “White Pride World Wide.”

Our report demonstrated that in the last five years alone, Stormfront members had murdered close to 100 people in this country, Canada and Europe. Using a similar white supremacist forum was Frazier Glenn Miller, a neo-Nazi who murdered three people in April at Jewish facilities in Kansas and whose followers once conspired to blow up our building. Ambassador Power cited his case in candidly acknowledging that our country is by no means immune from the horrors of anti-Semitism.

Because most European nations do not have something equivalent to our First Amendment in their constitutions, some at the Berlin conference called for censorship and the prosecution of hate speech. But, in our view, such measures will never be effective. What’s called for instead is the vigilant monitoring of hate activity, the vigorous prosecution of crimes motivated by bigotry, and a deep commitment to anti-bias education. It’s the kind of work that we do every day in this country and the kind of work that our delegation recommended to those at the conference in Berlin.

The work will never be easy, nor, frankly, will it ever end. But as the history of the Holocaust that hung over the conference reminds us, it’s work that must be done.