Teens in Florida respond to an SPLC writing contest with powerful words about why children should not be prosecuted in the adult criminal justice system. 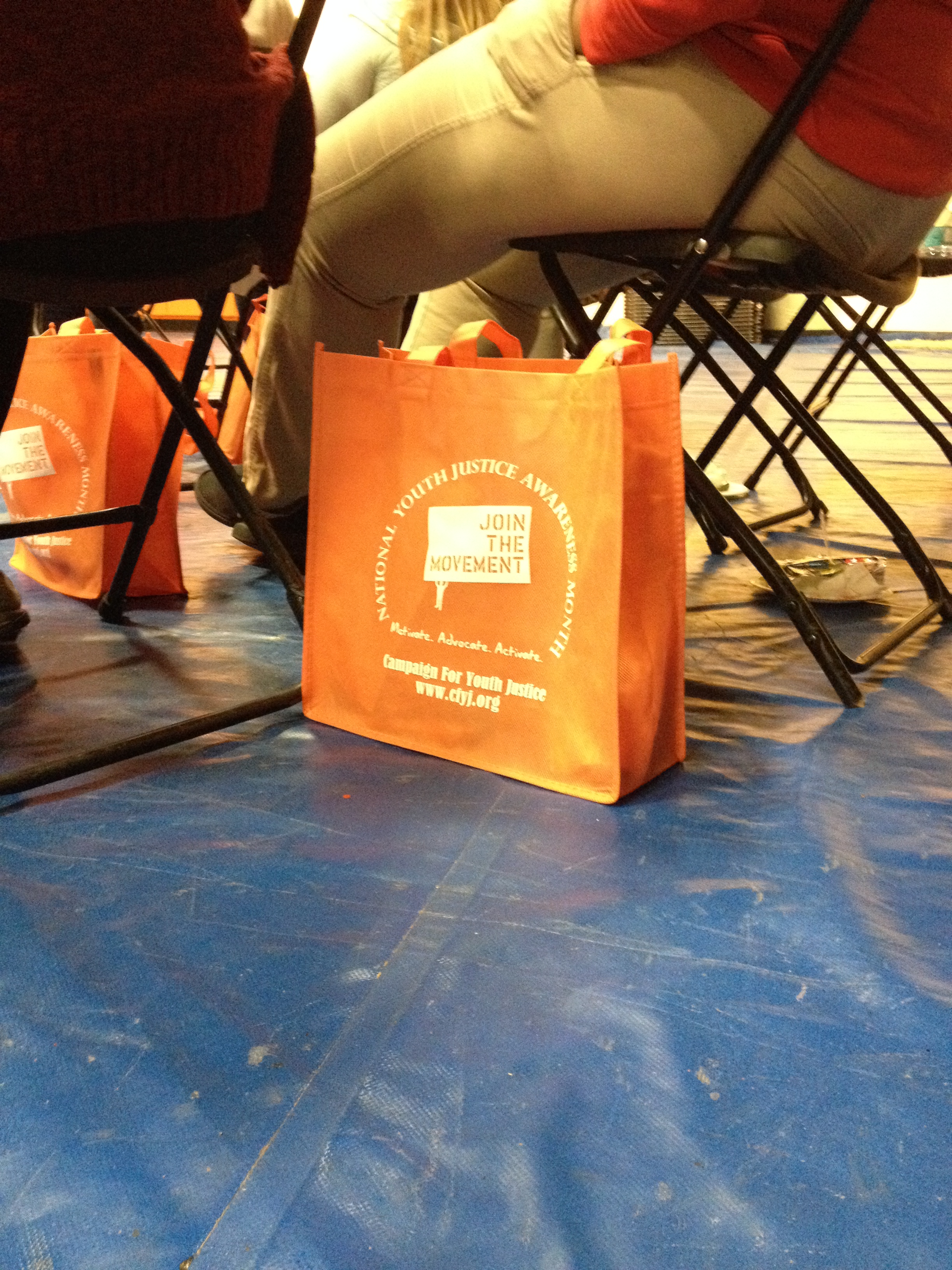 An SPLC colleague and I recently visited with hundreds of students at several high schools in Jacksonville to talk about Florida’s harmful practice of charging, trying and incarcerating children in the adult criminal justice system.

The state ranks highest in the country in its rate of prosecuting youth as young as 12 in the adult system. It’s a destructive practice that we’re trying to change.

Our talks during Youth Justice Awareness Month in October also kicked off a writing contest in which the students were asked to express their views on the subject, whether in a poem, song, rap, essay or letter.

The students shared insightful messages with us. Most of all, they shared their frustration at a system they believe is unfair. Here are just a few of the title submissions we received from several Duval County high schools:

Life in the Dark

Ain’t no Sunshine in the Sunshine State

Stuck in the Shadows

We heard from one 15-year-old at Mandarin High School who said the threat of adult prosecution was used to coerce her into pleading guilty to a crime she didn’t commit. It’s a complaint we hear often from children and parents.

“They are giving up on us before we can even stand a chance at fighting for ourselves,” said a young man at Raines High School.

We met more than 500 teens. Each and every one of them was smart, passionate and full of so much potential. I was overcome with emotion many times, mostly because I knew these beautiful faces staring back at us are our future and that Florida, more than any other state, gives up on them too easily.

The contest was about more than just putting thoughts on paper. Too often, the voices of children are lost in the conversations we have over changing policy. Our goal was to collect as many writings as possible to share with policymakers who advocate keeping this horrible law on the books.

The submissions came in – all of them powerful, thoughtful and spot on.

We invited the students and their families to an event we held on October 17 at Edward Waters College in Jacksonville. At the event, our SPLC office in Miami, along with Family of Youth Incarcerated (FYI) and the ACLU, invited the students to share their writings with the professors, community supporters, defense attorneys, teachers and other concerned citizens who attended.

I remember feeling chills as a 16-year-old girl stood up, looked at the audience, and cried while reading:

“Now you get silent.

Are you listening to me?

Oh yeah, that serves you right.

I don’t want you to be mad,

Just to look another way.

Not just through a judge’s eye,

But, in a teenager’s okay?”

This child got it. She knew what I know – that criminally prosecuting and adjudicating a child as an adult is not just problematic, but dangerous. We know from the evidence that incarceration in the adult system leads to a greater risk of sexual assault behind bars as well as suicide.

This child sees the injustice and she is also frustrated by the impact on young boys and girls and her community. 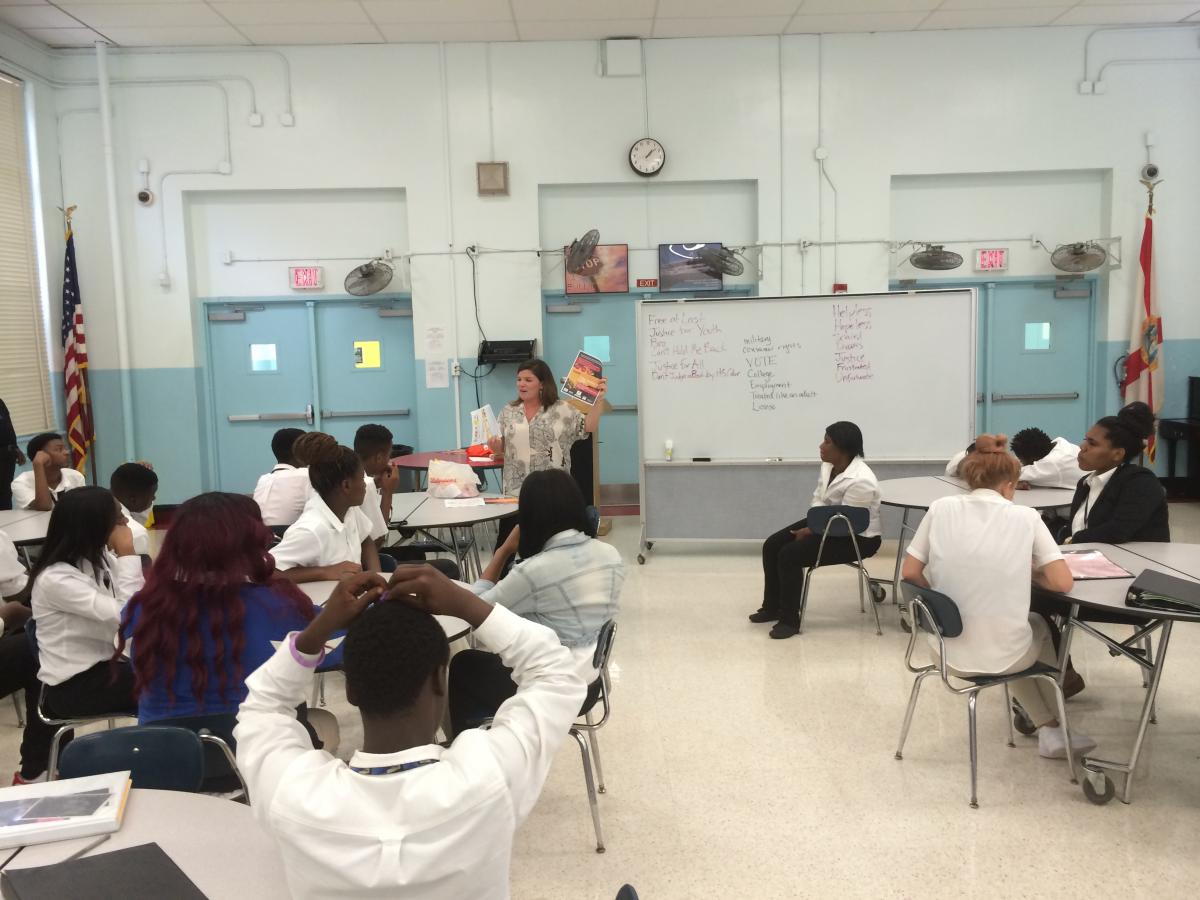 As a society, we recognize a bright-line distinction between children and adults in myriad legal and social situations. We do not allow children under 18 to vote, serve in the military, get married without parental permission or, in most situations, consent to medical care. We also categorically state that all children under 18 lack the sufficient maturity to make a legal contract, including a cell phone contract, view “adult” content or attend R-rated movies without a parent.

We even say that youths 18, 19 or 20 lack the sufficient emotional and cognitive development to legally drink alcohol or gamble. We do not draw behaviorally based distinctions in any of these situations. We do not, for example, say that some children have demonstrated an adult-like tendency and so should be able to serve in the military or vote.

Florida, however, routinely judges children and teens as adults.

Our community suffers too much from the consequences that come from sending children to adult courts and jails. I’m angry and tired of seeing children, sometimes as young as 13, being shackled, taken from their parents and processed through a system that does not acknowledge their age and all that comes with that status of immaturity, a system that does not offer them the educational and rehabilitative services they need to overcome their troubles.

My anger fuels this fight, and I won’t give up. I can’t give up until this law is changed. There’s just too much at stake.

Michelle Jack-Llosa is a community youth advocate in the SPLC’s Florida office.

Learn more about our campaign to end Florida’s practice of sending children to adult jails at www.noplaceforachild.com.