On the same historic day same-sex couples in Alabama were allowed to marry, SPLC client Paul Hard finally received an amended death certificate recognizing him as his husband’s surviving spouse – a recognition that came nearly four years after his husband died in a car crash.

On the same historic day same-sex couples in Alabama were allowed to marry, SPLC client Paul Hard finally received an amended death certificate recognizing him as his husband’s surviving spouse – a recognition that came nearly four years after his husband died in a car crash.

“It’s a good day,” Hard said, clasping the certificate in his hand. “It’s bittersweet. Today my home state recognizes our marriage. I put my wedding ring with David [Fancher] back on today in anticipation of this moment. I have been waiting for this recognition from the state, but sadly this had to come after his death.”

Last month, a federal judge struck down the state’s ban on same-sex marriages, which also barred Alabama from recognizing valid same-sex marriages from other states. The ruling was put on hold until today, allowing Hard to ask the state to correct the certificate that listed his husband’s marital status as “Never Married.” Hard and Fancher were married in Massachusetts in May 2011 but were Montgomery residents. Fancher was killed that August in a wreck on Interstate 65. 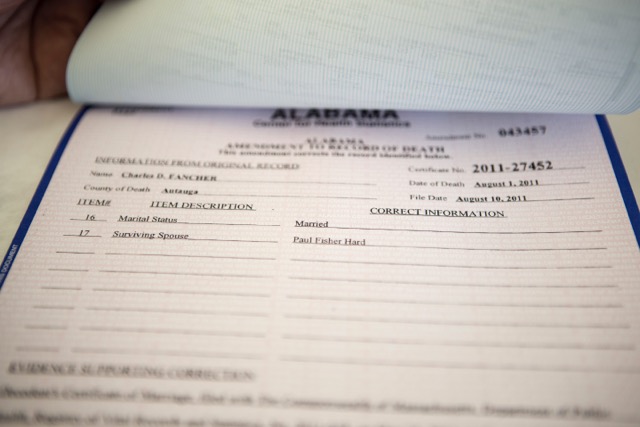 At the Alabama Center for Health Statistics office in Montgomery this morning, Catherine Molchan Donald, state registrar and director of the center, presented Hard with the amended certificate.

“Glad we could do this for you,” she said after apologizing for the long delay and handing a teary-eyed Hard his certificate.

It was just one poignant moment during a landmark day in Alabama. It was also a day marred by confusion. Hours before the ban was set to end, Alabama Chief Justice Roy Moore issued an order advising probate judges to defy the federal court’s ruling. 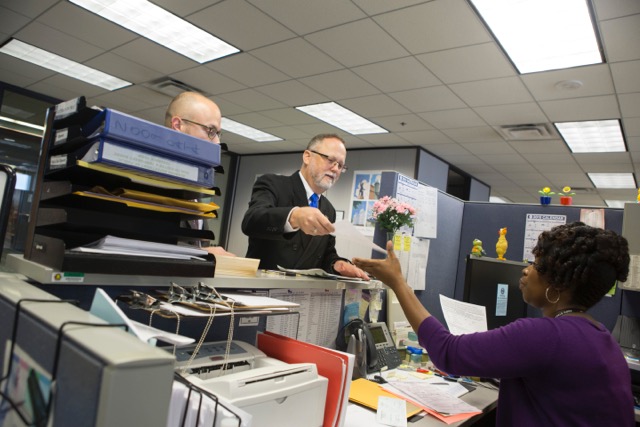 “It’s a great day in Alabama for everyone who cherishes freedom,” said SPLC President Richard Cohen. “We congratulate the same-sex couples who are finally able to marry in our state, and we honor the probate judges who are following the Constitution of the United States rather than Chief Justice Moore’s suggestion that they defy it.

“Unfortunately, we are seeing reports of counties around our state closing their doors to couples seeking marriage licenses. This is the direct result of the meddling by Chief Justice Moore. He claimed that his order late Sunday night was made to prevent confusion, but confusion was his goal and he achieved it, at least temporarily, to the detriment of same-sex couples in our state. The probate judges who continue to deny same sex couples their constitutional rights will likely face expensive lawsuits.”

As for Hard, the amended death certificate means an SPLC case filed on his behalf may be a step closer to being resolved.

“We are hopeful that the fact that Alabama now recognizes Paul as the surviving spouse will bring a speedy conclusion to his case,” said Sam Wolfe, SPLC senior staff attorney. “The day for homophobic laws in Alabama is past. It’s a tired story. The new chapter is greater liberty and respect for all Alabamians.” 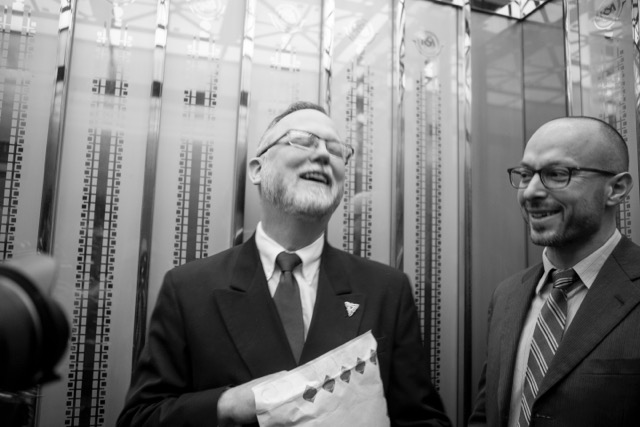 The lawsuit challenges Alabama laws that refuse to recognize valid same-sex marriages. Along with an amended death certificate, which Hard received today, the lawsuit in the U.S. District for the Middle District of Alabama demands that Hard receive his rightful share of proceeds from a wrongful death suit.

In Alabama proceeds from a wrongful death case must be distributed under the laws of intestate succession, regardless of a will which listed Hard as the sole beneficiary. Hard was not able to be deemed the surviving spouse and share in proceeds of the lawsuit when the state refused to recognize his marriage.

All photos by Valerie Downes, SPLC