The Southern Poverty Law Center urged school officials in Dothan, Alabama, this week to change its discipline policies after an SPLC investigation revealed that African-American students overwhelmingly receive harsh discipline that needlessly pushes them out of school for minor misconduct.

During a wide-ranging presentation at a Dothan City Board of Education meeting Monday evening, the SPLC shared its findings, which showed that despite African Americans representing 55 percent of all district students, they represent 85 percent or more of the students removed from class through practices such as suspension, in-school suspension and assignment to alternative school. The SPLC also found that students with disabilities were frequently disciplined for behavior related to their disability. In both instances, students were disciplined for broad and ambiguous infractions such as “defiance” and “disorderly conduct.” 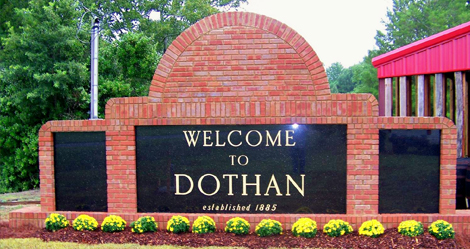 The SPLC called for several reforms, including using suspensions only for the most serious offenses. The school board is expected to review the SPLC’s recommendations and take action at its July 18 meeting. The SPLC has asked that all policy changes be implemented by Jan. 5 to allow enough time for the district to train faculty.

“The evidence is clear: Pushing kids out of school for routine misbehavior is a formula for failure,” said Natalie Lyons, SPLC staff attorney. “We are encouraged that the school board is willing to work with us to ensure every student has an opportunity to succeed.”

During the presentation, the SPLC highlighted its success at another Alabama school district – Mobile County Public Schools. The school district made headlines in 2013 after a high school principal suspended more than 90 students in one day for uniform violations. A year later, suspensions dropped by more than 30 percent after the district reformed its policies as part of a settlement agreement to resolve an earlier SPLC lawsuit.

The agreement is part of the SPLC’s effort to eliminate harsh school discipline policies across the Deep South that disproportionately affect African Americans and children with disabilities.

“Pushing out children of color is not the answer,” Lyons said. “It is imperative that school districts find effective, even-handed ways to address behavior without depriving children of an education.”