CoreCivic, Inc., a private prison company under contract with Stewart County, Georgia, to house individuals detained by U.S. Immigration and Customs Enforcement (ICE), is forcing detained immigrants to work for as little as $1 a day to clean, cook, and maintain the detention center in a scheme to maximize profits, according to a class-action lawsuit the SPLC filed against the company today.

Detained immigrants at Stewart Detention Center in Lumpkin, Georgia who refuse to work are threatened with solitary confinement and the loss of access to basic necessities, like food, clothing, products for personal hygiene, and phone calls to loved ones, in violation of federal anti-trafficking laws, according to the lawsuit.

“CoreCivic is placing profits above people by forcing detained immigrants to perform manual labor for next to nothing, saving millions of dollars that would otherwise provide jobs and stimulate the local economy,” said Meredith Stewart, senior attorney for the SPLC. “CoreCivic is padding its pockets by violating anti-trafficking laws.” 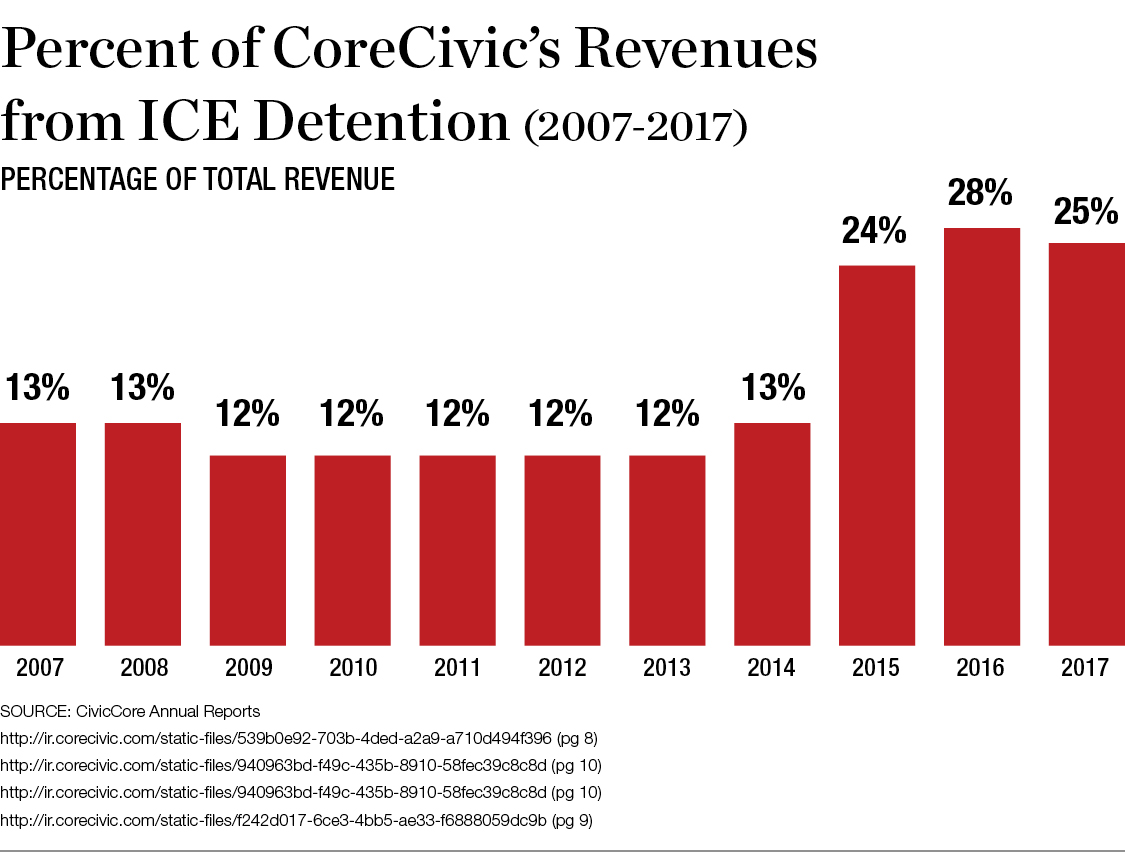 The “Dollar-a-Day” program creates a lucrative profit scenario for CoreCivic: Detained immigrants are forced to purchase basic necessities from CoreCivic’s commissary, and the primary way to fund their purchases is to participate in the work program that is necessary for the operation of the facility. These jobs include providing basic functions at the facility like cooking and cleaning, work for which CoreCivic would otherwise have to hire and pay outside employees. 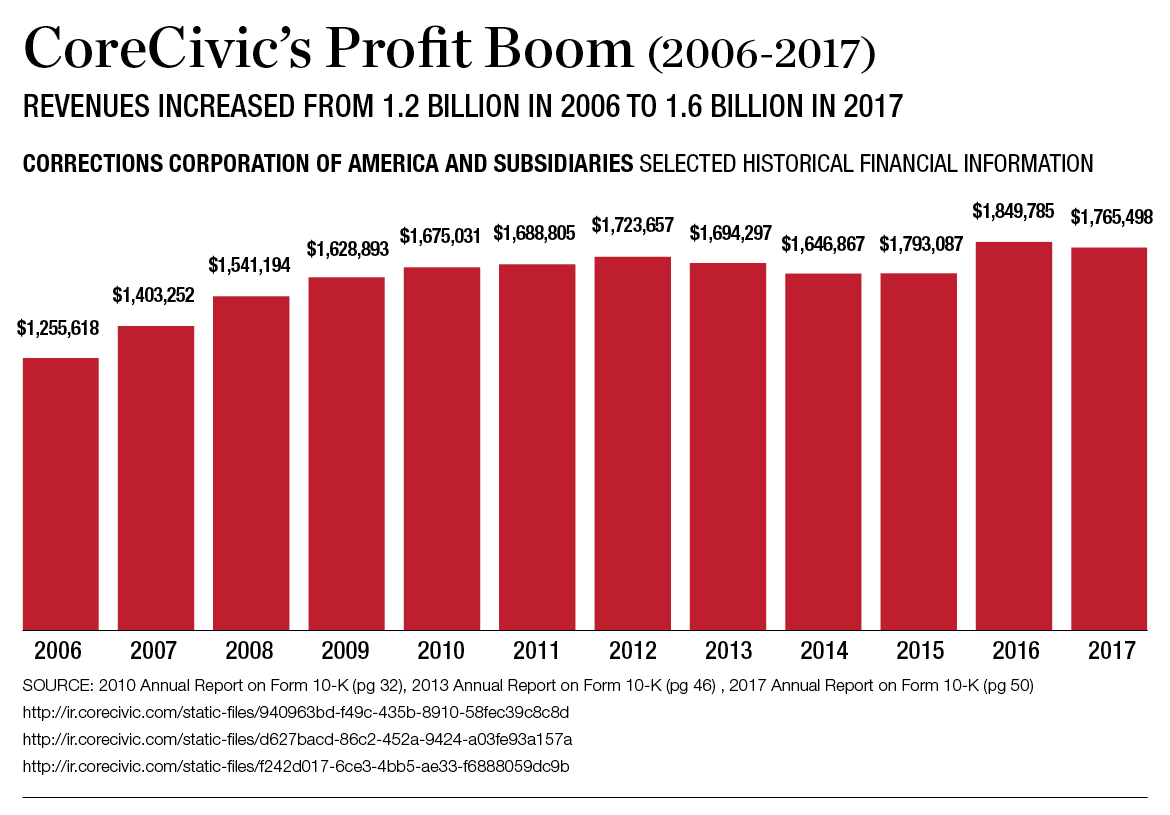 Plaintiff Wilhen Hill Barrientos is an asylum seeker from Guatemala who has been detained for 33 months while his case is pending. When he arrived at Stewart Detention Center, he was faced with a difficult decision – either work for nearly nothing or lose access to basic necessities, safety and privacy.

Refusing to work would mean that Barrientos would not have enough money to pay for costly phone calls to his family, and that he would likely be moved from a two-person prison cell to an open dorm that has few bathrooms, round-the-clock lighting and frequent fights; or that he would be placed into solitary confinement.

“When I arrived at Stewart I was faced with an impossible choice – either work for a few cents an hour or live without basic things like soap, shampoo, deodorant and food,” Barrientos said.

“If I didn’t work, I would never be able to call my family,” said Barrientos, who works in the kitchen, cooking meals for up to 2,000 people each day.

For his work, Barrientos receives at most $4 to $5 per day for six to eight hours of work; approximately 50 cents per hour. Since Stewart has no paid kitchen staff, officers usually require Barrientos to work seven days a week, even when he is sick. Barrientos was sent to medical segregation for two months after he filed a grievance for being forced to work while he was sick. 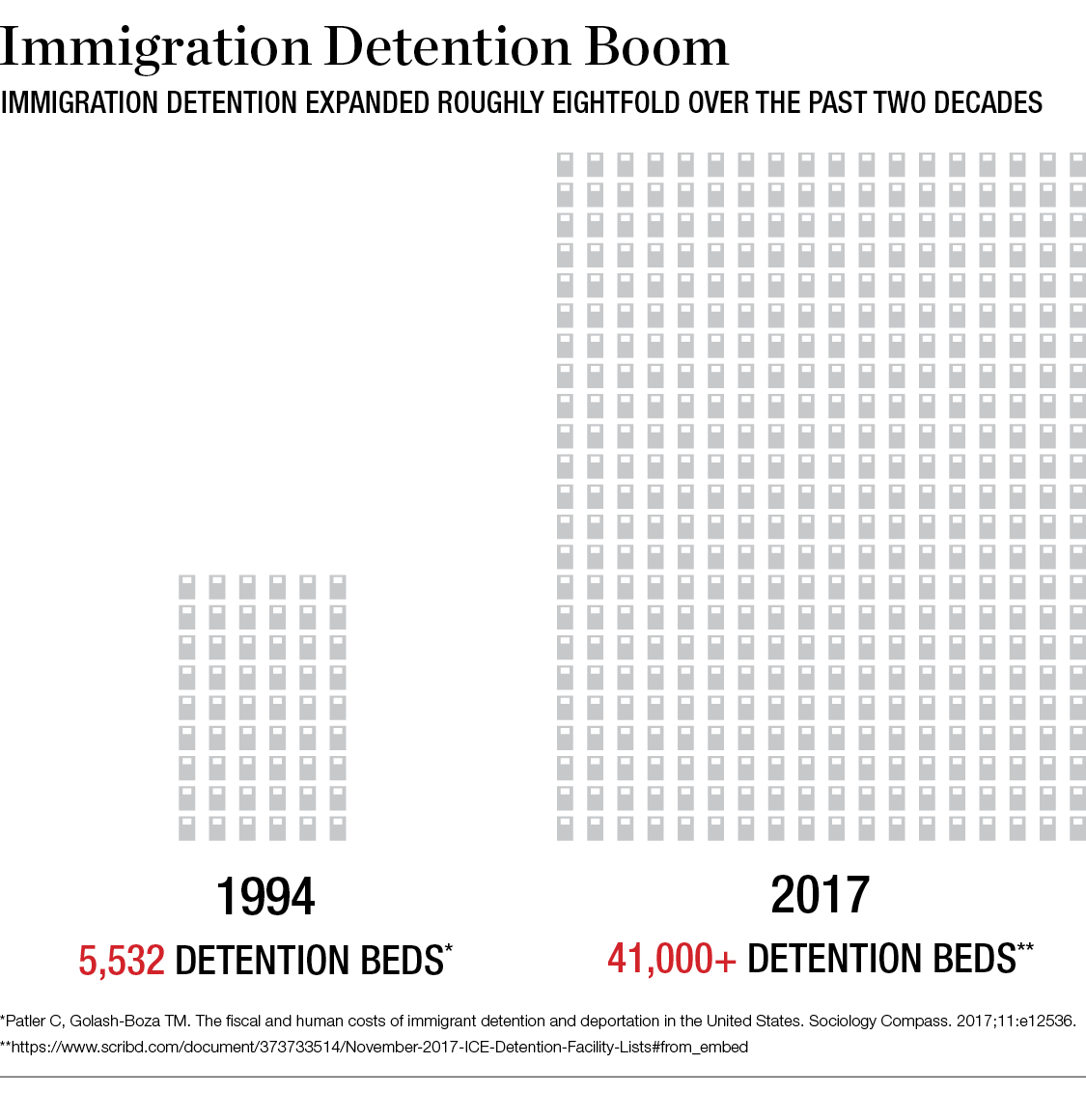 In 2014, current and former detained immigrants who were forced to work at private detention centers began to file class-action lawsuits alleging violations of federal and state labor laws.

The SPLC filed the lawsuit against CoreCivic in conjunction with the Law Office of R. Andrew Free, Project South, and Burns Charest LLP.

The Southeast Immigrant Freedom Initiative (SIFI) is a project of the SPLC that enlists and trains volunteer lawyers to provide free legal representation to detained immigrants facing deportation proceedings in the Southeast.