While the number of anti-LGBTQ hate groups listed by the SPLC in 2021 remained flat at 65, the movement had one of its most successful years peddling anti-LGBTQ legislation as hundreds of bills were introduced across the United States. Alongside this legislative push, especially of anti-trans legislation, we also saw an extreme increase of fatal violence against trans and gender-non-conforming individuals numbered into the 50s. Anti-LGBTQ groups continue to peddle pseudo-science, spew demonizing rhetoric and further attack the LGBTQ community through legislation under the guise of “religious liberty.”

Anti-LGBTQ groups marked several victories at the federal level. The Equality Act was passed by the House in February with the support of three Republicans. However, it was blocked in the Senate for lack of the votes to overcome a filibuster.

In March 2021, Assistant Secretary for Health Rachel Levine became the first transgender person confirmed by the Senate. Her confirmation hearing was marred by transphobia, however, as Sen. Rand Paul quoted pseudoscience-based statistics from the SPLC-listed hate group American College of Pediatricians.

In June, the Supreme Court held in Fulton v. City of Philadelphia that the city could not deny a Catholic organization a contract because the organization refused to comply with the city’s nondiscrimination policy, specifically by denying foster status for LGBTQ individuals, alongside Jewish and Mormon individuals. Anti-LGBTQ groups were deeply involved in legal cases to gut Roe v. Wade that are expected to culminate in a Supreme Court ruling in 2022.

On the state level, legislators introduced over 250 anti-LGBTQ bills, many of which were designed to deny transgender youth from participating in sports. Twenty-four of the bills were enacted, more than the total for the past three years.

The past year saw unprecedented violence against transgender and gender-nonconforming people, with a total of 56 people killed, as documented by the Human Rights Campaign. The most frequent victims were women of color, especially black transgender women. In past years this number has steadily climbed in the U.S., and it has been reported that 375 transgender people were killed globally in 2021.

On top of the looming threat of physical violence and attempts by anti-LGBTQ groups to slow and reverse progress made on LGBTQ rights, a study published by UCLA’s Williams Institute in September showed 46% of LGBT workers had experienced unfair treatment at work in some point in their life. Further, 57% of those who reported unfair treatment believe it was motivated by religious beliefs. Such widespread mistreatment of LGBTQ workers is shocking when seen against efforts to prevent improvements in diversity and equal treatment at work. A Dec. 7, 2021, piece by SPLC and the Center for Media and Democracy found that Lisa Nelson, the CEO of the powerful lobbying organization American Legislative Exchange Council (ALEC), has said ALEC is working with an allied coalition to push back against companies’ attempts to expand racial equality or take positions on issues like systemic racism or voting rights. The coalition Nelson described, Back to Neutral, includes the anti-LGBTQ hate groups Alliance Defending Freedom (ADF) and Family Research Council (FRC). The coalition has defended the idea that Amazon should allow customers to donate via its website to SPLC-designated anti-LGBTQ groups such as ADF and FRC.

The anti-trans movement has renewed its push under the guise of “Parental Rights.” Legislators in Florida have introduced a “Don’t Say Gay” bill that would restrict discussions of sexual orientation and gender identity in schools based on vague criteria and processes. The rhetoric of parental rights is not new to the right, nor is it confined to anti-LGBTQ legislation. This kind of rhetoric has also been used to censor inclusive education and sex education in schools. The idea behind “parental rights” is that schools are secretly indoctrinating children. For the anti-LGBTQ movement, this rhetoric, coupled with its use in legislation, could be used specifically to out LGBT youth, ban any books with mentions of LGBTQ community or history, and censor curricula that deal with the LGBTQ community.

We can expect to see more legislation that restricts and denies affirming care for transgender youth and demonizes at-risk LGBTQ youth. A concerted effort is already underway to ban books on LGBTQ representation in schools and libraries at the state and local level. In the first week of 2022, anti-trans bills had been proposed in seven states.

And in February, Texas Gov. Greg Abbott enlisted the help of the Department of Family and Protective Services in an official directive to investigate “sex-change” procedures as child abuse and that any caregivers, nurses, doctor or educator must report any instant of said child abuse, otherwise they will face “criminal penalties for failure to report.” Abbott also targeted gender-affirming facilities to be investigate by DFPS. This was following an opinion released by Texas Attorney General Ken Paxton stating that gender affirming care for trans and non-binary youth was “child abuse.” Paxton’s opinion is not backed by any legal case ruling in Texas and ignores a consensus among major medical associations in the United States, along with widely accepted standards of care, which are based in evidence and peer-reviewed.

This targeting of transgender, non-binary and gender-conforming youth isn’t new, but the all-out mischaracterization of gender affirming care on a state level and then criminalization of it as child abuse is an extreme escalation. Trans and non-binary youth suffer from extremely high rates of suicide and bullying. According to the National Survey on LGBTQ Youth Mental Health 2021, conducted by the Trevor Project, this risk to mental health increases for transgender and non-binary youth of color. 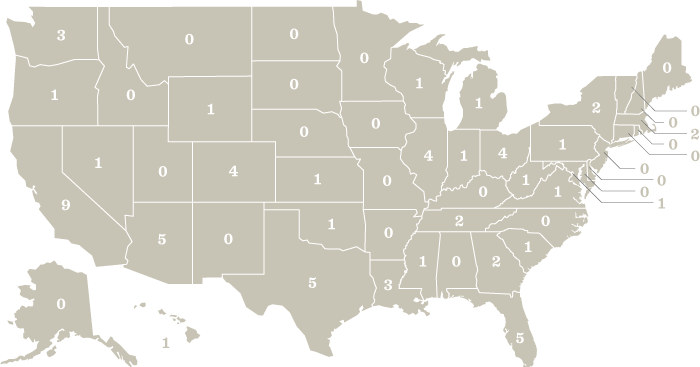 Anti-LGBTQ groups on the SPLC hate list often link being LGBTQ to pedophilia, claim that marriage equality and LGBTQ people in general are dangers to children, that being LGBTQ itself is dangerous and support the criminalization of LGBTQ people and transgender identity. These groups also believe in a conspiracy called the “homosexual agenda” that seeks to destroy Christianity and the whole of society.

Viewing being LGBTQ as unbiblical or simply opposing marriage equality does not qualify an organization to be listed as an anti-LGBTQ hate group.

Anti-LGBTQ groups primarily consist of Christian Right groups but also include such organizations as the National Association for Research and Therapy of Homosexuality (NARTH) that purport to be scientific. Anti-LGBTQ groups in America have employed a variety of strategies in their efforts to oppose LGBTQ rights, including engaging in the crudest type of name-calling. Many leaders and spokespeople of SPLC-designated anti-LGBTQ groups have described LGBTQ people as “perverts” with “filthy habits” who seek to “convert” or “recruit” the children of straight parents into a “homosexual lifestyle.”

Others link being LGBTQ to pedophilia and claim that LGBTQ people are threats to home and society. Others disseminate disparaging “facts” about LGBTQ people that are simply untrue – an approach no different to how white supremacists and nativist extremists propagate lies about Black people and immigrants to make these communities seem like a danger to society.

World Congress of Families/International Organization for the Family
Rockford, IL*