Anti-Muslim hate groups dropped to 50 active groups in 2021, from 72 in 2020. Despite diminishing in sheer numbers, these groups remain a political force in the United States, particularly within right-wing media and politics. The drop was largely from inactivity from ACT for America chapters, Soldiers of Odin, and other local groups.

2021 marked the 20th anniversary of the Sept. 11 terrorist attacks. The attacks spurred an organized network of groups devoted to vilifying Islam, a network that still thrives today. In 2021, President Biden rescinded Trump’s discriminatory travel ban restricting visitors from predominantly Muslim countries, to the dismay of anti-Muslim hate groups. In the post-Trump era, some anti-Muslim groups are expanding their focus from single-issue Islamophobia to other hot-button conservative causes such as manufacturing hysteria around critical race theory, China, the U.S. Southern border and the government’s response to the coronavirus. But anti-Muslim groups’ wholesale opposition to resettling Afghan refugees in the U.S. underscores that they remain Islamophobic at their core.

National and local opposition to refugees is likely to continue into 2022. The Biden administration announced plans to increase the United States’ refugee cap to 125,000 starting Oct. 1, 2021. This will seek to reverse historic lows set by Trump, only resettling 7,637 refugees in 2021. Anti-Muslim groups will also try to build and fortify their political connections. ACT for America’s Brigitte Gabriel was pictured with right-wing Reps. Marjorie Taylor Greene and Lauren Boebert at an invite-only radio event in Washington, D.C., hosted by an anti-immigrant hate group. Gabriel and other Islamophobic figures are members of the secretive and influential right-wing coalition Council for National Policy. 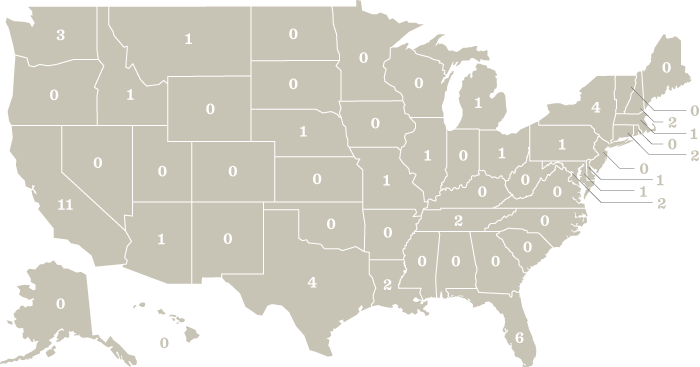 Anti-Muslim hate groups spread disinformation, prejudice and conspiracy theories about Muslims and Islam. The groups portray those who worship Islam as fundamentally alien and attribute to its followers an inherent set of negative traits. This includes denigrating Muslims and their faith as being monolithic, irrational, intolerant, and a violent threat to American society. This rhetoric is often reinforced by a broader political landscape that marginalizes and others affected peoples, including Muslim communities.

These groups typically hold conspiratorial views and frame Islam as a foreign threat to the U.S. This includes presenting Islam as not only a potential violent threat, but also a cultural one. Anti-Muslim groups accuse Muslims of being a fifth column intent on undermining and eventually replacing American democracy and Western civilization with Islamic despotism, a conspiracy theory known as “civilization jihad.” Anti-Muslim groups engage in a variety of activities to spread hate, though groups can vary in their approach and tactics. This may include publishing Islamophobic content, holding large-scale demonstrations and conferences, and calling to halt Muslim immigration and refugee resettlement programs. It can also entail challenging the construction or expansion of mosques, making derogatory statements about Muslim political candidates and elected officials, and working to pass anti-Muslim legislation.

Many of the anti-Muslim groups form a constellation of interconnected, tight-knit organizations. These groups are known to share staff, board members and sources of funding. They also stay consistent and disciplined in their messaging and conspiracy theories about Islam.

These groups vary in scope and role. Some, like Washington, D.C.-based Center for Security Policy, serve as think tanks churning out reports raising the specter of Sharia law. Sharia is a set of guiding religious principles that anti-Muslim hate groups try to twist into something insidious to sow fear of Islam. The David Horowitz Freedom Center also serves as a think tank as well an umbrella for other Islamophobic projects such as Robert Spencer’s hate blogsite Jihad Watch and FrontPage Magazine, a web publication featuring the writings of anti-Muslim and far-right authors.

ACT for America seeks to have a presence in the Beltway pushing Islamophobic and nativism legislation, while also operating a network of semi-autonomous chapters throughout the country. Islamophobic figures such as David Yerushalmi of the American Freedom Law Center have a hand in crafting anti-Muslim legislation and provide legal counsel to other anti-Muslim groups. Other state and city-based hate groups take on local opposition campaigns like derailing refugee resettlement efforts and working to pass anti-Sharia legislation.

Islamophobia continues to be intertwined with U.S. politics. Islamophobia is often deployed by political candidates to gain votes.  Anti-Muslim groups have cultivated allies in Congress and among other political networks. Elected officials such as Sen. Ted Cruz, R-Texas, and Rep. Louie Gohmert, R-Texas, among others, remain staunch allies to these groups, appearing at events they organize.

Anti-Muslim groups and figures are sometimes given platforms at such large-scale political events as the Conservative Political Action Conference as well as at smaller events put on by local groups. Figures including Brigitte Gabriel and Frank Gaffney are reported members of the Council for National Policy, a secretive right-wing coalition aimed at influencing policy. Anti-Muslim figures also enjoy clout among right-wing and conservative news media.

Islamophobia and anti-Muslim bigotry are nothing new in the United States. But prior to Sept. 11, 2001, there was not an organized movement dedicated to spreading Islamophobia, like there was for other hate movements. This changed after the 9/11 terrorist attacks, when a cottage industry of disinformation peddlers was built virtually from the ground up. Led by activists such as Pamela Geller, Robert Spencer and Brigitte Gabriel, its goal was to poison any debate about the religion of Islam and depict Muslims as fundamentally at odds with America.

In the years after 9/11, these groups and figures were able to capture an audience racked with fear and uncertainty to spread their anti-Muslim bias. They were able to flourish and be influential amidst the backdrop of America’s “War on Terror,” bias Countering Violent Extremism programs, and support governmental efforts to criminalize and spy on Muslim communities.

It wasn’t until the Obama administration that the movement began to crystallize as a sophisticated network of groups and activists. Conspiracy theories swirled of former President Barack Obama being a practicing Muslim himself and in the pocket of the Muslim Brotherhood, a favorite bogeyman among anti-Muslim groups. In 2010, such anti-Muslim figures as Pamela Geller and Robert Spencer flexed their influence when they showed up in opposition to the proposed site of an Islamic community center in lower Manhattan, dubbing it the “Ground Zero Mosque.”

Former president Donald Trump was later able to tap into this and make Islamophobia a cornerstone of his administration. Anti-Muslim hate groups had unprecedented access to the White House under Trump. Figures associated with hate groups received jobs in Trump’s administration in policy areas like immigration and national security. Some hate figures also served as unofficial advisers and bragged about having a line to the president through some of his cabinet and staff. Trump implemented policies long championed by anti-Muslim groups such as the Muslim ban and a low cap on refugees. President Joe Biden’s election left anti-Muslim groups without their top political ally. But Islamophobia preceded Trump and continues to be prevalent since he left office.