Neo-Confederate group numbers declined in 2019 as the largest neo-Confederate hate group, the League of the South, lost several chapters. The League has faced recruitment challenges since its presence at the Unite the Right rally in Charlottesville, Virginia, in 2017. Ongoing lawsuits related to that event hinder its activities, and challenges to Michael Hill’s fitness as leader have sown divisions among members. Neo-Confederate propaganda group Identity Dixie effectively networked with other groups in the broader radical right but faltered when the SPLC published an expose about the group’s leaders and its structure and history.

In April, two members of the hate group Heirs to the Confederacy were arrested in North Carolina after defacing a slave memorial on the University of North Carolina-Chapel Hill campus with urine and racial slurs. They were found guilty of the charge of injury to real property in September. In July, the SPLC published an investigation into Identity Dixie that revealed the names of prominent members along with the group’s structure and influence. Since then, Identity Dixie has severely curtailed its online presence. In October, regional League of the South leader Jessica Reavis was arrested for an alleged firearms violation (and later convicted) at a Confederate monument demonstration. 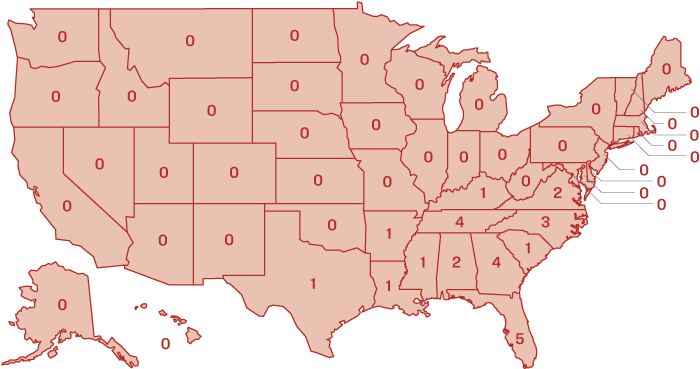 An overall conservative ideology, neo-Confederacy has made inroads into the Republican Party from the political right and overlaps with the views of white nationalists and other more radical extremist groups.

In this regard, neo-Confederacy is best viewed as a spectrum, an umbrella term with roots dating back as early as the 1890s. It applies to groups including the United Daughters of the Confederacy (UDC) of the 1920s and those resisting racial integration in the 1950s and 1960s. In its most recent iteration, neo-Confederacy is used by both proponents and critics to describe a belief system that has emerged since the early-1980s in publications like Southern Partisan, Chronicles and Southern Mercury, and in organizations including the League of the South (LOS), the Council of Conservative Citizens and the Sons of Confederate Veterans.

As regards far-right American hate groups, the term “neo-Confederate” refers to a specific subset of American white nationalism predominant in the Southeastern U.S. which fuses the typically strong, nativist immigration policies, Christian dominionism, Confederate “heritage and pride,” and other supposedly fundamental values of the “heritage crowd” with a belief in the inherent superiority of whites of European descent.

Neo-Confederacy represented a much more unified front in the late 20th century when there was a great degree of cross-membership between groups like the League of the South, Abbeville Institute, Ludwig Von Mises Institute and American Renaissance, among others.

A concerted effort was made by many of these groups’ leaders to cast off the old conception of white supremacy so often tied to the image of the Ku Klux Klan — at that point (and to this day) a constellation of groups with shared symbols and structure often viewed as thoroughly compromised by federal informants — and adopt a more academic veneer.

While this strategy had some successes, its novelty and efficacy soon faded as older leaders died and groups either failed to pull in new recruits or slid rightward into the hate movement, as in the case of the League of the South.

When describing neo-Confederate hate groups, there are two notable entities with any clear level of leadership and organization, namely the League of the South and Identity Dixie, the latter an offshoot of the white nationalist blog and podcasting site “The Right Stuff” (TRS), which has grown since its formation in 2017 due to substantial overlap with LOS.

In the shared conception of LOS and Identity Dixie, an independent South would stand for the rejection of a standing army in favor of unregulated state militias, the right of citizens to own any firearms they may purchase, the right of states to secede from the new Confederate States of America (CSA), closed borders and restrictions on the rights of “non-citizens.”

Both groups would tend toward a description of “the Southern people” that was given by League president Michael Hill in 2004:

“In 2004, I began to publicly speak on the fundamental notion of Southern nationalism. That is, I began identifying the Southern nation correctly as the Southern people (whites) and not as a current or defunct political entity … we stand for the Anglo-Celtic people of the south and that we defend our historic Christian faith.”

Hatewatch does not list “heritage,” paleo-libertarian or “constitutional” groups like the SCV, UDC, Ludwig Von Mises Institute, the Rockford Institute, Virginia Flaggers or South Carolina Secessionist Party as hate groups, though they have strong neo-Confederate principles and choose to spend their time and money valorizing the darker parts of our history. Yet in their effort to gloss over the legacy of slavery in the South, these groups strengthen the appeal of Lost Cause mythology, opening the door for violent incidents spurred by the rhetoric of cynical individuals and groups like the League and Identity Dixie.

The term “Lost Cause of the Confederacy” refers to a collection of political and historical myths that form the bedrock of many notable neo-Confederate slogans. “Heritage not hate” and “states’ rights” have shared roots in the post-Reconstruction effort to revise the indisputable fact of why the South seceded from the union in the 1860s: slavery.

While most Lost Cause exponents would balk at brazen racism, a recent study by the Southern Poverty Law Center’s Teaching Tolerance in partnership with Survey USA shows that more mild forms of the mythology have permeated the American education system to an alarming degree.

In a survey of high school seniors, only eight percent surveyed can identify slavery as the central cause of the Civil War. Two-thirds (68 percent) don’t know that it took a Constitutional Amendment to formally end slavery, and fewer than one in four students (22 percent) can correctly identify how Constitution provisions privileged slaveholders.

Among the report’s recommendations was the suggestion that teachers and schools remedy this deficit of understanding by teaching on the subject of the Civil War and American slavery through use of original historical documents.

Using this approach, the Lost Cause myth of the “state’s rights” justification for secession popular among neo-Confederates falls flat when viewed in the context of primary source historical documents.

Five of 11 states that seceded during the Civil War explicitly mentioned slavery in their ordinances of secession. From the Alabama ordinance of secession:

Be it further declared and ordained by the people of the State of Alabama in Convention assembled, That all powers over the Territory of said State, and over the people thereof, heretofore delegated to the Government of the United States of America, be and they are hereby withdrawn from said Government, and are hereby resumed and vested in the people of the State of Alabama. And as it is the desire and purpose of the people of Alabama to meet the slaveholding States of the South, who may approve such purpose, in order to frame a provisional as well as permanent Government upon the principles of the Constitution of the United States.

In each of the other six states, prominent elected representatives spoke of slavery’s integral nature to their economy and body politic.

I do not think it comports with the honor and self-respect of Louisiana, as a slaveholding State, to live under the Government of a Black Republican President.

“Lost Cause” proponents have developed a long list of excuses and explanations for these statements which clearly advocate for the continuation and advocacy of slavery.

Some groups, such as the League of the South, recognize that denying the outright bigotry of the antebellum South is an ineffective bargaining strategy when advocating for the preservation of Confederate monuments. The League has become quite brazen on the question of slavery.

If you think you have to apologize for or rationalize slavery, ‘racism,’ segregation, or any other actions our attitudes of our Southern forebears, then you don’t belong in The League of the South.

Flags, monuments and other symbols

The Charleston Emanuel AME church shooting reignited a long-running debate over the meaning and prominence of neo-Confederate iconography in the public square. Neo-Confederates can hardly be described as a unified front, although almost all advocate for the continued display of the Confederate Battle Flag (CBF) and statuary devoted to generals like Lee, Davis and Jackson at courthouses and in squares across the United States.

SPLC Designated Hate Group
League of the South
Killen, Ala.