Similar to hate groups across the far right, in 2021 neo-Völkisch adherents homed in on contrived issues regarding critical race theory, anti-mask campaigns and anti-COVID-19 vaccine conspiracy theories. As much of neo-Völkisch ideology centers on misplaced fears about the replacement of white people, many hate groups focused on homeschooling in 2021 as a means to disrupt the flow of accurate educational information about the history of racism and iterations of structural oppression in the United States.

Many adherents to the neo-Völkisch ideology also latched on to conspiracy theories about safety and inoculation measures against the COVID-19 pandemic being aimed at controlling and ultimately suppressing white people. Similar to other hate group members, neo-Völkisch adherents opportunistically harness conspiracy theories to avoid contributing to an equitable, multiracial democracy.

Again in 2021, the Asatru Folk Assembly hosted numerous events at each of their three hofs, located in Brownsville, California; Linden, North Carolina; and Murdock, Minnesota. The group hosted their largest event to date in Brownsville with 153 guests for Midsummer.

While several new groups emerged in 2021, each has at least prior, if not current, associations with the Asatru Folk Assembly. Dakota Prairie Asatru, made up largely of former members of the Asatru Folk Assembly, hosted several events in North Dakota and maintained social media accounts and a website to espouse rhetoric analogous to that of their former organization.

2021 was also a year of increased expansion across various social media platforms. Adherents have turned to platforms such as MeWe and Telegram and moved away from more mainstream spaces, such as Facebook.

In August 2021, Matt Flavel, national leader of the AFA, announced that the group had begun scouting locations for a fourth hof, or meeting hall. Per the group’s January 2022 newsletter, the group has settled on a location in Florida and are waiting on appraisal to be completed. Thus, with the continued acquisition of event spaces, the membership and relevance of the Asatru Folk Assembly grows.

Across the Neo-Völkisch landscape, adherents’ reliance on imagery and myths of a romanticized Viking Era seeks to transcend nationalism and wield whiteness as it suits their ill-conceived ends. The aesthetic these groups masquerade behind and the malleability of their messaging, coupled with connections to and coordination with the AFA, will ensure their relative stability in 2022. 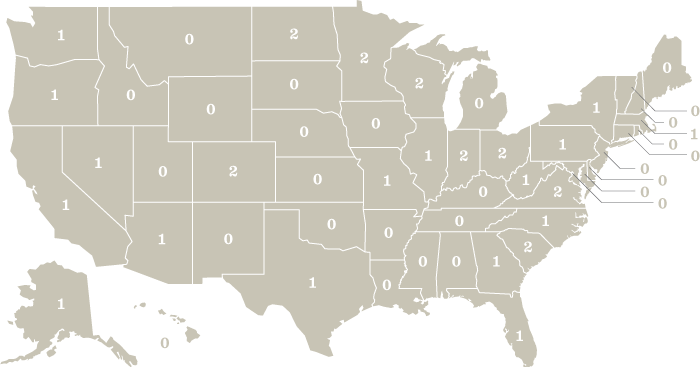 Neo-Völkisch adherents base their spirituality on the survival of those descended from white Europeans and the preservation of what they claim are dead or dying cultures. Such individuals and groups use a variety of terms to describe their spirituality such as Odinism or Wotanism, but sometimes they co-opt other non-racist denominations such as heathenism, Asatru or paganism. Qualifiers like “Norse tradition,” “Germanic” or “proto-Germanic” are sometimes attached to those terms.

These categorizations can be confusing, as no form of paganism is inherently bigoted. Some believers actively distance their religion from neo-Völkisch dogma. Neo-Völkisch groups in the U.S. that embrace racial, ethnic and/or cultural essentialism generally identify themselves and their groups as “Folkish” and/or “Folk”-rooted, English translations of the German words “Völkisch” and “Völk,” respectively. While some neo-Völkisch groups attempt to cloak their ethnic exclusivity in claims centering on the victimization of white people, other groups overtly promote racial supremacy.

Present-day Folkish adherents also couch their bigotry in baseless claims of bloodlines grounding the superiority of one’s white identity. At the intersection of hypermasculinity and ethnocentricity, this movement seeks to defend against the unfounded threats of the extermination of white people and their children.

A late 2017 Instagram post by the Asatru Folk Assembly (AFA), this country’s largest neo-Völkisch hate group, exemplifies how Folkish adherents profess their urgency for preserving Folkish ways. The post’s caption, drawing on a popular racist meme, reads: “In these mixed-up times it is important to remember not only that it is okay to be white but also that we owe to our descendants the same sturdy roots from which we ourselves have grown.”

Origins of the Neo-Völkisch ideology

While neo-Völkisch hate groups romanticize pre-Christian Viking culture in slick, stylized manners, the foundations of the ideology emerged in the mid-19th century.

Two of the foremost thinkers in these ideological groundings were Austrian nationals Guido Karl Anton List and Adolf Josef Lanz. The pair are better known by their pseudonyms, Guido von List and Jörg Lanz von Liebenfels, respectively. Aggrieved by the acceleration of societal change during their lifetimes – particularly stemming from the Industrial Revolution and a perceived lack of ethnic cohesion exacerbated by foreign influences such as Catholicism – these men recoiled from times they felt were further dividing their people.

Von List and others promoted notions that visible biological differences determine one’s intellect and worth. Their ideas intersected popular concepts at the time, such as “Social Darwinism,” which applied the biological competition for survival to economics, politics and social power.  Von List capitalized on the popularity of such concepts to argue that those of Germanic descent have always been superior. Such notions guided his development of “Armanism” (also known as “Ariosophy”), a belief system premised on pseudo-scientific notions of Aryan purity and the mystical indivisibility of spirit and body. Von List presented such ideas in his text from 1910, The Religion of the Aryo-Germanic Folk: Esoteric and Exoteric. Arriving on a crest of von List’s work, von Liebenfels later developed his own popular theory within Ariosophy. Liebenfel’s Theozoology developed into a quasi-religious doctrine intermingled with sciences like biology and zoology to classify humans into a racial hierarchy.

With similar beliefs bound to genetic essentialism, Ariosophists relied on occultism to bolster the myth of Ariosophy and Aryan peoples within influential social circles. Some of those circles were crucial in cultivating and helping propel the National Socialist German Workers’ Party to power under Adolf Hitler during the 1920s and into the 1930s.

Neo-Völkisch ideology debuted in the United States in the late 1960s and gained traction through the early 1970s with help from Stephen McNallen and Danish immigrant Else Christensen. In 1969, McNallen created the Asatru Free Assembly in Northern California, the precursor to the present-day Asatru Folk Assembly. At the same time, Christensen founded the Odinist Fellowship in Crystal River, Florida.

McNallen remains a seminal figure in the Folkish community. His idea that religion and genetic inheritance are intrinsically tied is fundamental to the argument that Folkishness should be practiced only by white individuals of European descent. McNallen asserts this in his essay titled “Metagenetics” (1985), writing that “we are thus a religion not for all of humanity, but rather one that calls only its own.” Pernicious notions of heredity underpin his “dogma,” despite his occasional past protestations to the contrary.

Despite McNallen’s explicitly racist ideas, some neo-Völkisch contemporaries have criticized him as a race traitor due to their perception that he has failed to consistently support white supremacy. Most notable among those critics were David and Katja Lane. Along with Ron McVan, the couple founded another important Folkish group in the early 1990s, Wotansvolk.

David Lane was a member of the neo-Nazi terror cell The Order, which rose to prominence in 1984 after waging a campaign of hate that included murder, the bombing of a synagogue, counterfeiting and a series of robberies. Lane is credited with authoring the “14 words” slogan and the “88 Precepts,” a series of tenets that many white supremacists and Folkish devotees use to guide their life choices. In his own writings, Lane, who was more straightforward than McNallen, believed that “the White race cannot share Gods, religion, technology, food, women, territory or anything of value with another race,” and that the tribal, ethnocentric, Wotanist society he envisioned would be attainable only after a period of oppressive dictatorship.

More recently, McNallen disposed of aforementioned facades, particularly in a video monologue on race in which he quotes Lane’s “14 Words” verbatim. Titled “What I Really Think About Race” and posted to Alt-Right.com in 2017, McNallen states: “We need to change our attitude. We need to say … ‘I will defend my race.’ I will fight for my race, primarily with words and ideas, but I will fight more literally if I have to.” Similarly, in an effort to justify AFA’s views after the Southern Poverty Law Center listed it as a hate group in 2018, Matt Flavel, the current national leader of the AFA, defended his group, describing it to the Appeal-Democrat newspaper as a “folkish religion, as opposed to a universal religion.” He continued, “So, we believe each ethnic group has a right to their belief and to the divine.”

The Neo-Völkisch ideology and the radical right

In line with rhetoric adopted by much of the far right,  Folkish devotees veil their ethnocentric beliefs in arguments for the necessity of micro-societies, or tribes, to preserve their ethnicity and combat alleged white genocide. Despite their rebuke of modernity, leaders have embraced various social media platforms to spread Folkish ideology.

While outward-facing violence rarely erupts from the Folkish movement, it is premised on an ethnically or racially charged warrior pathos. This mentality further entrenches the asymmetry of power and agency between men and women. Fetishized images of hyper-masculinity, juxtaposed with nurturing femininity, reinforce misogyny and rigid gender roles within Folkish spheres. This objectification is conflated with notions of cherishing women as keepers of the home and bearers of life. However, this apparent pedestal forces women into subdued and regulated roles, a trend that undergirds the far right.

Since the movement’s inception, Völkisch adherents explain away this sexism with intricate narratives. In von List’s aforementioned text on the Aryo-Germanic Folk, he claimed, “They held women and marriage in such high, divine reverence and issued such strict laws against mixed marriages and bastardization, since they also recognized that the strength of the race was founded only on its unity and purity.” Casting the female body as a vessel for purity and genetic unity is nothing if not a manifestation of patriarchal violence with implications reaching far beyond the immediate misogyny.

As the neo-Völkisch ideology came to coalesce in the U.S., Lane sought to substantiate its tenets through extensive writings. His most well-known phrase, “We must secure the existence of our people and a future for white children,” echoes throughout the white supremacist movement. At its core, this concept necessitates control over women’s bodies and reproductive functions. As restrictions on reproductive agency have always converged with white supremacy, such belief systems are not explicit to the far right but undergird much of the politicized arguments surrounding reproductive healthcare. More in-depth essays by Lane claim that “males are designed to capture females,” a pursuit he believes women amicably indulge because “nothing makes a woman happier than to be desired by a great warrior.”

Given these ruminations on gender, feminism is approached with contempt and accused of undermining the so-called natural order. These rigid gender roles continue to bolster Folkish groups, as evidenced by Flavel’s August 2017 Facebook post: “Today we are bombarded with confusion and messages contrary to the values of our ancestors and our folk. The AFA would like to make clear that we believe gender is not a social construct, it is a beautiful gift from the holy powers and from our ancestors. The AFA celebrates our feminine ladies, our masculine gentlemen and, above all, our beautiful white children.”

View all groups by state and by ideology.
*Asterisk denotes headquarters

Hate & Extremism
2017: The Year in Hate and Extremism