With almost no young recruits, the racist skinhead movement’s prominence within this country’s white power movement has been diminishing steadily for years. In 2020, the SPLC listed 36 racist skinhead chapters, down from 48 in 2019. SPLC recorded another multi-year decline in 2021, registering  just 17 chapters. Image-conscious white nationalist groups and militant neo-Nazi groups are attracting the younger generation, while new racist skinhead groups are exceedingly rare and generally emerge from the fragments of existing groups. No group is recruiting in significant numbers. Some of the movement’s former leaders have migrated into other far-right groups, such as the Proud Boys, that align themselves behind former President Trump.

For the second year, the American Defense Skinheads (ADS) helped organize  a small concert in Pennsylvania in October. The show attracted a few dozen attendees and was co-organized by Keystone State Skins, or Keystone United, another racist skinhead hate group listed by the SPLC. Bands that performed included some associated with ADS and the Atlantic City Skinheads, also listed by the SPLC.

Individuals associated with the Atlantic City Skinheads (ACS) traveled to Mexico City, Mexico, in October for a concert. In 2022, individuals associated with ACS are already connecting with people booking concerts featuring a range of subcultural musical styles also co-opted by racists including electronic, industrial, black metal, neo-folk, noise and hardcore. These events will bring together newer bands with other hate groups and labels. The American Defense Skinheads have encouraged these new relationships.

The movement will continue to stagnate and slowly lose relevance in this country. White nationalist groups and milieus like that of white power accelerationism have emerged to replace the racist skinhead movement among younger recruits, both in posture and intent.

Since its emergence in Britain in the early 1980s, the racist skinhead movement has always existed to promote hate violence and to enact it. In November 1988, three racist skinheads in Portland, Oregon, beat an Ethiopian student named Mulugeta Seraw to death with baseball bats. In April 1999, a Mexican immigrant named Irineo Soto Aguilar was murdered in Lakeside, California, by three racist skinheads who crushed his skull with chunks of concrete. In October 2007, a racist skinhead strangled a 62-year-old gay man in Oklahoma City as a rite of passage in his gang. In 2012, a racist skinhead attacked worshippers at the Sikh Temple of Wisconsin, in Oak Creek, Wisconsin, killing seven people who were preparing the day’s communal meal. These tragedies and similar acts of violence inflict lasting trauma on families and communities.

Some police departments now have bias-crime detectives, with many focused on threats racist skinhead crews have posed locally. Racist skinheads have also become a regular element in prisons and juvenile corrections facilities, further exemplifying the central role bigotry plays in shaping our criminal justice system. The U.S. military also has had to contend with racist skinheads in its ranks. Hate music from racist skinhead bands resulted in movement leaders such as William Pierce making millions of dollars. The hate music scene in this country has always maintained a nearly symbiotic relationship with racist skinheads, and the two have dwindled in some ways together. 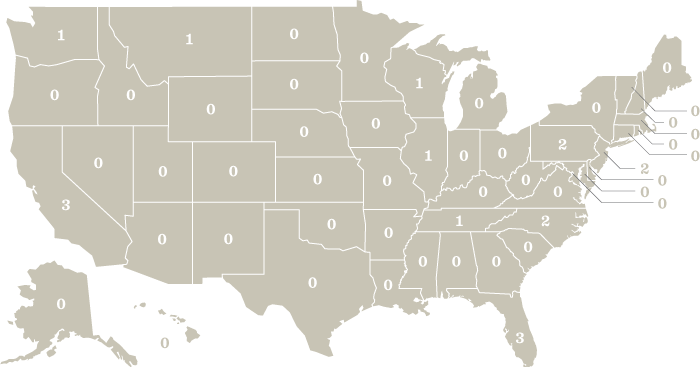 14/88: Common white supremacist code. 14 stands for the "14 words" slogan coined by David Lane, who died in prison while serving a 190-year sentence for his part in the assassination of a Jewish talk show host: "We must secure the existence of our people and a future for white children." 88 means "Heil Hitler," as H is the eighth letter of the alphabet.

28: Shorthand for Blood and Honour, a skinhead group

Boot Party: Beating a victim to the ground then stomping and kicking him or her with steel-toed boots.

Curbing or curb job: Breaking a victim's jaw or neck by forcing his or her face against a street curb and kicking the back of the victim's head; popularized by the 1998 movie "American History X"

Dr. Martens (aka Doc Martens): Brand of durable boots popular with skinheads. Racist skinheads often lace the boots differently and wear either white or red laces to distinguish themselves from other wearers of the popular footwear.

Homey Sock: Pool ball in a sock wrapped in tape so it doesn't split open when used as a weapon.

Five words: "I have nothing to say." Skinheads are exhorted to give this standard response to law enforcement and media inquiries.

Fresh cut: A newly indoctrinated skinhead whose head has recently been shaved for the first time.

Hammerskins: A nationwide skinhead syndicate, also known as Hammerskin Nation, with regional factions and chapters that once dominated the racist skinhead movement in the United States.

Hang-around: A young person who associates with a skinhead group, but is not yet a probate.

Probate: A "member in waiting" who is on probation with a group before he or she can become a full-fledged member.

RAHOWA: Short for "racial holy war," a slogan that originated with the neo-Nazi Church of the Creator; also the name of a defunct racist band.

Straight-laced: A complex boot-lacing system favored by racist skins who lace their boots in horizontal, straight lines rather than X or cross patterns.

White laces: Bootlace color identifying a skinhead as being "white power," as opposed to non-racist ("traditional") or anti-racist skin.

ZOG: Shorthand for Zionist Occupation (or Occupied) Government," reflecting the neo-Nazi conspiracy theory that the American government is secretly controlled by a powerful Jewish cabal.

Hate & Extremism
2017: The Year in Hate and Extremism
Court docs: Suspects in 'Martyr's Day' beating of black man were wearing Crew 38 attire
A day after a neo-Nazi is convicted of murder, associates of the country's oldest, most violent skinhead groups charged with hate crimes
END_OF_DOCUMENT_TOKEN_TO_BE_REPLACED