The number of white nationalist groups continues to decline after their numbers peaked at 155 in 2019. Many nationwide networks have contracted or entirely fallen apart, marking a movement away from sprawling membership organizations to highly centralized ones. The founders of the podcast platform The Right Stuff, for example, once organized dozens of “pool party” groups around the country, but now focus their energy on the National Justice Party, a racist and antisemitic political party.

Many of the most prominent leaders in today’s white nationalist movement define their primary goal as challenging what they call “Conservatism, Inc.” Such figures as Nick Fuentes, a livestreamer who was present outside the U.S. Capitol at the Jan. 6 insurrection, are trying to harness the grievances of Trump supporters into an openly ethnonationalist political movement – one they hope will become the core of the Republican Party. Fuentes has made allies within the political mainstream, including Rep. Paul Gosar, R-Ariz., who spoke at Fuentes’ annual America First Political Action Conference in February 2021.

Overall, the movement’s energy has shifted into more mainstream spaces in the aftermath of Jan. 6. Ideas once confined to the organized white power movement are now openly discussed within the broader political right, disintegrating the boundary between them. The white supremacist “great replacement” conspiracy, which claims that white people are being systematically replaced across the Western world by “multiculturalists” and Jews, is now cited as a reality by some elected officials and cable news pundits, for example.

White nationalist Nick Fuentes livestreamed from outside the Capitol on Jan. 6, where he was surrounded by members of his “America First” movement. One rioter entered the Capitol draped in an “America First” flag. Less than two months later, Rep. Paul Gosar spoke at Fuentes’ America First Political Action Conference. In March, Fuentes announces he was forming the America First Foundation, devoted to “finish[ing] what President Trump started in 2016.”

The National Justice Party convened several meetings this year where white nationalist groups – including Patriot Front, Media2Rise and Antelope Hill – met to network. The largest of which, held in November, attracted roughly 150 participants. Patriot Front held its own demonstrations throughout the year, including ones in Chicago, Philadelphia and Washington, D.C. Despite their disciplined public image, activists have continually penetrated the organization and leaked its internal communications. As a result, identities of many Patriot Front members have been made public.

In a major rebuke to racist right, the jury in Sines v. Kessler found that some of the most prominent figureheads and groups in the white nationalist movement conspired to intimidate, harass or commit harm during the 2017 Unite the Right rally in Charlottesville, Virginia. In total, the jury awarded $26 million in damages.

While an accelerationist wing – one singularly focused on bringing a fascist state into existence through violence – continues to organize on places like Telegram, members of the white nationalist movement are placing much of their energy into harnessing the anger and resentment of Trump supporters into a broad authoritarian movement. They hope to convince white Americans that they are persecuted by “anti-white” ideas and policies, including the adoption of inclusive education in schools. This movement could cause further disruption and violence, especially as the country heads closer to the next election cycle.

The movement will also continue to focus on building a “parallel society” of white nationalist institutions, companies and online platforms – a move that is, in part, a response to social media and tech companies’ efforts to deplatform extremists. Nick Fuentes now has his own platform that allows himself and other racist livestreamers to monetize their content. Andrew Torba, the Gab CEO who has partnered with Fuentes, is at the forefront of the push to create what he calls the “parallel Christian economy.” Torba is investing the company’s resources into building a platform where white nationalists and antisemites will not only be able to make posts, but also monetize content, advertise goods and services, and process payments. 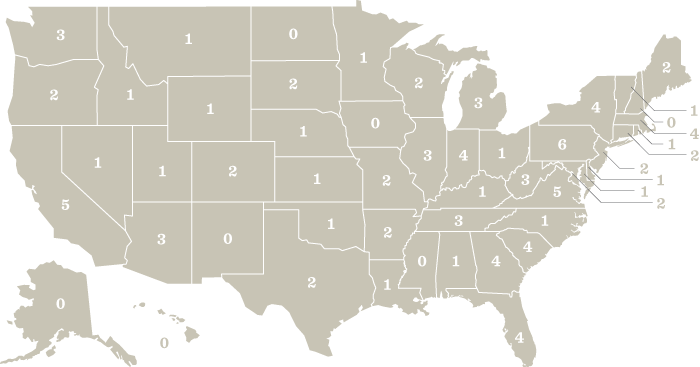 Adherents of white nationalist groups believe that white identity should be the organizing principle of the countries that make up Western civilization. White nationalists advocate for policies to reverse changing demographics and the loss of an absolute, white majority. Ending non-white immigration, both legal and illegal, is an urgent priority – frequently elevated over other racist projects, such as ending multiculturalism and miscegenation – for white nationalists seeking to preserve white, racial hegemony.

White nationalists seek to return to an America that predates the implementation of the Civil Rights Act of 1964 and the Immigration and Nationality Act of 1965. Both landmark pieces of legislation are cited as the harbingers of white dispossession and the so-called “white genocide” or “great replacement” – the idea that whites in the United States are being systematically replaced and destroyed.

These racist aspirations are most commonly articulated as the desire to form a white ethnostate – a calculated idiom white nationalists favor in order to obscure the inherent violence of such a radical project. Appeals for the white ethnostate are often disingenuously couched in proclamations of love for members of their own race, rather than hatred for others.

This platitude collapses under scrutiny. Two favorite animating myths of white nationalists are the victimhood narrative of black-on-white crime – the idea that the dominant white majority is under assault by supposedly violent people of color – and the deceptively titled “human biodiversity,” the pseudo-scientific ascription of human behaviors, in this case along racial lines, to “non-negligible” genetic difference among humans. Appeals to the “empirical science” of human biodiversity are frequently coupled with thinly veiled nods to white, racial superiority.

In addition to their obsession with declining white birth rates, these themes inspire some of the most powerful propaganda that animates and drives the white nationalist movement.

Adherents frequently cite Pat Buchanan’s 2001 book, The Death of the West, which argues that these declining white birth rates and an “immigrant invasion” will transform the United States into a third world nation by 2050, as the text responsible for their awakening, or “red pill.”

Antisemitism is deeply woven into the modern-day white nationalist movement, whose adherents use Jews as scapegoats for their perceived cultural and political grievances. White nationalists often argue that Jews are orchestrating the “great replacement” – making people of color, who they believe to be less intelligent and more easy manipulated, into the numerical majority of Western countries in a bid to secure complete political control. Kevin MacDonald, the author of The Culture of Critique – a trilogy of books alleging a Jewish control of culture and politics with evolutionary psychology – has been cited by innumerable white nationalists as the person who introduced them to the idea of a Jewish conspiracy.

White nationalists also commonly pass through paleoconservatism – an anti-interventionist strand of libertarianism that seeks to limit government, restrict immigration, reverse multicultural programs and deconstruct social welfare programs. Some of the most prominent voices in the movement’s recent history, including Richard Spencer, Jared Taylor and Peter Brimelow, did stints at Taki’s Magazine, the most prominent paleoconservative journal.

Strategies for pursuing the white ethnostate fall into two major categories: mainstreaming and vanguardism. Mainstreamers believe that infiltrating and subverting the existing political institutions is the only realistic path to power. They aspire to convert disaffected “normies” to their politics and advocate for white nationalists to seek esteemed and influential positions in society where they can access resources otherwise unavailable to avowed racists. This path often requires white nationalists to disguise their politics and compromise on their most extreme positions. Mainstreaming allows those sympathetic to white nationalism to pursue or enact policies furthering white nationalist priorities. These policies aren’t always exclusive to white nationalism, such as immigration restriction or the elimination of social welfare programs.

Vanguardists believe that revolution is the only viable path toward a white ethnostate. They believe that reforming the system is impossible and therefore refuse to soften their rhetoric. They typically seek to reform what they believe to be an “anti-white” establishment through radical action and often openly advocate for the use of violence against the state and people they perceive to be their political enemies. Though acts of violence, they believe, they can further polarize politics and accelerate what they view as the inevitable collapse of America.

The racist so-called “alt-right” was the most prominent strand of the white nationalist movement during the 2016 presidential campaign and the first half of the Trump presidency – a political moment that allowed activists to temporarily paint over cracks that have historically divided the movement. Composed of a broad coalition of far-right activists and groups, the alt-right hoped to push ethnonationalism into the political mainstream. But after the 2017 Unite the Right rally in Charlottesville, Virginia, alliances faded into infighting when the movement came under intense public and legal scrutiny, including a civil suit that ultimately found many of the most prominent leaders and groups in the alt-right liable for $26 million in damages.

Growing disillusioned with trying to achieve their political goals through mainstream channels such as electoral politics and mass organizing, an “accelerationist” wing, focused on bringing about the collapse of society, has gained a prominent place within the movement. This violence-obsessed subset predominantly congregates on the messaging platform Telegram, as well as other “alt-tech” platforms that do not moderate users’ content. But, especially in the aftermath of the Jan. 6 insurrection, a large part of the white nationalist movement remains focused on bending the mainstream right toward open ethnonationalism. These actors want to build alliances with Republican elected officials, create their own political parties and institutions, and, especially, cultivate a cohort of young, radical activists within the GOP.

Groups listed in a variety of other categories – Ku Klux Klan, neo-Confederate, neo-Nazi, racist skinhead and Christian Identity – can also be fairly described as “white nationalist.” As organizational loyalty has dwindled and the internet has become white nationalism’s organizing principle, however, the ideology is best understood as a loose coalition of social networks orbiting online propaganda hubs and forums.

Colchester Collection, The
Machias, ME*

School of the West
Page, AZ*

The Base
Washington*
Indiana
Wisconsin