A fresh crop of 'intellectuals' joins the radical right. 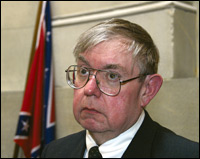 With the February 2005 death of columnist and Council of Conservative Citizens editor Sam Francis, the radical right lost its most important thinker. But little more than a year after Francis' death, a whole group of "academic racists" is being cultivated by some of the country's leading extremist groups. That is no surprise — white supremacists have spoken frequently of the need to rejuvenate the ranks of their intellectuals. Francis told his acolyte, Joel LeFevre, that "the next generation has to step up to the plate and begin assuming responsibility for the future of this movement." Jared Taylor, who edits the racist journal American Renaissance, agreed. "You don't want something to be so full of old dopes that it disappears or dies," he told the Intelligence Report. The eight men profiled below are not all youngsters, but they are new blood for academic racism. 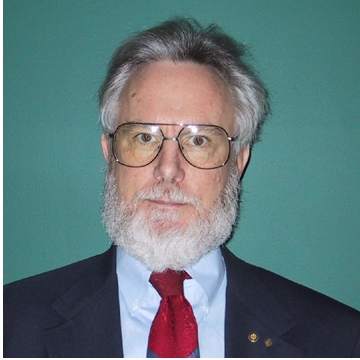 An acolyte of racist publisher William H. Regnery, Louis Andrews has become increasingly important in academic racist circles in recent years. Going back to the 1990s, Andrews has run a website called "Stalking the Wild Taboo" meant "for sociopolitical thinkers unfettered by submission to the power of the pejorative," by which Andrews means for those unafraid of being called racist. More recently, Andrews, a graduate of the College of Charleston who did some graduate work in history at the University of South Carolina, was named managing editor of The Occidental Quarterly, a racist journal published by Regnery's Charles Martel Society, and a director of the National Policy Institute, another hate group that was started recently by Regnery. Andrews has written widely on such matters as race and intelligence, but he also publishes large amounts of work from likeminded allies. Through his company L.R. Andrews, Inc. (www.lrainc.com), he runs Washington Summit Publishers, which reprints a range of classical and modern racist tracts, along with books on eugenics, the discredited "science" of breeding better humans. Washington Summit also sells the works of Kevin MacDonald, which Andrews says show why "anti-Semitism is a naturally expected and powerful phenomenon."

A long-time admirer of Sam Francis, Anthony Boor edits several sections of the Citizens Informer, the newsletter of the white supremacist Council of Conservative Citizens Francis ran until his death in 2005. Boor and his mother Diana are highly active in the CCC chapter in St. Louis, where CCC boss Gordon Baum lives, joining in rallies and numerous other events. He also runs a CCC E-list, Citizens Council News Update. In a 2003 CCC symposium on reparations for slavery, Boor called that idea "a gargantuan hustle," "nothing more than opaque sucker bait in order to lure whitey and his government into filling their [blacks'] pockets so they can live high off the hog for decades to come." He also rejected the idea of a breakup of the country into racial mini-states because, he said, it would be tantamount to "decline and retreat," whereas whites should instead be pushing for ways "that non-white America could become white, or at least livable for whites." Boor, who won a special CCC "membership award" in 2004, remains enamored of Sam Francis, a writer whom he regularly refers to as "The Bard." 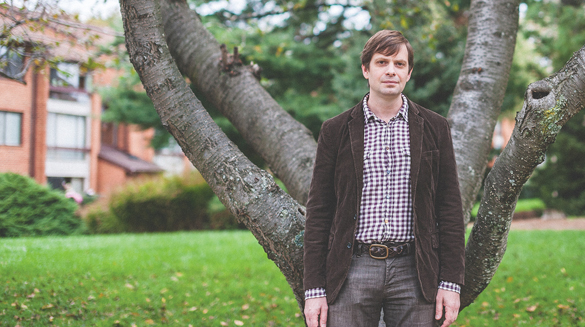 With a 2001 Ph.D. in literature from the State University of New York, Ian Jobling is the website editor for American Renaissance, the racist journal run by Jared Taylor and his New Century Foundation. His early interests included Darwinian literary criticism, such as the article he wrote arguing that the Sir Walter Scott classic, Ivanhoe, was actually about the biological drive to seek justice through revenge. As co-moderator of American Renaissance's AR List, Jobling was the first on that E-group to ban posts about Jews, arguing that such talk "lowered the quality of discussion." He had no such compunctions about discussions of non-whites, arguing that Western values of democracy, free speech, and the rule of law "will gradually disappear as non-whites gain in numbers and power." Elsewhere, in his 2003 essay "Competitive Altruism and White Self-Destruction," Jobling argued that whites are too caring to protect their own interests. That same year, Jobling, along with two co-authors from academia, hit the big-time with the publication in Human Nature of the article, "Proper and Dark Heroes as Dads and Cads: Alternative Mating Strategies in British Romantic Literature." After interviewing a series of women about romantic novels, the authors concluded that, in the short term, women prefer men who are "cads," leading to temporary media-sensation status for Jobling and the others. 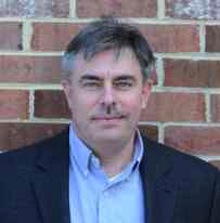 Until his firing in 2005, Kevin Lamb was an editor who had reached the heights of conservative journalism, serving as managing editor of Human Events magazine and also The Evans-Novak Political Report. That ended after his boss, Thomas White, fired him from both positions after learning from the Southern Poverty Law Center that Lamb was simultaneously editing the white supremacist journal The Occidental Quarterly. After his firing, Lamb wrote a bitter essay saying that several fellow employees had known of his work for the racist quarterly, including Al Regnery, the conservative publisher who owns Human Events and The Evans-Novak Report. In fact, Lamb had written for racist publications going all the way back to the early 1990s, when he published works in Mankind Quarterly. He also edited a 2002 book on Glayde Whitney, a racist academic who once wrote a fawning introduction for former Klan leader David Duke. Today, Lamb, a graduate of Indiana University with a political science degree, continues as editor of The Occidental Quarterly and is also the communications director for the National Policy Institute, a racist think tank, both of which were started by William H. Regnery, a cousin of Al Regnery's.

Just weeks after Citizens Informer Editor Sam Francis selected him as successor, Joel LeFevre had to take up the reins of the racist Council of Conservative Citizens' publication because of Francis' sudden death, putting out his first issue in March 2005. LeFevre had been a regular participant in the monthly roundtable discussions that Francis hosted at the Sala Thai Restaurant in Arlington, Va., but only joined the CCC, he told the Intelligence Report, after CCC boss Gordon Baum assured him that the group was not anti-Semitic. LeFevre's attitude toward Jews, however, does not extend to black people. He rejects the Constitution's Fourteenth Amendment, which gave former slaves citizenship, calling it "an abomination — a death knell not only to the old confederation of States, but to the white race itself." He owns a website devoted to R. Carter Pittman, a Georgia lawyer who battled school integration. This March, he endorsed "kinism," a new strain of racial separatism that wants America broken up into racial mini-states. Policies supporting integration, LeFevre wrote, "seem 'fair' to a lot of people, but they are insidious ... . [V]ery simply, without some level of discrimination, no nation ... can permanently exist at all. 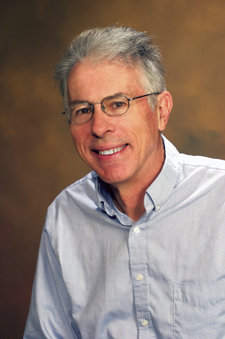 Kevin MacDonald, a professor of psychology at California State University-Long Beach, is the man the radical right hopes will make anti-Semitism respectable. With a master's degree in evolutionary biology and a Ph.D. in biobehavioral sciences, MacDonald is the author of a trilogy of books, written between 1994 and 1998, that argue that Jews use a "group evolutionary strategy" to survive in the "host" societies where they are typically tiny minorities. The "strategy" involves backing democracy, equality, socialism and the like in order to weaken the dominant ethnic group — the idea being that that will keep Jews safer. An example of his thinking came in a recent posting to the V-Dare hate website: "Despite the fact that Jews constitute less than 3% of the U.S. population, the Holocaust has become a cultural icon as a direct result of Jewish activism and influence in the media, Israel has become a sacred cow ... and the role of Jewish organizations in helping unleash massive multiethnic immigration into the U.S. ... goes unmentioned." In one of his books, MacDonald blames the deaths of "millions of people" on "the failure of Jewish assimilation into European societies." He has even suggested that colleges restrict Jewish admission and that Jews be heavily taxed to offset the Jews' "advantage ... of wealth." In a recent film, MacDonald says that by supporting immigration and multiculturalism, Jews "have wanted to essentially end European domination of this society." MacDonald is on the advisory committee of the National Policy Institute, a racist think tank, and is a frequent contributor to The Occidental Quarterly, a white supremacist journal. 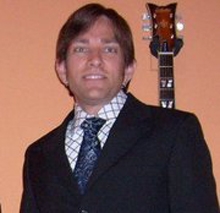 With a bachelor's degree in computer engineering from Ohio State University, Kyle Rogers has become a key player in the white supremacist Council of Conservative Citizens since first joining the CCC's Ohio Valley chapter in early 2001. He told the Intelligence Report that he joined after tiring of "the media telling us that everything Southern and everything European is bad." Today, Rogers lives in Charleston, S.C., where he moved in 2004 for "business" reasons, and heads the local CCC chapter. He is on the group's national board of directors and is also its main webmaster, says CCC leader Gordon Baum. Rogers owns Patriot-Flags.com, an online store that sells a variety of flags -- along with "White Pride Worldwide" T-shirts that can only be accessed via a link on the CCC's home page (he was selling the shirts at this year's American Renaissance conference, a racist meeting in Herndon, Va.). Rogers leads one of the most active chapters in the CCC, and has held repeated rallies at the South Carolina Capitol to protest undocumented workers. He urges members of the CCC to remind the Republican Party that it should be "standing up for whites."

Born in Chicago and holding degrees in political science, history and geography from Indiana University, Stephen Webster is the assistant editor of American Renaissance, a racist journal whose staff he says he joined in 2001 after a career in insurance, conservative politics and academia. Webster has become a chief spokesman for the magazine and frequently answers the group's phone, which is located in Editor Jared Taylor's home in Oakton, Va. Over the years, he has become best known for his relentless retellings of what he calls "The Wichita Massacre," the horrific murders of four whites by two black brothers. Webster's beef is that while the brothers were arrested and charged with capital murder, prosecutors consistently ruled out race as a motive and did not seek hate crime penalty enhancements. That mantra has been picked up across the far right — by players including former leftist David Horowitz and the far-right Accuracy in Media's publications — even though there is no evidence at all that the crime was, in fact, racially motivated.