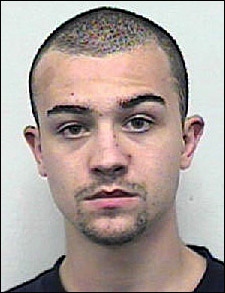 Once again, it appears that The Turner Diaries, neo-Nazi William Pierce's fictional 1978 saga of racist terrorism, is influencing violent right-wing extremists. This time, however, it was not a racist killer who was inspired, but a tattoo shop worker opposed to abortion.

In a plea agreement between prosecutors and Paul Ross Evans, who tried but failed to blow up an Austin, Texas, abortion clinic, it emerged that the novel, which inspired Timothy McVeigh's deadly 1995 Oklahoma City bombing, was found during a search of his apartment. Evans, 27, was sentenced to 40 years in prison for attempting to use a weapon of mass destruction in Austin last April 25.

According to the FBI, Evans packed a cooler with a propane cylinder, a foot-long copper pipe, a mechanical timer, potassium nitrate, a model rocket detonator and two pounds of nails and left it outside the Austin Women's Health Center. The clinic's business manager noticed the package in the parking lot at 2:15 p.m. After ordering the clinic evacuated, authorities used a robot to detonate the bomb.

Evans was arrested after the Texas Joint Terrorism Task Force traced materials in the bomb to a nearby Wal-Mart, where Evans purchased the cooler and other bomb materials with a credit card a day before his attack. Found on his person were addresses of a stem cell researcher, a pornography company, and an Austin attorney who argued the 1973 Roe v. Wade case that decriminalized abortion.

It wasn't Evans' first brush with the law. He was paroled in 2005 after a burglary and robbery conviction that resulted from a 2002 crime spree in which he stole a pickup near his hometown of Lufkin, Texas. During that spree, Evans robbed a convenience store and held up a Whataburger restaurant with a pellet gun.

Evans' planned attack was the first abortion-related attempted bombing of 2007, according to the National Abortion Federation (NAF). Since 1977, the NAF reports a total of 5,622 incidents of abortion-related violence — including seven murders, 17 attempted murders, 41 bombings, 173 arsons, 378 attempted bomb or arson attacks, and four kidnappings. The NAF data also show that the most serious kinds of violence — murder, attempted murder and bombings — tailed off in the late 1990s, after years of increasingly negative publicity about such crimes.

In a related matter, convicted assassin James Kopp, who murdered Dr. Barnett Slepian in 1998, was sentenced to life in prison a second time in June for violating the federal Freedom of Access to Clinic Entrances Act. He was earlier convicted of state murder charges. At the same time, Canadian authorities said they were hoping to interview Kopp, who is suspected of sniper shootings that wounded physicians who provide abortions in the cities of Vancouver, Winnipeg and Hamilton.