The 27-year-old militia leader from Fairbanks had been arrested almost a year earlier for approaching a law enforcement officer without revealing that he was armed. His contempt for the legal process was obvious from the start. Cox, who holds antigovernment "sovereign citizen" beliefs, told a court officer that "we know where all the [state] troopers live, we have you outmanned and outgunned and could probably have you all dead in one night."

It was apparently no idle threat. 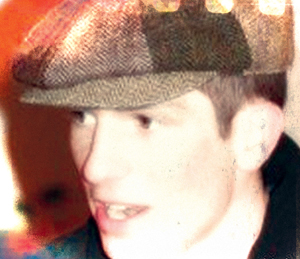 Francis Schaeffer Cox is accused of masterminding a murderous revenge plot aimed at law enforcement and judicial officials. “I know you’re ready to die,” Cox told his followers in comments taped by the FBI, “but you also have to be ready to kill.”

By then, authorities allege, Cox had made a momentous decision. He would skip his trial and go underground. He began to prepare the small, trusted group of militiamen for the bloody "war" that could follow. "I know you're ready to die, but you also have to be ready to kill," Cox told them.

Surveillance had already begun. And the weapons needed to carry out the assaults were stockpiled in secret caches. They included eight pineapple grenades, a grenade launcher, .50-caliber and .30-caliber machine guns, dozens of high-powered assault rifles and thousands of rounds of ammunition. The signal for the attacks, Cox said, would come via his Twitter account — "00SchaefferCox."

What Cox didn't know was that the FBI was recording every word of the Feb. 12 meeting of his "command staff," and that two FBI informants had infiltrated the ironically named Peacemakers.

On March 10, after a series of additional meetings (also overheard by FBI agents), Cox and four other members of the Fairbanks-area militia were arrested on a host of state and federal charges, including conspiracy to commit murder, kidnapping and arson. Four defendants — Cox, Lonnie and Karen Vernon and Coleman Barney — were held without bail. Bail for the fifth, Michael O. Anderson, was set at $2 million. All have pleaded not guilty. Barney's wife Rachel also was charged with harboring Cox while he was a fugitive. In addition, the Vernons stand accused of threatening to kill an IRS agent and the federal judge who oversaw their recent tax evasion case.

The case highlights the growing threat to law enforcement from radicals within the antigovernment "Patriot" movement, which encompasses armed militias as well as "sovereign citizens" who believe the government has no authority over them. The Alaska case also brings to mind a similar plot in Michigan that resulted in nine members of the Hutaree Militia being indicted in March 2010 on charges that included seditious conspiracy and attempted use of weapons of mass destruction. Prosecutors say they conspired to murder a police officer and then attack the officer's funeral procession with homemade missiles and bombs, potentially killing hundreds of other officers. The Hutaree leaders hoped to spark a war against the enemy they hated: the U.S. government.

Though it received scant national publicity, the Peacemakers case has raised eyebrows — not just because of the violence envisioned but because of Schaeffer Cox's proximity to power in mainstream Alaska politics. He's appeared at events alongside a number of conservative political luminaries in the state and claims to personally know former Gov. Sarah Palin and 2008 GOP Senate nominee Joe Miller.

Shortly after the Peacemakers arrests, a YouTube video surfaced that showed Cox with U.S. Rep. Don Young (R-Alaska) at the 2009 signing of a "declaration letter" drafted by Cox and circulated by his Second Amendment Task Force. The video was shot during an "Open Carry Day" rally in which sympathizers — including Young, a member of the National Rifle Association's board of directors — wore unconcealed weapons into a fast-food restaurant. Cox's declaration called on "sovereign Americans" to "alter or abolish" any government that tries to "further tax, restrict or register firearms" or prevents individuals from exercising their "God-given right to self-defense [that] precedes all human legislation." A spokesman for Young later said the congressman "has absolutely no affiliation with Mr. Cox" and that the declaration simply encourages voters to choose candidates who will defend gun rights.

Miller, the 2008 Senate nominee, denies more than a passing acquaintance with the young militia leader. But the two are connected through Miller's former bodyguard, William Fulton, who made national news when he handcuffed a journalist at one of Miller's "Town Hall" events. Authorities believe Fulton helped supply weaponry to the Peacemakers.

From media reports about Cox, a portrait emerges of an entrepreneurial but volatile young man who straddled the worlds of religion, politics and far-right militancy. A court document describes him as "extremely paranoid and narcissistic."

He was born the son of a Baptist preacher and named for the late Presbyterian theologian Francis August Schaeffer, credited by scholars with stoking the rise of the Christian right. He was home-schooled and raised as a fundamentalist Christian. With his parents, he moved from Colorado to Fairbanks around the year 2000, then received a high school diploma through a correspondence program and briefly attended the University of Alaska. In 2008, he ran for the state House of Representatives and received 37% of the vote in a Republican primary bid to upset a GOP incumbent. He also led the Alaska primary presidential campaign for Ron Paul.

In 2009, Cox formed the Second Amendment Task Force and sought, with what appears to be little success, to align it with the Tea Party movement. That November, he was listed as an Alaska delegate to the We the People Continental Congress, which brought together Patriot leaders, conspiracy theorists, tax protesters and other radical-right leaders. The "Congress" issued a document called "Articles of Freedom," which declares that the federal government "now threatens our Life, Liberty and Property." The document also echoes sovereign citizen beliefs, calling for the rejection of the current legal system and an end to driver's licenses, auto registration and insurance. Like the anti-Semitic Posse Comitatus in the 1970s and 1980s, it asks that Americans treat county sheriffs as the highest legitimate police authority.

Cox's first known brush with the legal system came in March 2010, when he was arrested for punching and choking his wife during a car ride. He pleaded guilty to reckless endangerment and was sentenced to two years of probation.

A more serious charge followed later that month. As part of a group called the Liberty Bell Network, which claims to document instances of police abuse, he showed up at a residence that supposedly was being searched by police. He was arrested on a weapons misconduct charge when he allegedly failed to tell the police he was carrying a concealed pistol. It was this arrest that led to his "241" plan.

As his Feb. 14 trial date approached earlier this year, Cox filed numerous "nonsensical" pleadings demanding that the charges be dropped, according to court documents.

Meanwhile, authorities allege that Cox was plotting a murderous retaliatory strike. And he made plans to flee the state, saying he would take his wife and two small children to Montana but would return to Alaska to engage in "guerrilla warfare."

On the day of the trial, he met with Lonnie and Karen Vernon and another militia member at the Vernons' home. In remarks taped by the FBI, Lonnie Vernon suggested that the group form three two-man teams to attack the targets. One team would create a diversion by opening water hydrants or shooting electrical transformers. The others would go to their respective targets' house, cut the power and shoot the inhabitants as they came outside. Then, the teams would enter the houses, kill everyone else inside and set the houses on fire. The final act: Killing the responding officers.

Later, at another meeting, one militia member balked at the idea of murdering women and children. Cox allegedly responded that he "would not target a woman or child, but if their kids get killed in the process, so be it." He added that "if it gets the point across, I'm not against sending somebody's head in a box."