Residents of Spokane, Wash., are breathing easier since the arrest of Kevin Harpham, the 36-year-old white supremacist charged with planting a powerful homemade bomb along the route of the city's Martin Luther King Jr. Day parade.

City sanitation workers found the bomb, concealed in a backpack, less than an hour before the Jan. 17 march was set to begin. Disarmed without incident, the bomb was nonetheless "viable and could have caused personal injury or death," according to a joint report by the FBI and Department of Homeland Security. Designed to be detonated remotely, it contained shrapnel — fishing weights — coated in rat poison.

A person familiar with the investigation told the Seattle Times that the FBI was able to link Harpham to the bombing attempt in part through his purchase of a remote car starter and other electronics. In late March, two weeks after Harpham's arrest, federal agents seized 75 items left in a remote area near the suspect's home. Details of the items weren't disclosed, but forensics tests were being conducted. 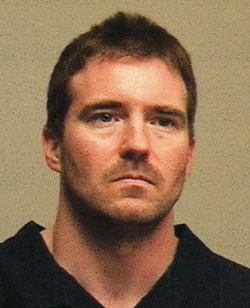 It's possible that Harpham gained experience with explosives while stationed with an artillery unit at Fort Lewis in the mid-1990s. (That's the same place where a military investigator told the Intelligence Report that he had identified some 320 racist extremists in the Army ranks around 2005.) In 2004, he was a member of the National Alliance, for decades the preeminent neo-Nazi group in the United States, according to intelligence gathered by the Report. He frequently contributed financially to a white supremacist newspaper called The Aryan Alternative.

And, using the screen name "Joe Snuffy," he wrote more than 1,000 posts on the neo-Nazi Vanguard News Network website. Many of the posts reveal a sustained interest in bombs. Harpham also wrote that he was influenced by the writings of Edgar Steele, a neo-Nazi lawyer who faces trial for attempting to hire a hit man to kill his wife. In 2006, Harpham posted, "I can't wait for the day that I snap."

Just one day before the attempted bombing, Harpham invited Craig Cobb, a fugitive running from hate speech charges in Canada, to stay in his home in the northeast Washington town of Addy. Cobb runs the white supremacist website Podblanc, which features homemade videos of neo-Nazis attacking minorities. "Rosa Parks was a shitskin communist," Cobb recorded himself saying at Parks' funeral. "I'm here to celebrate her death."

The Spokane area has a long history of white supremacist activity. Racist extremists set off multiple bombs there in the 1980s and 1990s, including three in 1996 that damaged a Planned Parenthood center, the Spokane City Hall and a branch office of the local newspaper, The Spokesman-Review. This January, neo-Nazis protested outside a Mexican restaurant with signs saying "This is White land" and "We want you out of here." The night before this year's Martin Luther King Jr. Day parade, 15 neo-Nazis demonstrated near a civil rights center in Coeur d'Alene, Idaho, about 35 miles from Spokane.

Harpham is charged with attempting to use a weapon of mass destruction and unauthorized possession of an unregistered explosive device. He pleaded not guilty to both charges and is being held without bail. If convicted, he could face life in prison and a $250,000 fine. Justice Department officials were considering adding federal hate crime charges.