The anti same-sex-marriage National Organization for Marriage prides itself on keeping criticisms of homosexuality civil and factual. But does it really?

About the worst thing said about gay men, an allegation that is regularly dragged out by certain religious-right organizations, is that they molest children at rates vastly higher than their heterosexual counterparts. It is as devastating a charge as one can make in a country where jailed pedophiles, known in prison parlance as “short eyes,” are frequently murdered by self-righteous fellow inmates.

But it is also completely false, a demonizing construct long ago debunked and denounced by virtually all relevant scientific organizations and serious researchers. That’s why the National Organization for Marriage (NOM), the leading opponent of same-sex marriage but also a group that prides itself on keeping its criticisms of homosexuality both civil and factual, does not employ the accusation.

Last Nov. 15, the Ruth Institute, a project of the NOM Education Fund, published the first eight paragraphs of an essay by anti-gay activist Michael Brown that asked what topic even far-right radio host Rush Limbaugh might be afraid to bring up in the face of “political correctness.” The part of the essay on the Ruth Institute website didn’t say what that topic was, but gave a “Keep Reading” link to a site run by an openly gay-bashing hate group, the American Family Association.

There, it took readers another three paragraphs to get to the red meat: “Could it be that the [Penn State] sex abuse scandal involved a man allegedly abusing boys, meaning that the acts were homosexual in nature? And could it be that even Rush Limbaugh didn’t have the guts to address this? (Contrary to the protestations of some, a man who is sexually involved with boys is a homosexual pedophile; a man who is sexually involved with girls is a heterosexual pedophile.)” 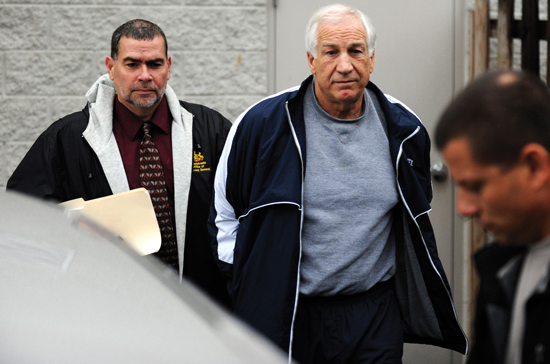 To NOM’s many critics in the LGBT community, this is par for NOM’s course. For more than a year now, gay rights activists have alleged that NOM is playing a shell game, avoiding the most egregiously false defamations of gay people on its own website, but linking directly to others who don’t. The charge had enough impact that Maggie Gallagher — who co-founded NOM in 2007, is past chairwoman of the board, and remains a key NOM spokeswoman — felt forced to respond.

In a Dec. 9 post entitled “A Link Is Not An Endorsement,” Gallagher said such an argument “would lead to the absurd conclusion” that NOM agrees with the editorial positions of The New York Times or The Advocate, an LGBT newspaper. She didn’t mention the fact that the anti-gay article “leaders” on NOM’s site are almost always presented without any hint of criticism and, to all appearances, do seem to be endorsed by NOM. Some are simply republications of essays without any introductory commentary, while others feature laudatory introductions.

Gallagher added a noteworthy comment to her recent post: “I would like to say personally that nothing in any argument I’ve ever made on gay marriage rests on the idea that same-sex couples harm their children at any higher rates than any other family form. (If there is data that shows this, I’ve never seen it.)” 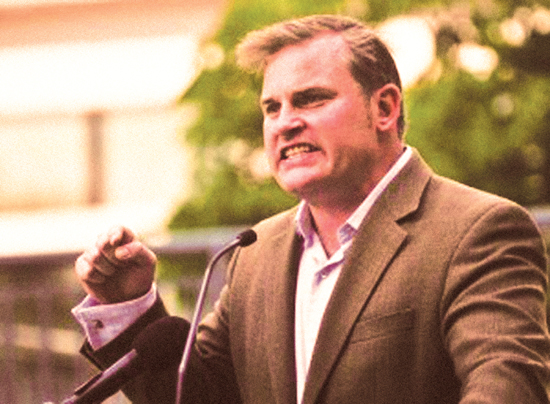 Gallagher may be entirely sincere, but sometimes it’s hard to tell. NOM seems hard-pressed to avoid talk of pedophilia as it campaigns against gay marriage.

Just this Dec. 7, for instance, NOM’s Ruth Institute posted a gushing recommendation for a book titled Same-Sex Marriage: Putting Every Household at Risk, a jeremiad by Mathew Staver, head of the anti-gay Liberty Counsel. “Anybody who cares about the future of our society should read this book,” NOM said.

Again and again, NOM seems to come back to pedophilia. Last June 8, it posted a video of U.S. Rep. Vicky Hartzler (R-Mo.) at the Eagle Forum Collegians 2011 Summit, countering arguments for same-sex marriage by warning that it would open the door to all kinds of marriages, including pedophilic unions.

“For instance, if you just care about somebody and you have a committed relationship, why not allow one man and two women, or three women, to marry? … Why not allow group marriage?” she said. Then Hartzler got to her punch line: “Why not allow an uncle to marry his niece? Why not allow a 50-year-old man to marry a 12-year-old girl if they love each other and they’re committed? So, pretty soon, if you don’t set parameters, you don’t have any parameters at all.”

And last Aug. 18, in a “Dear Marriage Supporter” open letter, NOM President Brian Brown wrote about a highly controversial group of scholars and others working to de-stigmatize those attracted to children who do not act on their impulses. “When you knock over a core pillar of society like marriage, and then try to redefine Biblical views of marriage as bigotry, there will be consequences,” he said. “Will one of the consequences be a serious push to normalize pedophilia?”

That hardly seems likely, although just five days after Brown’s post another NOM blogger suggested that the 2003 Lawrence v. Texas Supreme Court decision, decriminalizing gay sex, would “lead to the normalization of … pedophilia.” 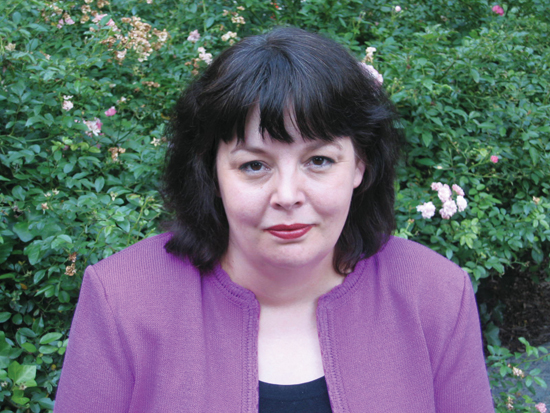 Last Aug. 31, NOM’s Ruth Institute posted video of a discussion between conservative author George Gilder and Nick Gillespie, editor of the libertarian website Reason.tv. In an introductory line on the Ruth Institute website, Gilder’s “analysis of marriage abolition via redefinition” was rated “excellent.”

After describing gay marriage as a “parody,” Gilder argues without any evidence at all that gay sex is “an addictive form of behavior” and that “young boys are quite responsive to it” and could be “inculcated.” Even if gay men don’t molest children, he seems to say, gay marriage will spur young boys to have gay sex.

Earlier that month, on Aug. 4, the Ruth Institute posted a large part of an essay from a right-wing website attacking It Gets Better, the anti-bullying program launched in the wake of a series of 2010 suicides by gay teenagers. Under a NOM headline saying the program really “makes everything worse,” the essay by Mary Rice Hasson claimed that it actually “aggressively promotes deviant sex.” After a “Keep Reading” link to another website, Hasson’s essay went on to claim that It Gets Better “proposes the false dichotomy of suicide and despair, on the one hand, and an unfettered embrace of the homosexual lifestyle, on the other.” 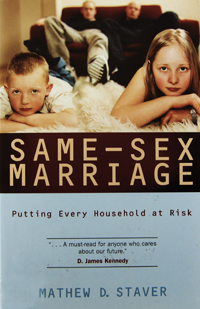 Similarly, NOM last September sent out mailers to thousands of New Yorkers warning of the “legal consequences” of gay marriage. Although virtually all of NOM’s assertions were questionable, one stood out — the claim that a sex ed teacher in Massachusetts “taught her students to perform lesbian sex.” The claim was based on an NPR story that quoted the teacher saying her state’s marriage equality law made her feel more comfortable teaching. She used charts to explain different kinds of sex to students — but did not, as NOM hints, demonstrate how to “perform” it.

NOM’s sloppiness with the facts — if that’s what it is — can be amusing. That was certainly the case this Jan. 23, when the NOM blog ran a snarky item under the headline, “Lesbian Couple Boasts About Hiding Gender of Son for Five Years.” That claim was based on a British newspaper’s story about a couple who were trying to avoid gender stereotyping in the first years of their child’s life. Just one problem: NOM was wrong about the child’s parents, who were a man and a woman.

Like other anti-gay organizations, NOM sometimes displays a sense of aggrieved victimhood, picturing itself and other religious opponents of same-sex marriage as under assault by powerful and devious forces. In an August update, NOM President Brown described a “jihad” by “those who wield scorn and hatred as a weapon to suppress the truth and those who speak it.” He said that gay marriage advocates want “second class status” for their opponents, adding, “We are looking into the face of a movement which wants … to take away your rights.” 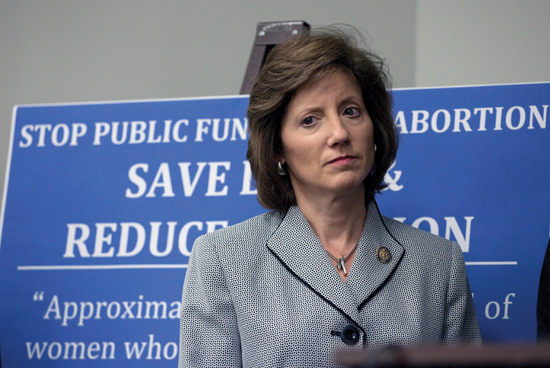 NOM’s claim of victimhood is the core element of its refusal, in the face of campaign laws in more than half a dozen states, to release the names of financial supporters of its many electoral efforts, including collecting signatures to support Proposition 8 in California, which banned same-sex marriage. (This February, the 9th U.S. Circuit Court of Appeals upheld a 2010 decision overturning Proposition 8 after it was approved in a popular vote.) Although FBI hate crime statistics show clearly that gay men and lesbians are by far the most targeted minority in America, NOM portrays donors to its many political campaign efforts as the real victims because a few who have been identified have been picketed by LGBT supporters.

NOM has consistently made this argument as it resists attempts to force it to divulge donors as required by law. As of late last year, The Huffington Post reported, four federal judges and three state boards in seven states — California, Iowa, Maine, Minnesota, New York, Rhode Island and Washington — had ruled against NOM. But NOM has appealed the rulings and has yet to release any donor names.

An October ruling against NOM by U.S. District Judge Morrison England Jr., cited by The Huffington Post, was typical: “First, while Plaintiffs characterize their evidence as voluminous and comprised of ‘virtually countless reports of threats, harassment and reprisal’ … they have pointed to relatively few incidents… . [T]he vast majority of the incidents cited by Plaintiffs are arguably … typical of any controversial campaign. For example, picketing, protesting, boycotting, distributing flyers, destroying yard signs and voicing dissent do not necessarily rise to the level of ‘harassment’ or ‘reprisals’… . Moreover, a good portion of these actions are themselves forms of speech protected by the United States Constitution.”

Most recently, the U.S. Supreme Court declined to hear a NOM appeal of a Maine appeals court decision this January, ruling that it had to disclose it donors.

Many LGBT activists believe that NOM is being wholly dishonest in its claims of victimization — that it is merely trying to protect big donors who are only too happy to work against LGBT interests, but are not willing to say so publicly. Be that as it may, NOM has been shown to be dishonest in some lesser ways.

Last October, on NOM’s newly launched New Hampshire for Marriage website, the group posted a collage of photos that included a NOM phone bank and a massive crowd carrying signs. The implication was obvious and direct — NOM can put tens of thousands of demonstrators into the streets. But there was a problem, as pointed out by the pro-LGBT Good As You website: The crowd image was actually a doctored Reuters photograph of a massive Obama rally in St. Louis. 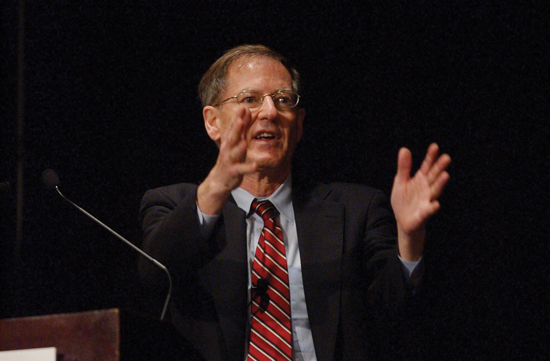 Maggie Gallagher and Brian Brown have repeatedly claimed that they are simply trying to protect marriage, that they bear no animus toward LGBT people or their sexual orientations. But again and again, signs of such animus have crept into the material issued by NOM: scary warnings about pedophilia, “addictive behavior,” “jihads” against Christians and so on. Now, as pressure ratchets up on opponents of same-sex marriage — Maryland this year became the eighth state to approve such unions, even as a federal judge found the anti-same-sex-marriage Defense of Marriage Act unconstitutional — it remains to be seen whether NOM can avoid following other religious-right groups into a world of untrammeled hate.